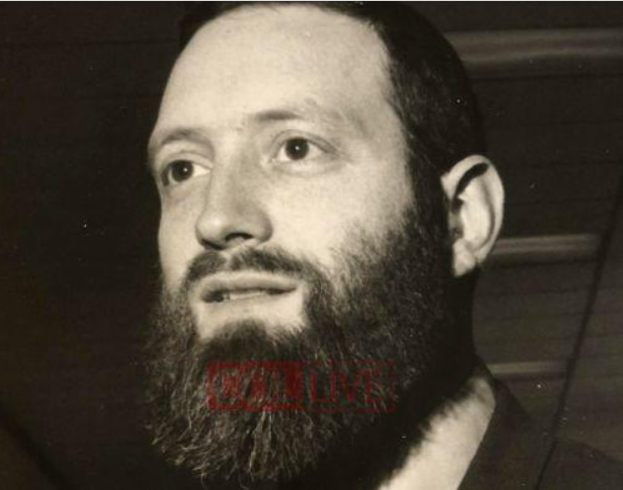 Writing this  a few days after the yaarzeit of my friend and teacher Elchonon Devor.

Sitting  at my desk in Jerusalem , in  awe of a man whose modesty encompassed him.

There is a smile on my face  when you contemplate this man, who came into my life as a Hebrew school teacher when I was ten- 62 years ago.

Elchonon Devor  lived  “kiruv” in his bones, before people knew how to spell KIRUV

Elchanon lived before “Batei Chabad” existed and before the concept of  Kiruv was widely known.

The Rebbe advised a young Elchonon  to reach out to children whose parents knew less than nothing about Torah, instead of teaching elite Jews in a Talmud Torah.

My concerns then were baseball cards, collecting stamps, devouring encyclopedias,and watching westerns, while planting  an  imaginary chart in my head, calculating  the days until my Bar mitzvah, when I could chuck this Hebrew school stuff and get on with  playing little league, instead of wasting time learning Hebrew , a language I would never use

And then it happened. This singing smiling red bearded pied piper walked into our Hebrew school class, and all bets were off. Suddenly, Hebrew school was fun.

Each week, he would teach us new chants that we would never forget.

That is how each class began. He made Hebrew school exciting.

And he made Jewish history come to life as he taught us.

On a somber note, that was year of the Eichmann trial, when Elchonon Devor  reeled  a TV into class to watch this monster on trial in Jerusalem, which he  used this  to teach us Jewish history and  faith in God.

There were stories that Elchonon Devor taught us so that we at the age of ten would never forget.

Such as the anecdote about his teacher who was taken to a concentration  camp by the Nazis while his wife and children were marched to the gas chambers.

Elchonon told us that he heard  his wife and the rest of their family  chanted psalms of the Hallel as they were taken to the gas chambers, while Elchonon‘s teacher was assigned to a work detail .

For more than sixty years , whenever I  hear the Hallel,  I think of Elchonon ‘s story of Kiddush HaShem… hearing Jews chant Hallel en route to their execution.

And I cannot forget the patience and enthusiasm that Elchonon  conveyed to young boys  , during those precious  moments of donning Tzitzit for children who had never seen a tallis katan.

And the way in which Elchonon taught us “Netilat yadaim”.

What kid is not cynical about washing hands after going to the bathroom?

And when Elchonon taught the exodus, he made the class and Tanach coming alive.

Elchonon  asked us not to see the movie TEN COMMANDMENTS. Which was showing at the time.

And our Hebrew school class never saw it.

And then the crisis hit.

We were forced to sing Christmas carols in public school.

This was just before the 1962 US Supreme court decision that disallowed prayer in public schools.

All we knew was “zum galle galle” and “hava nagila”.

Elchonon  had  a solution. He  taught us real Jewish songs to compete with the  Christmas carols

Elchonon brought in SHLOMO CARLEBACH as our music teacher

Elchonon’s class would make a star studded performance at our public school after weeks of practice.

It is that love of “zingin Torah” which I have never forgot.

Elchonon Devor inspires me to this day.

Will be sharing my work on Shleimut HaAretz,with the  family of Elchonon Devor  in the weeks to come.

Written on Erev Rosh Hodesh Elul, the day I arrived in Eretz Yisrael 52 years ago .