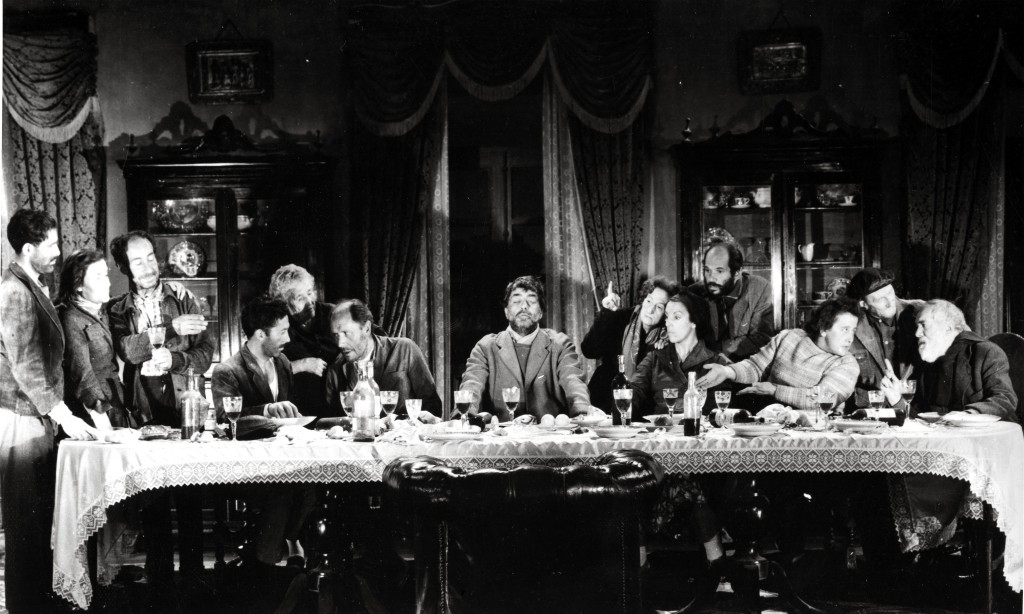 In Luis Bunuel’s eponymous 1961 film, the young postulant Viridiana leaves her convent to claim her uncle’s rural estate, and creates a refuge for local beggars. They ransack her house in a bachannalia staged to lampoon the Last Supper, and a couple of them rape her. The classic film should be mandatory viewing for European officials caught up in refugee euphoria. This is going to end very, very badly.

The Europeans, to be sure, are a pack of cynical hypocrites. If they had cared about Syrians, they might have sent a couple of brigades of soldiers to fight ISIS. But not a single European will risk his neck to prevent humanitarian catastrophe. The last time European soldiers got close to real trouble, in Srebrenica in 1995, Dutch peacekeepers stood aside while Bosnian Serbs massacred 8,000 Muslims.

The horror has now piled up on Europe’s doorstep, thanks evidently to the skill of Turkish gangs who have turned the Turkey-to-Balkans smuggling route into a superhighway. Europe said and did nothing while the global refugee count exploded from 40 million in 2010 to 60 million in 2014, according to the UN High Commission on Refugees, but was shocked, shocked to find such people on its doorstep. At this point the floodgates of European sympathy opened, and Germany declared that it would accept 800,000 fugitives, including many from the world’s most brutal war zones. From a security standpoint it is foolhardy in the extreme: 250,000 people have died in Syria’s civil war since 2011 because other people killed them, mostly with small arms or improvised explosives (such as the government’s notorious “barrel bombs”). Such killing is a labor-intensive affair, and requires the participation of many thousands of killers. It is isn’t only that ISIS (and other jihadists) are able to smuggle to Europe as many of their operatives as they care to, as ISIS itself purportedly boasts. The refugee population itself is flush with killers from both sides fleeing the war. The presence of small children does not obviate this; killers have families, too.

The Arab Gulf States accept very few Syrian refugees out of security concerns which are entirely legitimate. Thousands of Syrian migrants fought either with the Assad regime (allied to Iran, the nemesis of the Sunni Gulf States) or ISIS and al-Qaeda (which want to overthrow the Saudi monarchy).

The social pathologies that this brutal and brutalized population bring Europe will change Germany in a predictably nasty way. Even worse, the open door policy will attract an order of magnitude more such refugees, as the Interior Minister of the State of Bavaria, Joachim Herrmann, warned yesterday. To no avail: Germans have spent the past seventy years feeling bady about themselves and are determined to take this opportunity to feel good about themselves.

The refugees have given the Germans the sort of frisson of good feeling that one gets from adopting  a stray puppy. This one redemptive act, they seem to believe, compensates for the country’s criminal behavior during the middle of the past century. It is one thing to take in one stray, however, and quite another to find a pack of hungry dogs baying at one’s door. At that point one calls the dog-catcher.

Syria’s civil war was not an isolated occurrence: it was one of many fissures in an Islamic civilization which has ceased to function from the Indus River to the Meditarranean. There are 60 million refugees in the world, almost all of them within reach of Europe. Almost as many Afghan refugees have turned up on Europe’s borders as Syrians, and an increasing number of Iraqis have joined the horde. At some point the Pakistanis and Bengladeshis will hear about the bounty of the Europeans and join in as well.

The prospective size of the migrant stream to Europe, including economic migrants as well as war refugees from Africa, probably exceeds 100 million, or two orders of magnitude larger than the already very large number that Europe has agreed to accept.

Europe will have scenes of horror on its border: barbed wire, tear gas, rubber bullets, malnutrition and epidemic disease in tent camps swollen by millions of desperate people. It will also have acts of terrorism by refugees already inside its borders protesting Europe’s future refusal to accept more.

The immediate future in the Middle East does not point towards stability. The international recognition of Iran as a major regional power in the P5+1 nuclear deal will persuade the Sunni states to use whatever instruments are handy to contain Iranian power, including ISIS and assorted al-Qaeda affiliates in Syria, Iraq and Lebanon. Iran’s $150 billion windfall under the nuclear deal will allow Tehran to increase its support for the Assad regime in Syria, for Hezbollah in Lebanon, for the Houthi rebels in Yemen, and other Shi’ite elements that it has cultivated as cat’s paws. The Sunnis will respond in kind. Turkey, meanwhile, will redouble its efforts to crush the nascent Kurdish state emerging on its border in Iraq and Syria. Europe supported the P5+1 deal in part because it was the path of least resistance, and in part because it hoped to make money once the Iran sanctions were lifted. It will pay a big price for its sloth and cynicism.

The combination of sectarian and ethnic violence in a multi-player civil war will push even more desperate people towards Europe. And that does not taken into account the potential for instability among the 330 million people of Pakistan and Bengladesh, many of whom live under desperate circumstances already.

The refugee problem can’t be solved at Europe’s borders; it only can be solved before it happens, by stabilization the situation on the ground. But that would mean containing Iran’s ambitions and crushing the Sunni jihadists at the same time. Blood would spill, and not all of it local. The Europeans don’t think the Middle East is worth the bones of a single Pomeranian grenadier,” as Bismarck said of the Balkans. They will pay for their fecklessness many times over.

The 6th Palestinian BDS Campaign Conference, Held in al-Bireh: The decisions and their significance