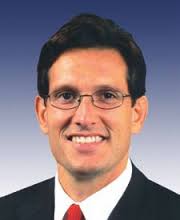 The Republican win in the House of Representatives and near-win in the Senate on Tuesday certainly give great hope to all of us who have been despairing of the direction the US government has been following the last two years. The current situation certainly doesn’t mean that all problems are over, but it does indicate a new course. In the vast electoral dissatisfaction with Obama policies that is reflected by the vote, we see the possibility of a return to sanity.

One only need listen to the words of the presumptive new Speaker of the House, John Boehner, to perceive that new direction.

Pundits are offering all sorts of predictions as to how the newly constituted Congress will affect both the political and diplomatic situation. My own crystal ball does not seem to be functioning at the moment, so the best I can offer are tentative hypotheses. Some thoughts — both my own and those garnered from others:

What is coming through loud and clear are statements from House Republicans concerning their intention to be activist and to reverse current trends — regarding the national deficit, unemployment, health care and more. The House does control the purse strings, and we must pray they will be able to fulfill those intentions at least in some imperfect measure, acting in ways that will strengthen America.

It is being said that because the two houses of Congress will be controlled by different parties, this will cause a stalemate with regard to passing legislation — with the Democratic Senate blocking what the Republican House would seek to advance. But I’m not entirely convinced that the divide on votes taken in the Senate on important issues will necessarily correspond to party lines. I suspect that some Democrats may be more willing than would normally be the case to cross the aisle. Riding on Obama’s coattails is a very risky business for any Senator who will stand for election in 2012. A show of independence might be considered politically advantageous, and since the Democratic majority in the Senate is very slim…

It is also being said that the fact that they don’t control both houses will serve the Republicans well. It will save them from accusations of being the cause of problems when things go wrong, and will enhance the possibility of a big Republican win in 2012.

Yet another major point of speculation concerns how Obama will be handling all of this. Comparisons are being made with what happened to Bill Clinton in 1994, at midterm of his first presidential term, when Republicans gained control of both houses of Congress. Clinton, an astute politician, took the pulse of the nation and moderated his policies (e.g., on welfare) — thereby setting the stage for his re-election in 1996.

Conventional wisdom has had it that Obama is too arrogant and too insular to make such pragmatic adjustments. While I don’t particularly care for her broader perspective, Maureen Dowd, writing in The NY Times the other day, did strike a tone that caught my fancy:

“Barack Obama became president by brilliantly telling his own story. To stay president, he will need to show he can understand our story. At first it was exciting that Obama was the sort of brainy, cultivated Democrat who would be at home in an episode of ‘West Wing’ [a TV show about the White House]. But now he acts like he really thinks he’s on ‘West Wing,’ gliding through an imaginary, amber-lit set where his righteous self-regard is bound to be rewarded by the end of the hour.”

Thus, at first blush, it came as a bit of surprise that last night Obama admitted to having taken a “shellacking” in the election and suggested that changes may be in order.

The Washington Times was not impressed, however. The Times editorial observed:

“…Despite that meek concession, he doesn’t appear to have gotten the order voters sent: Cease and desist. The Obama agenda has become a zombie, dead but continuing to walk among us.
“‘We were in such a hurry to get things done,’ he said defensively. ‘We didn’t change how things were done.’ The president apparently believes the American people were objecting to the process that created current troubles and not the product…Perhaps if his failed ‘stimulus’ program and bloated budget deficits had been explained better, the American people would have given them a stamp of approval.

“To the contrary, voters fundamentally rejected Mr. Obama’s preference for government action as the solution to all of life’s problems. The president pledged that he would find ways to be more effective in his job, but what the voters really want is for him to rethink his job description.”

It has been observed that the campaign just ended was focused to a very great extent on domestic affairs. But, of course, here in Israel our first concern is how the election will impact our relationship with the US and how it will affect US policy towards Iran. Our government, as is appropriate, has no comment on the election results, but surely is privately delighted.

If nothing else, Ileana Ros-Lehtinen (FL-18th), who has been serving as ranking Republican in the House Foreign Affairs Committee, should be resuming her position as Chair of that committee — a position she held before the Democrats gained control of the House in the 2008 election. Ros-Lehtinen is one very sharp lady, and one of Israel’s best friends in Congress.

In addition, Eric Cantor (VA-7th) — another staunch supporter of Israel — is now slated to be House Republican Whip (thus becoming the highest ranking Jew in the House ever).

Pundits are so mixed in their opinions of how Obama will respond now with regard to foreign affairs and “the peace process” that there is no hint of a consensus.

There are those who think he was merely waiting until after the election to come down harder on Netanyahu (so as to avoid alienating Jewish voters); and there are those who believe that the Republican victory will give him pause on this score.

Some say that since he recognizes the national discontent with domestic affairs, he will devote himself to this. Others believe that he will push on with the “peace process” in the (deluded) expectation that this can bring him a win he has not been able to achieve domestically — especially as the Congress will be gridlocked with regard to national affairs.

Jackson Diehl, writing in the Washington Post, believes that “the next 14 months will produce plenty of presidential action on foreign policy.” And David Broder, of the same paper, actually advances the possibility that Obama will lead the US in a confrontation with Iran (with an eye on the 2012 election). That’s a real stretch, but, if only…

Barry Rubin in — “How Many Barack Obamas Do You Need to Change a Light Bulb?” — suggests that how Obama responds now depends upon whether he is “both pragmatic and a politician, or…an ideologue who has no grasp of the real world.” Rubin says it’s hard to tell what he is, but my vote is firmly with clueless ideologue.

“…we see the secret…which has worked relatively well for him at home: try to maximize quiet and minimize conflict. What many have failed to recognize is that by appeasing, flattering, and engaging, Obama has avoided any open crisis or confrontation. This makes it possible to tell the American public that things are going well, they are not hated, and there is no new impending war. On terrorism, the United States has been lucky to avoid some new catastrophic attack. It is possible to argue credibly, then, that things are going okay.

“Of course, the problem with this approach is that a crisis postponed is a crisis intensified. As Iran moves toward nuclear weapons, the radicals advance, Lebanon is lost, the Turkish regime joins the enemy, Hamas is made secure in the Gaza Strip, the U.S. position in the region deteriorates.”

And when will all of this come back to bite Obama within the domestic scene? “The interesting question then is whether the foreign policy disaster will be clearly visible before or only after the 2012 election.”

“…if Obama is going to change course someone on his team is going to have to persuade him to do so.

“Secretary of State Hilary Clinton can’t do it because she is distrusted as a political rival. Secretary of Defense Robert Gates can’t do it because he is distrusted as a Bush Administration carry-over and is too much of a careerist to speak out. This leaves the White House staff, the most ideological and internationally inexperienced sector of the government. The national security advisor is now a ‘yes-man’ who isn’t going to persuade the president of anything.”