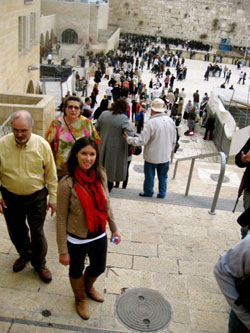 Fellow Americans, do you have any idea where and to whom your tax money goes in the Palestinian territories? Proven to distort international regulations regarding the definition of refugees and employ self-proclaimed Hamas affiliates, the 60-year-old United Nations Relief and Works Agency (UNRWA) is yet again asking its largest donor, the United States, for more funding and political support. American support to the UNRWA not only directly contradicts U.S. policy, but also has become a powerful tool in squashing progress within the Palestinian community.

UNRWA was created a year before UNHCR, the UN High Commissioner for Refugees the was constituted.. It is the only agency assigned the unique responsibility of solely aiding the Palestinian population, as opposed to the UNHCR, which is dedicated to aiding all refugees in the world.

While the UNRWA was established to provide health, education and humanitarian services to the over 4 million questionably defined Palestinian refugees across the region, recent investigations have confirmed the organizations role in perpetuating the plight of the Palestinians and encouraging the Israeli Palestinian conflict. Nevertheless, this has not stopped the U.S.’s annual $190 million contribution to the UNRWA budget.

The UNRWA perpetuates conflict in the region through two main channels: its definition of refugees and its employment of radicalized citizens.

Like no other UN body, the UNRWA’s definition of refugees includes not only the refugees themselves, but also decedents of refugees. As such, the original number of 1948 refugees has increased 400 percent to be over 4 million. This policy is clearly aimed to maximize the potential number of refugees in a politically oriented tactic to eventually distort Israeli demographics.

While every population of refugees around the world loses their refugee status the moment they gain citizenship to a country, the Palestinian refugee population has managed to maintain their refugee status even after gaining Jordanian citizenship. These hundreds of thousands of Palestinian Jordanians are still eligible for UNRWA aid and services. This policy of “citizen-refugees”1 violates the definition of the UN High Commissioner for Refugees as these disputed people in fact have a claim to the protection and national services of the country in which they reside. The UNRWA has been using these so-called refugees as political pawns for decades as a way to perpetuate the infamous regional conflict.

Next, as the largest contributor to the UNRWA, the U.S. has laws prohibiting taxpayer’s funds going to terror organizations. *Footnote – Congressman Chris Smith. However, the UNRWA’s 25,000 person staff is 99 percent made up of locally recruited Palestinians, a portion of which are proven members of Hamas and Islamic Jihad, both of which the U.S. and the EU classifies as terror organizations.2 Many teachers and educators within Palestinian schools are UNRWA staff members who openly identify with such radical groups. Therefore, American taxpayers’ money is going directly into the hands of members of the terrorist organization that allows for the dissemination of radicalized Hamas messages to Palestinian school children.

The situation baffles me. Why is the U.S. contributing to an organization that has strayed from its original mission and become a powerful player promoting a conflict it was created to resolve? Why is U.S. taxpayer money going into Hamas teachers and educators?

The UNRWA has become a cancer rapidly spreading amongst the Palestinian community. Through its backwards and unwarranted definition of refugees and its open employment of radicalized citizens, the organization has been prohibiting progress amongst a population that so badly needs it.

The UNRWA must be dissolved and its services transferred to a more appropriate organization, specifically, the UNHCR. The actions of the UNRWA disregard legal and ethical codes from around the world. Moreover, the UNRWA’s make-up and policies contribute to the population’s radicalization and politically stagnant status. It is time for the international community, especially the United States, to wake up and see where their money is going. It is time to dissolve UNRWA.