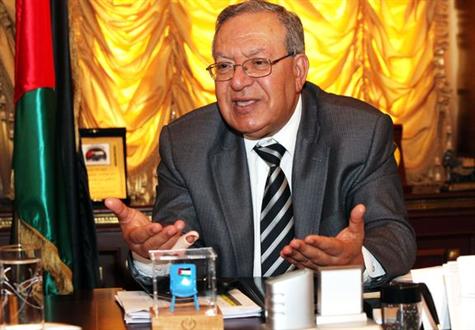 As the Palestinian Authority scrambles for UN recognition of an independent state, few have mentioned the apparently very real possibility that, if successful, nearly half of the world’s Palestinian refugees – including those currently residing inside “Palestine” – will not be granted citizenship in the newly formed state.

Commentary Magazine pointed out that in a shocking interview for the Lebanese Daily Star, Palestine’s ambassador to Lebanon, Abdullah Abdullah, emphatically stated that Palestinian refugees the world over would not become citizens of any UN-recognized, newborn Palestinian state. What’s more, Abdullah clarifies that the restriction would not only apply to refugees in countries like Lebanon, Egypt, Syria, Jordan or any of the other 132 countries where Abdullah alleges Palestinians reside, but would even include “Palestinian refugees who are living in [refugee camps] inside the [Palestinian] state.” According to Abdullah, “They are still refugees. They will not be considered citizens.”

Abdullah said that the new Palestinian state would “absolutely not” be issuing Palestinian passports to refugees. Neither this definitional status nor U.N. statehood, Abdullah says, would affect the eventual return of refugees to Palestine.

“How the issue of the right of return will be solved I don’t know, it’s too early [to say], but it is a sacred right that has to be dealt with and solved [with] the acceptance of all.” He says statehood “will never affect the right of return for Palestinian refugees.”

Meanwhile, according to the Star, the Palestinian Liberation Organization would be the governing body in charge of dealing with the issue of Palestinian refugees and Abdullah says that the United Nations Relief and Works Agency for Palestinian Refugees (UNRWA) would continue its work as usual.

Commentary Magazine points out, however, that according to UNRWA, 689,000 of the West Bank’s 2.4 million Palestinians and 1.1 million of Gaza’s 1.5 million Palestinians are considered refugees. Which means that aside from the 2.9 million Diaspora refugees, a staggering 45 percent of a new Palestinian state’s residents would, in fact, remain stateless, thereby being deprived of both citizenship and the services it would afford.

This is simply unbelievable. For years, the world has backed a Palestinian state on the grounds Palestinians are stateless people who deserve a country of their own. And now, a senior Palestinian official has announced once they have received a state, most Palestinians will stillbe stateless – even those who actually live in “Palestine.”

Moreover, the new state won’t provide these residents with any services: It expects UNRWA – or, more accurately, the American and European taxpayers who provide the bulk of that organization’s funding – to continue providing their schooling, healthcare, welfare allowances, etc.

Gordon perhaps summed it up best when explaining that the PA probably finds refugees, rather than citizens, a more useful tool in realizing its ultimate goal of destroying Israel, as they can then demand “refugees” be resettled in Israel (as opposed to their own prospective territories), thereby creating a disproportionate and destructive demographic for the Jewish state.