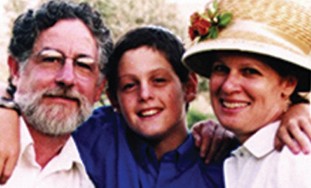 Why are we against the exchange that allows murderers to go free? Because we know the suffering that they leave in their wake.

Why is it that terror victims are seemingly the only ones against the prisoner exchange? While other Israelis are rejoicing, we are in despair.

Arnold and Frimet Roth circulated a petition against the release of Ahlam Tamimi, an accomplice in their daughter Malki’s murder at the Sbarro pizza shop.

Tamimi says she is happy that many children were killed in the attack. Meir Schijveschuurder, whose family was massacred in the same attack, filed a petition with the high court and says he is going to leave Israel because of his feelings of betrayal. The parents of Yasmin Karisi feel that the state is dancing in their blood because Khalil Muhammad Abu Ulbah, who murdered their daughter and seven others by running them down with a bus at the Azor junction in 2001, is also on the list to be released. Twenty-six others were wounded in that attack.

Why are so many of us against the exchange that allows murderers and their accomplices to go free? Because we know the suffering that these murderers leave in their wake.

Yes, I want Gilad Schalit released. But not at any price. Not at the price we have experienced.

My son Koby Mandell and his friend Yosef Ish Ran were murdered by terrorists 10 years ago when they were 13 and 14 years old. They had been hiking in the wadi near our home when they were set upon by a Palestinian mob and stoned to death. It was a brutal, vicious murder.

We now run the Koby Mandell Foundation for terror victims’ families. We direct Camp Koby, a 10-day therapeutic sleep away camp for 400 children who have lost loved ones, mostly to terror. We also run mothers’ healing retreats and support groups.

MOST PEOPLE don’t understand the continuing devastation of grief: fathers who die of heart attacks, mothers who get sick with cancer, children who leave school, families whose only child was murdered. We see depression, suicide, symptoms of post traumatic stress disorder. You wouldn’t believe how many victims’ families are still on sleeping pills and anti-anxiety medication. We see the pain that doesn’t diminish with time. We literally see people die of grief.

Nobody understands us, they often complain.

They mean that nobody understands the duration or the severity of their pain and longing. In the aftermath of a prisoner exchange, this isolation will only be exacerbated.

So will the feeling that our children’s deaths don’t matter.

When people tell me that my son Koby died for nothing, I always used to say: No, it is our job to make his death mean something.

But now I am not sure. It seems that the government is conspiring to ensure that our loved ones’ deaths were for nothing.

Cheapening our loved ones’ deaths only enhances the pain. If Israel is willing to free our loved ones’ murderers, then the rest of the world can look on and assume that the terrorists are really freedom fighters or militants. If Palestinians were murdering Jews in cold blood without justification, surely the Israeli government wouldn’t release them.

No sane government would.

When we were sitting shiva for Koby, a general in the army told us: “We will bring the killers to justice.” I believed him. I took his words to heart. Today I am thankful my son’s killers have not been found. So are my children. Of course, I don’t want the terrorists to kill again. But if they were to be released in this prisoner exchange, I don’t think I could bear it.

We don’t want other families to be put in our situation.

We don’t want terrorists to be free when our loved ones are six feet underground. Ten years after my son was beaten to death, the pain often feels like a prison. In many ways, I am not free.

We don’t want other terrorists to be emboldened because they know that even if they murder, they may not have to stay in prison. President Shimon Peres says he will pardon but he will not forgive. Terrorist victims’ families will not pardon or forgive the government for this release.

We have been betrayed. To pardon terrorists mocks our love and our pain.

Furthermore, terrorism aims to strike fear in an entire society, to bring a whole populace to its knees. During the intifada, the terrorists did not succeed in defeating Israeli society. But to release prisoners now signals to Hamas that their strategy of terror was correct, effective.

They will celebrate wholeheartedly because they have won.

And as a result of prisoner exchanges, the Israeli justice system can only be seen as a joke, a mockery, even a travesty of justice.

It provides no deterrent and no retribution. It’s as if our government says to the killers: Come hurt us again. We’ll be happy to release you one day. We’ll let you go when you demand it.

We need to protect our own soldiers. But not with a wholesale prisoner exchange. I wish that I could rejoice with the Schalit family. But I can’t.

The price is too high.

The writer is the mother of Koby Mandell, who was stoned to death near his home in Tekoa in 2001.