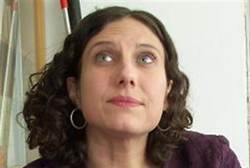 In a press conference Jerusalem today, around the time that the Palestinian inmates were bussed away from the prisons, Israeli terror victim families spoke about their horror and fears for the future.

Alan Bauer, who was wounded along with his seven-year old son in a bombing on a Jerusalem street in 2002, declared that “no one will take responsibility for the future actions of the terrorists who have been freed. The country has forgotten what happened with the terrorists who were released in the Jibril Agreement.”

In the 1985 Jibril Agreement, 1,150 Palestinian prisoners were freed in exchange for three Israeli prisoners. Many of those released went to form the bulk of the Palestinian leadership for the First Intifada, which broke out less than three years after the agreement was made.

Bauer, who is an American citizen and a Harvard educated biologist, explained that the political leaders are separated from the people. “Members of Knesset walk around with body guards and drive in armed vehicles, while we the people have to bear the consequences for this ticking time bomb of a decision.” Another terror victim, Eliad Moreh (photo), who survived the bombing at Hebrew University’s Frank Sinatra cafeteria on July 31, 2002, stated that she felt devastated and angered by the Israeli government’s decision to release the prisoners. “I thought that these murderers were part of the past, that all my trauma and pain was over. Today is no different for me than the day the bombing happened nine years ago.”

Moreh, who was a student at Hebrew University at the time, suffered from extensive shrapnel wounds to her head, neck, back, legs and ear drum. She was meeting a good friend and Israeli diplomat, David Ladowsky, for lunch at the cafeteria when the explosion happened. Ladowsky, born in Argentina, was instantly killed, along with one Israeli and five Americans.

“It was a miracle that I survived,” Moreh said in a trembling voice. “The doctors thought I didn’t stand a chance as a piece of shrapnel almost pierced my spinal cord.”

Moreh said that she felt “betrayed by humanity” after the attack. “I did not understand how one human being could do this to another,” she remembers.

“I am not asking for revenge now, I am asking for justice. When the government releases these murderers, who are supposed to serve life sentences for their horrific deeds, there is no justice.”

Moreh, of French-Iraqi origin, believes that Israel was wrong to accept the deal. “The life of one soldier against 1,027 terrorists is a completely wrong equation. What of all the soldiers who sacrificed their lives to capture these terrorists in order to keep our streets safe? One terrorist freed could potentially lead to the end of entire lives. The Israeli government should not have accepted this formula set up by Hamas.”

“The tears I have in my eyes today will be for the next captured soldier and the future victims of terror,” she said.

Hamas operative Walid Anajas who assisted with the bombing of the Frank Sinatra cafeteria at Hebrew University on Mount Scopus, and the 2002 bombings at Jerusalem’s Café Moment which killed 11 and a club in Rishon Lezion that killed 16, was released today.

Meanwhile, Hamas terrorists in Gaza promised that there would be more kidnappings of IDF soldiers, given the success they realized by nabbing Gilad Shalit five years ago. Hamas held a huge rally in Gaza Tuesday night, with tens of thousands calling for the destruction of Israel and for freedom for all terrorists still in Israeli prisons.

Hamas top terrorist Ismail Haniyeh called the release of over 1,000 terrorists for Shalit “a source of pride” for Gaza. “For five years Israel searched for Shalit, but they failed and were defeated.”