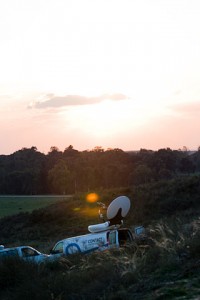 It is truly astonishing how, it often seems, Western media coverage must blame Israel for everything that “goes wrong” in the Middle East, including murderous hostility to Israel.

Sentences often seem carefully formulated to push this claim and exclude any possibility of balance, much less accuracy. And no matter what the subject, it seems, this message must be snuck in.

Consider these two paragraphs in a Washington Post story about the Egyptian government’s cancellation of a Jewish pilgrimage to a site in Egypt:

The government’s move underscores the changing relationship between Israel and post-Hosni Mubarak Egypt. The former president maintained relations with Israel, as laid out in the 1979 Camp David peace treaty, in part by curbing civil liberties with his expansive police force. Since his ouster last winter, anti-Israeli sentiment driven by Israel’s treatment of the Palestinians has risen to the surface, and Israeli-Egyptian tensions have grown.

Relations soured further in the fall after a mid-August cross-border attack from Egypt led to the killing of at least five Egyptian border guards as Israeli troops pursued alleged militants. Many activists called for revisions of the peace treaty and protests outside the Israeli Embassy turned violent when some demonstrators stormed the building.

Let’s list the subtle points made in these few sentences:

1. Egyptian resentment toward Israel and the treaty supposedly emerges from the use of repression to maintain it. So is Israel or peace with Israel responsible for the lack of democracy and free speech in Egypt under Mubarak? In fact, of course, there was a huge amount of criticism of the policy toward Israel and the latter country was continually attacked in the strongest language by both opposition and government circles. Since Mubarak was the dictator he could maintain relations with Israel if he wanted to do so. Hence the statement that he maintained them by repression is just false.

2. In fact, the relationship was called a “cold peace” precisely because the Mubarak government limited it (official boycotts of Israelis; harassment of Egyptian firms that wanted to do business with Israel; continual extremist anti-Israel propaganda in the state-controlled Egyptian media; denial of visas to Egyptians – mainly Christian pilgrims – who wanted to go to Israel, etc.)

2. Why has anti-Israel sentiment in Egypt risen in the last year? Because, we are told, Israel treated the Palestinians so badly. What about the ideological changes in Egypt? If Israel had done nothing, the same result would have happened. And how has Israel treated Palestinians badly in the last year? It has been a relatively quiet year actually.

3. No mention of historic levels of hatred toward Israel and Jews in Egypt, or of the emergence of revolutionary Islamist groups that – including the two leading parties in the election – openly call for Israel’s extinction and use extensive antisemitic rhetoric.

4. Eight Israelis, six of them civilians on a bus, were killed by terrorists operating from Egypt. Those terrorists enjoy wide popular support because of the worldview and politics of most Egyptians. But we are to believe that hatred only rose because Israel accidentally killed Egyptian soldiers during the ensuing battle? The terrorists wore Egyptian army uniforms and were being pursued in the same area. Moreover, Israel even hushed up the deliberate murder of an Israeli soldier inside Israel by Egyptian soldiers in order to try to reduce tensions. Incidentally, the article says “at least” five Egyptian soldiers were killed. I don’t think there is any doubt as to the number but it is hinted that there might have been more. What was a terror attack on Israel is thus turned into an Israeli attack on Egypt by the article?

5. “Many activists” demand revision of the treaty. Thus, the newspaper avoids saying that this is the official public position of the Muslim Brotherhood so as to protect the myth that this group is moderate.

There is no hint here that Egyptians, and especially the forces emerging from the revolution, are causes of hostility or worsening relations.

Now multiply those two paragraphs by hundreds every day for years. That’s why coverage of issues involving Israel often seem more like a propaganda barrage than actual reporting.

While some stories are distorted or even at times fabricated, others aren’t mentioned at all. For example, at the early January event marking the anniversary of Fatah, the ruling party in the Palestinian Authority (PA), the official imam – the highest-ranking Muslim official in the PA who was appointed by PA leader Mahmoud Abbas, Muhammad Hussein – cited the Islamic hadith, attributed to Muhammad, that on the day of resurrection all Jews would be murdered. In the same official Fatah rally, the man who introduced Hussein said: “Our war with the descendants of the apes and pigs [i.e., Jews] is a war of religion and faith.”

Yet supposedly we live in an era that is hyper-sensitive to religious slurs. Let the most obscure Protestant minister in America threaten to burn a Koran and it becomes a global headline. But if the highest-ranking Palestinian cleric calls for genocide against the Jews (or the Muslim Brotherhood leader publicly call for the destruction of the United States) it isn’t even reported.

You are probably tired of reading articles about media bias against Israel. But here’s the key point: We are no longer talking about “bias” but about a situation that has reached around 90 percent of all reporting whereas an even higher proportion of reporting leaves out the extremism of the “other side.” Remember, for instance, that the PA is always said to be “moderate” but that conclusion can only be sustained if everything in its textbooks, radio, television, newspapers,mosque sermons, and leaders’ speeches in Arabic is ignored.

If these things are factored in, however, it is clear why there is no peace and isn’t going to be any for a very long time to come. The reader/listener/viewer is deprived of basic information needed to understand the situation. Thus, it is easy to believe claims that peace is at hand or can be easily achieved if some gimmick is used or new Israeli concession is obtained.

The fundamental nature of the conflict is obscured. I have never – and I mean not once – ever seen anyone who disagrees with the points I’m making engage with these arguments and try to answer them. They can only be ignored since, after all, the whole purpose of this exercise is to conceal rather obvious truths.

The canary-in-the-coal-mine element here is that similar techniques are used on many other issues and victims. Study the techniques used on Israel and one sees the general pattern of media behavior over the last decade. This can be summarized as: spinning stories to encourage people to support the left; leaving out any contradictory material; demonizing critics and digging out and highlighting any negative material about them while censoring out anything that would make favored politicians or policies look bad.

Aside from politics, what is the underlying philosophical argument used to justify this behavior? On one hand, it is asserted that only whites and Westerners can be bigots. This kind of argument that was raised 20 or 30 years ago by the most extreme fringe groups is now an unquestioned article of faith that is hegemonic in the West. Challenging it will bring down a rain of abuse.

The second argument is that if one criticizes any action, institution, or belief of any non-Western or non-white person or non-Christian/Jewish person or group, that criticism makes one a racist (or similar sin) and thus critical thought becomes impossible. For example, historic modernization theory, which posited that underdeveloped countries must change their ways in order to succeed, is impermissible. Ironically, of course, progress in Asia and elsewhere is based on ignoring that concept.

The third argument is that raising criticisms might make someone else look down on non-whites, non-Westerners, or non-Christian/Jews and thus spread racism (and other hate sins). Thus, all such negative information or opinion must be filtered out.

These are three rules by which most of “mainstream” (“privileged,” to use the post-Marxist left word) discourse is conducted today.

Let me summarize it in one sentence: The purpose of academia and media at this point in history is apparently not so much to educate and inform people but to blind them to reality and to get them to shut up.