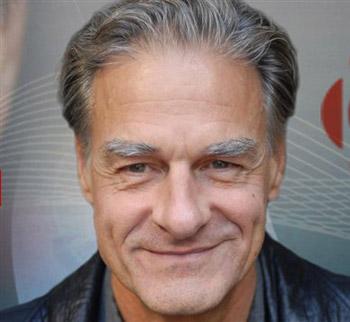 Radio-Canada’s ombudsman has upheld complaints that its Middle East coverage has been biased against Israel.

Pierre Tourangeau was responding to five specific instances of alleged bias lodged against the French-language public broadcaster by HonestReporting Canada. They concerned radio reports by Middle East correspondent Ginette Lamarche that aired from Dec. 19 to 23.

HonestReporting is a pro-Israel media monitoring group. “Significantly, Tourangeau found a lack of ‘diversity of opinion’ as required for news coverage of controversial subjects, use of unverified facts and failure to challenge claims which led to ‘at least an appearance of bias’,” said HonestReporting’s Quebec regional director, Michelle Whiteman.

It’s the second rebuke Lamarche has received from the ombudsman in the past year in response to complaints from a pro-Israel group.

Last year, Tourangeau upheld a series of complaints by the Centre for Israel and Jewish Affairs (CIJA) about her reporting from June 5 to 7 on the deadly clash at the Syrian border between pro-Palestinian demonstrators and the Israeli army.

The latest complaints cite Lamarche’s reporting, without factual backup, on years-long imprisonment of Palestinian youths “for participating in a demonstration or throwing stones,” the claim Israel imprisoned almost as many people as it released in exchange for captured soldier Gilad Schalit, and that the security barrier and Jewish settlements around Bethlehem prevent Palestinians from leaving the city without permission. She also reported that Christian Palestinians are fleeing because of the barrier and that Israel’s control of tourism is of little benefit to Bethlehem.

Radio-Canada did correct one error cited by HonestReporting. On Dec. 22, Lamarche used the Arabic term nakba that Palestinians use to refer to the 1948 creation of the State of Israel without explaining that it means “catastrophe.” That revision was aired prior to the ombudsman’s review.

Tourangeau found fault with these reports because they offered only a Palestinian viewpoint, and he said data Lamarche provided were not verified or challenged, and sometimes not attributed. He expressed the hope that the management of Radio-Canada and its journalists will engage in a serious discussion of its methods of news gathering and reporting.

In other news related to Israel’s portrayal in the Quebec media, representatives of B’nai Brith Canada, Quebec region, met with the management of the V television network to express their concerns about program host Stéphane Gendron. The organization described his on-air comments on Israel as “grossly offensive.”

B’nai Brith said in a Feb. 17 statement that it found the exchange “positive.”

“The network provided its guarantee of increased vigilance to prevent such comments making it to air,” said legal counsel Steven Slimovitch. Measures to be put in place include a six-second delay for live programming.

“B’nai Brith accepted these guarantees and agreed to collaborate with the management of the network in future programming initiatives.”

Gendron, co-host of the talk show Face à Face, said on Dec. 29 that Israel “doesn’t deserve to exist.” It was the latest in a history of remarks about Israel and Jews dating back to 2006 that have offended Jewish groups.

On Feb. 1, representatives of CIJA and HonestReporting also met with V managers to discuss their objections to Gendron and emerged satisfied with the outcome.