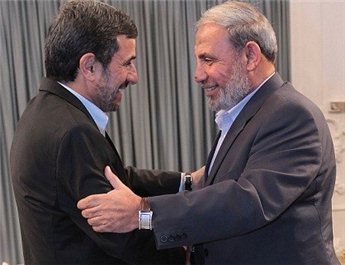 BETHLEHEM (Ma’an) – Seven years after Israel disengaged from the Gaza Strip, several things have changed both at the political and the economic level, Hamas official Mahmoud Zahhar said Friday.

Speaking to Ma’an, Zahhar asserted that “Gaza is free of occupation, and contiguity with the outside world is easier as visitors from all over the world visited the coastal enclave.”

He added that one year after the disengagement local and parliamentary elections took place in 2006. “Fatah turned against the outcome of elections, a siege has been imposed and the former Egyptian regime practiced certain policies including closure of the Rafah crossing.”

Despite all of that, he said, the economic situation has improved noticeably and the Gaza Strip became self-reliant in several aspects because lands in former Israeli settlements were planted. “We are self-dependent in several aspects except petroleum and electricity.”

Asked to comment on the protests in the West Bank against the deteriorating economic conditions, Zahhar said that was a natural result of economic reliance on the United States and Israel who completely control the Palestinian economy.

The Hamas official boasted that the economic conditions in the Gaza Strip are much better than in the West Bank; “people in Gaza receive full salaries, and all the money the Ramallah government transfers goes to Fatah supporters only.”

Asked whether or not he believes the Palestinian Authority has really collapsed, Zahhar said the replacement was ready. “The resistance program, which was originally replaced by the PA, is ready,” he said.

Zahhar expressed opposition to a bi-national state as an option after the two-state solution ended in failure. “I told you previously that the outcome of Oslo would be a big zero.

“The bi-national state which (Fatah leader) Ahmad Qurai is promoting, as well as the UN bid thing, UNESCO and negotiations are all indications that the program which Fatah introduced has come to an end. A bi-national state means that the other nationality has the same rights in Palestine as a whole, and this means Hamas’ program has won, and good evidence can be found in what has happened around us.”

With regard to Hamas’ relations with Iran, Zahhar asserted that the relations were deep-rooted and his visit to Iran was part of Hamas’ outreach policy. “We welcome support from whoever wants to support us as long as we are not asked to pay a price for that support.”