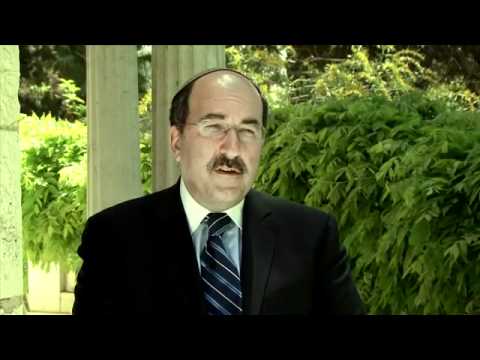 As Raess Alam Qazi and Sheheryar Alam Qazi, two Muslim men from Pakistan, are indicted in Florida for plotting to carry out a terrorist attack using a weapon of mass destruction it is time to analyse the Obama Doctrine on terrorism.

On August 3, 2011 President Obama released the National Strategy on Empowering Local Partners to Prevent Violent Extremism. The strategy, now known as the Obama Doctrine, was based upon the Countering Violent Extremism (CVE) study group findings and recommendation developed in 2010 by the Department of Homeland Security (DHS). The CVE has become the blueprint for both domestic and foreign policy when dealing with terrorism. The Obama Doctrine redefined “terrorism” as “violent extremism”.

The DHS website states, “The threat posed by violent extremism is neither constrained by international borders nor limited to any single ideology. Groups and individuals inspired by a range of religious, political, or other ideological beliefs have promoted and used violence against the homeland.”

Who developed the Obama Doctrine?

The Obama Doctrine is based in large part upon the 2010 findings and recommendations of a Department of Homeland Security’s Advisory Council. The twenty member advisory council is unique in its composition, with eight members who are Islamists, three representing large Islamic communities and one openly supportive of Islam.

According to Clare Lopez, former CIA Operations Officer and co-Author of the book Shariah: The Threat to America:

“Muhammad Magid is not only the head of the ADAMS center, he is the son of the Muslim Brotherhood (MB) Grand Mufti of Sudan and current president of the Islamic Society of North America (ISNA), an MB front group named by the Department of Justice as an unindicted co-conspirator in the 2008 Holy Land Foundation – HAMAS (HLF) terror funding trial. Magid is also one of the closest advisers of the National Security Council of the USA (in particular Denis McDonough). He’s an A-list invitee at the White House. Some believe he may be the head of the North American MB Shura Council.
Mohamed Elibiary is affiliated with numerous identified MB figures who are members of the Freedom and Justice Foundation Advisory Council: they come from the Muslim American Society (MAS), CAIR, ISNA, and the Islamic Association of North Texas. He publicly criticized the HLF trial convictions and has written admiringly of Sayyed Qutb.
IIIT likewise is listed in the MB’s “Explanatory Memorandum” of 1991 as one of its ‘friends and the organizations of our friends’.”

The Obama Doctrine states, “Government officials and the American public should not stigmatize or blame communities because of the actions of a handful of individuals.” The doctrine notes, “This type of violent extremism is a complicated challenge for the United States, not only because of the threat of attacks, but also because of its potential to divide us.” The Obama Doctrine states, “Violent extremists prey on the disenchantment and alienation that discrimination creates, and they have a vested interest in anti-Muslim sentiment.”

The Obama Doctrine is based on, “[A] paradigm of engagement with Muslim communities around the world, based on mutual respect and interest manifest in our new partnerships and programming…” To accomplish this, “The Federal Government will work to communicate clearly about al-Qa’ida’s destructive and bankrupt ideology, while dispelling myths and misperceptions that blame communities for the actions of a small number of violent extremists.”

Myths and misperceptions are other words for “Islamophobia”. The neologism “Islamophobia” did not simply emerge ex nihilo. It was invented, deliberately, by the International Institute for Islamic Thought (IIIT), which is based in Northern Virginia.

Lopez states, “The Obama administration has had an inordinately substantive influence on the Islamic Awakening through the deliberate, selective empowerment and enrichment of the Muslim Brotherhood (both domestically and abroad) and al-Qa’eda. We would not be seeing the re-emergence of the Islamic Caliphate were it not for the full-on support of the Obama administration for the forces of jihad and shariah.”

President Obama openly embraces the Muslim Brotherhood, the organization which created al-Qa’ida and its affiliates.

One of the key outcomes of the Obama Doctrine is to stop training by non-Muslims and former Muslims, which may offend Islam or be offensive to Muslims. This is codified in the Obama Doctrine by the statement, ”Strong religious beliefs should never be confused with violent extremism.”

The oxymoron is that violent extremism in Islam is consistently preceded by strong Qur’anic religious beliefs.

A major impact of the Obama Doctrine is to blunt if not hand cuff US law enforcement, our diplomatic corps and military with “political correctness” as a national policy. This leads to issues like orders to “stand down” in the face of aggressors, such as happened in Benghazi, Libya and Afghanistan. The effort to “engage with Muslim communities around the world” causes our military not fire when fired upon, even in self-defense.

The Obama Doctrine has had questionable impact in the Muslim Ummah and less impact with Islamic governments such as Syria, Iran, Libya and Egypt.

EDITORS NOTE: If you do a web search on Obama Targeting al Qaeda while embracing the Muslim Brotherhood you will get the results listed in this document.

Join a Zoom on Thursday: Get the Facts Behind Israel-Related Positions of US Presidential Candidates

A Biden victory would spell disaster for the Middle East

DOCUMENTATION; Where does Trump Stand on Israel?

Join a Zoom on Thursday: Get the Facts Behind Israel-Related Positions...