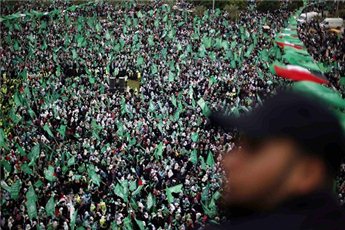 Khalil Assaf, who heads a Palestinian forum of independent figures, said Hamas would organize a festival in Nablus on Thursday.

Hamas leaders will deliver speeches, with the sanction of the Fatah-dominated West Bank government.

Fatah in Gaza announced on Sunday they would organize a celebration under the banner ‘statehood and victory’.

The parties, who split Palestine into separate governments in 2007 amid bitter fighting, had both clamped down on political activity by the rival party.

Since Gaza’s Hamas rulers reached a ceasefire with Israel after eight days of fighting in November, the parties have started to lift some of the restrictions, raising hopes of reviving the stalled reconciliation deal of 2011.