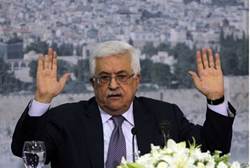 Palestinian Authority chief Mahmoud Abbas spoke glowingly last Friday of the “legacy” of the infamous Hajj Amin al-Husseini, who was a collaborator with the Nazis, and was prepared to conduct the mass murder of the Jews of the Land of Israel in the event of a Nazi invasion. The Mufti, Abbas said, was a great man whose ways should be emulated by all PA Arabs, and was worthy of great praise.

Speaking to Arutz Sheva, David Bedein, the director of the Makor Yisraeli news agency and the Center for Middle East Research, said that Abbas made the comments during a Fatah march in Gaza last Friday. It was the first time in years that Fatah terrorists had been given permission by Hamas to march, and Abbas spoke to the marchers via video feed.

Abbas, Bedein said, wrote his doctorate at the University of Moscow on how the World Zionist Organization, not the Nazis, was responsible for the destruction of European Jewry. Given this, Abbas’s praise of the Mufti, the ultimate “Arab Nazi,” was very serious, and needed to be publicized, he said. The Mufti was also the antecedent of Fatah, which Abbas is currently chairman of.

After the Mufti was forced by the British to leave Mandatory Palestine, he took up residence in Europe, and met Hitler in Italy. The two agreed that Hitler would murder the Jews of Europe, and that he, the Mufti, would organize the murder of the Jews of the Middle East, when the time was ripe. During the war, the Mufti broadcast pro-Nazi propaganda in Arabic from Berlin. Later he reached Cairo, where he was one of the founders of the Arab League, which adopted the pact between the Mufti and Hitler as a basic document of the organization.

Bedein also slammed the Israeli media for ignoring Abbas’ speech praising the Mufti. Bedein said he received information about the speech from PA Arabs who heard it themselves. He sent the information about the speech to Israeli media, but they were apparently not interested, he said. Bedein said that he also sent the data to President Shimon Peres, Prime Minister Binyamin Netanyahu, and Bayit Yehudi chairman Naftali Bennett, but none of them have responding privately or publicly yet.