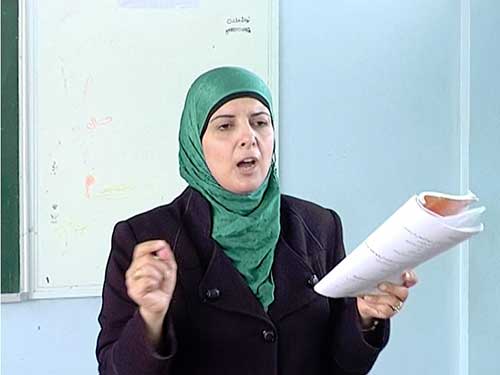 [This article first appeared April 4 in the Jerusalem Post] This week, Canadian Foreign Minister has announced that he will visit areas under the control of the Palestinian Authority to inquire as to how foreign aid funds are being spent.

While it would seem natural for the foreign minister of a respected democracy to ask for an accounting of how foreign funds are being spent by a nascent entity, Canada is the first government to officially engage in an accountability process with the fledgling Palestinian Authority.

Here is a suggested ten step process as to how the Canadian Foreign Minister, The Hon. John Baird, could conduct an inquiry into the accountability of funds administered by the Palestinian Authority

Step One: Enter a Palestinian Authority classroom. Examine the new PA curriculum whose focus revolves around preparation of a new generation to conquer all of Palestine. Most recently, the Center for Near East Policy Research dispatched a TV crew to follow the classrooms of Palestinian Authority schools that are located in UNRWA facilities and witnessed teachings which did not focus on peace or reconciliation.

Translations of the new Palestinian Authority school books yielded the conclusion that they focused on a curriculum of “suspended war” http://israelbehindthenews.com/library/pdfs
/RightofReturninUNRWASchools.pdf. Step Two: Peruse l news output of the PBC (Palestine Broadcasting Corporation) radio and TV. Follow the messages of Jihad conveyed by the PBC to the Palestinian Arab people, the PBC adulation of Palestinians who committed suicide attacks, and PBC news clips which laud attacks on Beer Sheva, Sderot, Ashkelon,and Ashdod, which PBC terms “illegal Jewish settlements”, since these Israeli cities which have been shelled by missiles are located on lands lost to the Arabs in 1948 – not 1967.

Step Three: Spend time in an UNRWA facility, where thousands of descendants of Arab refugees languish under the premise and promise of the “Right of Return”. While nearby Palestinian Authority urban areas flourish. Note how the new Palestinian city, Rawabi, built near teeming UNRWA refugee facilities, will not allow UNRWA camp residents to live in the new Palestinian city. Meanwhile, in August 2012, Hamas terror groups won their fourth consecutive election to take charge of the UNRWA trade union and the UNRWA teachers union in Gaza, Ask for a report on UNRWA Hamas cooperation.

Step Four: Peruse www.PalestineRemembered.com The “Right of Return” computer program that operates throughout the Palestinian Authority, which helps UNRWA residents to locate the villages of their grandparents from 1948 even though these towns no longer exist, to prepare them to realize their “right of return:.

Step Five Visit Palestinian Authority controlled mosques on Friday. Follow the incendiary message conveyed by the mosques that function under funding and control of the PA.

Step Six: Review all new official maps that are published by the Palestinian Authority, which show all of Palestine as the location of any future Palestinian state. Step Seven: Visit the PA Security Force. Following the expectation that the PA Security Force would be engagedt o crush the Hamas, review reports of Hamas-Palestinian Authority cooperation. While the PA security force has worked with Israel on matters of petty crime,the PA will not take on Hamas. Moreover, the PA has no laws against money laundering for terror groups and PA statutes do not define any group as a terrorist organization.

Step Eight: Ask for an evaluation of the food distribution program in Gaza, which the Hamas regime in Gaza and UNRWA have been running. Funds are delivered in cash dollars at the Gaza crossing to UNRWA, once a month, in the amount of $13 million. How much funds are geared to the purchase of food? Does the Hamas regime siphon off some of the foreign aid cash for the purchase of munitions or for any other purpose? Why is there a demand for “cash delivery”? What follow up reports have been submitted to the donor countries on funds delivered to the UNRWA food distribution program?

Step Nine Review the published political program of Palestinian Prime Minister Salam Fayad, who has earned a reputation as a “moderate” and note Fayad’s endorsement of a Palestinian Jerusalem (no mention of East Jerusalem, but demand of the Palestinian “right of return” to villages from 1948 that no longer exist, and the demand to free all Palestinians in Israeli jails, ignoring the fact that this includes thousands of Palestinians who have been convicted of first degree murder in a court of law. Fayad’s paper “Ending the Occupation, Establishing the State:Program of the Thirteenth Government – August 2009” Available on the net at:

Step Ten: Review recent speeches of Palestinian leader Machmud Abbas, where Abbas himself conveys consistent praise for Palestinians who have murdered civilians. Review the telecast New Years speech of Abbas where he concludes his litany of praise for killers with a salute to the legacy of Hitler’s ally, Haj Amin Al Husseini, the Mufti of Jerusalem.