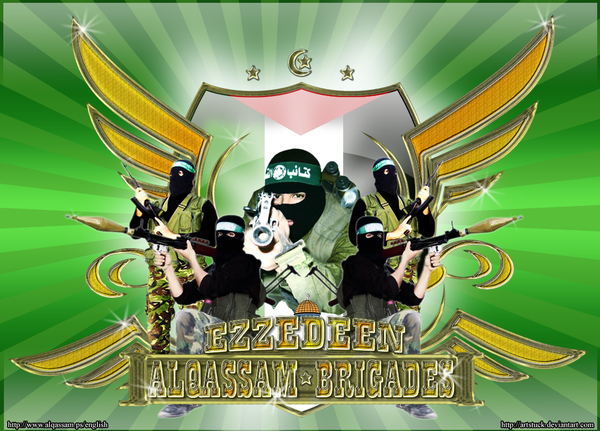 One of the reasons why the Middle East situation is less fearsome than it might seem is that the radicals and terrorists are not united at all but battle among themselves for tactical, doctrinal, ethnic, and ambition-related reasons.

Despite their daily, bloodthirsty howls for Israel’s destruction, for example, three groups are at odds:

-The Muslim Brotherhood regime in Egypt wants to revolutionize the Middle East but is putting the priority on entrenching its power in Egypt itself, including dealing with economic and internal security problems. One of its difficulties is a terrorist insurgency in the Sinai Peninsula. While this includes cross-border attacks on Israel it also involves assaults on Egyptian soldiers, police stations, and other facilities.

-The Hamas regime in the Gaza Strip wants to revolutionize the Middle East and puts a high priority on genocide against Israel. But it has to balance backing Salafist and even al-Qaida groups with controlling the timing of its wars on Israel.

-The Salafist groups in the Gaza Strip and Sinai want to attack and wipe out Israel but some of them also want to overthrow the Brotherhood and institute an even more extremist regime in Egypt.

And Egypt blames Hamas. Why are you helping these people? Or why aren’t you suppressing them? We will let people attack Israel from our territory if and when we want to do so. And, yes, our intelligence does have evidence you are helping these anti-Egyptian forces.

For example, we saw that you weren’t interfering with the smuggling of material to make phony Egyptian army uniforms. Salafists can use these to attack Israel disguised as Egyptian soldiers, thus getting us into a shooting confrontation with Israel while we are trying to borrow money and keep the Americans happy. Or they can even pretend to be our men and kill Egyptians.

So why should we help you when you are helping those who attack us?

The latest event was the firing of two rockets from Egyptian territory against Eilat on April 17. A global jihad-affiliated network in the Gaza Strip calling itself the Shura Council of the Jihad Fighters of the Environs of Jerusalem claimed responsibility. Their claimed motive was interesting: to protest two Palestinians killed in Tulkarm in a violent confrontation with Israeli security forces.

In other words, Palestinian Islamists are carrying out their war with Israel using Egyptian territory without permission.

The group’s statement also made the remarkable demand that “the sane members of Hamas” pressure the Hamas government in Gaza to stop trying to arrest its men.

So this is the chain of events:

Hamas must decide whether to allow al-Qaida affiliated or similar groups attack Israel from Egyptian soil. Even if it doesn’t mind their attacking Israel from Gaza, it needs to keep the Egyptians happy so that the Egypt-Gaza border is kept open for goods, including weapons.

But some Hamas men want instant all-out jihad against Israel.

Hamas must also decide whether to restrain these same groups from waging an Islamist revolution against the Islamist regime in Cairo. Again, perhaps some Hamas gunmen or officials think the Muslim Brotherhood isn’t going fast enough to turn Egypt into a Sharia state. That’s hard to believe, though. Perhaps more likely these Hamas officials are incompetent, bribed, or blackmailed.

Moreover, Israel has given Egypt permission-required under the peace treaty-to move troops into the eastern Sinai to combat the terrorists. Let’s stop for a moment and realize that when Israel (which the Muslim Brotherhood wants to wipe off the map) cooperates with a radical Islamist regime in Egypt (run by the Brotherhood) to send soldiers to fight radical Islamist terrorists (who want to wipe out Israel and also attack Egypt) you know you are in the Middle East. And you know that the revolutionary Islamists are making major strategic mistakes.

Parallel situations-albeit based on the very intense Sunni-Shia Islamist battle-are creating splits in Lebanon and increased Sunni Muslim antagonism against Hizballah and Iran generally because the latter back the current regime in Syria. Some time ago, Egypt also arrested a number of alleged Hizballah agents in Cairo accusing that group of planning attacks on Egypt. And for more on the Sunni-Shia battle among Islamists see here.

A couple of years ago I wrote an article saying that while the Egyptian Muslim Brotherhood hated al-Qaida and saw it as a competitor, the two groups had a lot of parallel ideas. Of course, they don’t agree on a strategy of direct attacks on the United States. The official Brotherhood website, partly misreading my point, did a very polite critique of my article trying to distance itself from al-Qaida.

The response was restrained back then since it was on the English-language propaganda site trying to convince the West that the Brotherhood was moderate. But when you are trying to put down the non-Islamist opposition and land an almost $6 billion IMF loan it’s easy to throw out a few soothing words. Al-Qaida attacks on Egypt and Israel make that game more difficult.

In Egypt now there are four Islamist parties: Brotherhood, Salafist willing to work with the Brotherhood, Salafist critical that the Brotherhood isn’t going fast enough, “moderate” Islamists. Of course, all of them are pushing in the same direction and will cooperate much of the time. A lot of the debate is simply over how fast to convert Egypt into a radical, repressive Sharia state. But at least it makes their task harder.

All of these maneuvers are important and undercut the Islamist revolutionary movement. With Western policy being so confused, ineffective, and ignorant the divisions among enemies may be the best thing going.