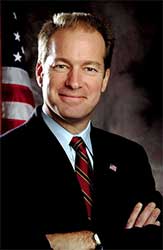 His Excellency Ban Ki-moon
Secretary-General of the United Nations

I write to urge you to demand the removal of Richard Falk from his position as the United Nations Human Rights Council’s Special Rapporteur on “human rights in the Palestinian territories occupied since 1967.” According to the Council, Special Rapporteurs are appointed to “uphold independence, efficiency, competence and integrity through probity, impartiality, honesty and good faith.” These officials are expected to “ensur[e] universality, objectivity and non-selectivity” without “double standards and politicization.” Mr. Falk’s conduct fails to meet these standards. His recent comments blaming the United States and Israel for the Boston Marathon bombings are reflective of an individual whose biases and bizarre behavior have made him undeserving and unfit to serve under the auspices of the U.N. Human Rights Council.

Mr. Falk’s April 21 article “A Commentary on the Marathon Murders,” justifies the deadly Boston Marathon bombings as a consequence of U.S. foreign policy and America’s steadfast relationship with Israel. He places blame on the “American global domination project,” which he believes “is bound to generate all kinds of resistance in the post-colonial world.” Mr. Falk urges us to ask ourselves “how many canaries will have to die before we awaken from our geopolitical fantasy of global domination?” Indeed, he invokes the poet W.H. Auden’s line “Those to whom evil is done/do evil in return.”

Mr. Falk also argues that the attack was a byproduct of America’s special relationship with Israel. He claims that “as long as Tel Aviv has the compliant ear of the American political establishment those who wish for peace and justice in the world should not rest easy.” To somehow connect the senseless killing of innocent civilians to the strategic alliance between the United States and Israel is factually baseless and an affront to the victims, their loved ones, and the civilized world. Indeed, Mr. Falk is the only official making allegations of any connection to a group other than violent extremists. These statements call into question his ability to maintain a level of objectivity, integrity, and competence expected of a U.N. Special Rapporteur.

As you know, Mr. Falk is no stranger to controversy. In 2011, you condemned his support for 9/11 conspiracy theories suggesting that the U.S. government was behind the attacks as “preposterous.” That same year, he defended dictator Muammar Gaddafi’s regime as the “lawful diplomatic representative of a sovereign state” in the midst of Gaddafi’s violent crackdown on his own people. In 2008, Mr. Falk was expelled from Israel for comparing Israelis to Nazis.

I deeply appreciate your reprimand of these statements by stating your hope that “Special Rapporteurs such as Mr. Falk understand that-while they have independent status-their public comments can undermine the credibility and work of the United Nations.” His comments on the Boston Marathon bombings are only the latest evidence of his failure to comply with U.N. requirements for Special Rapporteurs. They demonstrate a level of bias and insensitivity well beyond what should be tolerated by the United Nations. Once again, I applaud you for rebuking Mr. Falk’s recent assertions, and ask that you call for his prompt removal from his post as a Special Rapporteur to the U.N. Human Rights Council.