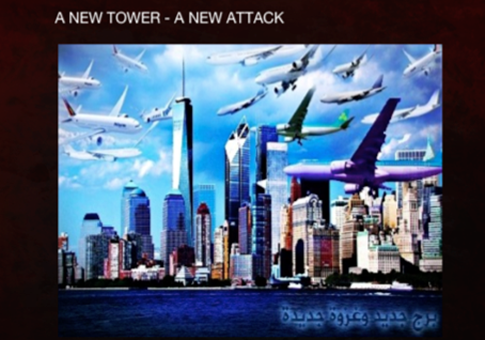 A new magazine called Al Qaeda Airlines hit the Internet last month and includes how-to guides for those interested in conducting terrorist attacks, according to a Wednesday presentation on Capitol Hill by the Simon Wiesenthal Center.

The 676-page magazine seeks to inspire lone-wolf terrorist attack like those carried out at the Boston Marathon by two radicalized ethnic Chechen brothers.

The publication provides tips on how to create homemade devices that can cause mass casualties. These include recipes for chemical devices and other easily made gadgets such as the pressure-cooker bomb that was used by the Boston bombers to kill four and wound more than 200.

The magazine was discovered circulating around the Internet in April, according to experts at the Simon Wiesenthal Center, who delivered a presentation on the proliferation of terrorist handbooks at the Rayburn House Office Building.

Other jihadi materials on the Internet include YouTube videos on how to make napalm, manuals to build radio-controlled detonation devices, and a step-by-step guide on how to start a forest fire, according to the presentation.

“Whoever does not die by the sword dies by poison,” read an accompanying message, according to screen captures of the forum provided by the Simon Wiesenthal Center.

“For the terrorists, imagery and symbolism is everything,” Rabbi Abraham Cooper, the Simon Wiesenthal Center’s associate dean, told a small crowd of reporters and Capitol Hill staffers. “It’s not just a matter of propaganda. It’s a call to action. The threats are out there. “

“Give the other side credit,” Cooper said while pointing to jihadi-produced images of the White House of fire and President Barack Obama with a target over his face. “They are being very out front and open about what the goal is.”

The proliferation of forum, websites, and videos of terrorist manuals across the Internet has provided every would-be terrorist with the tools to kill and maim scores of Americans.

“They understand the Internet technologies as well as or better than anyone else,” Cooper said.

“The tough thing is now with the lone wolf approach,” he said. “Everyone is fearful, how do we fight the battle against the lone wolf and these terrorists organizations?… The whole world has really transformed onto a totally different level.”

Rep. Eliot Engel (D., N.Y.) warned that the Internet is increasingly permitting “people with sick minds” to act on their violent impulses.

“The Internet has allowed people with hate to be able to hate even more and be able to carry out some things that would have been impossible before,” Engel said. “They can easily resort to violence and have it at their fingertips.”

“It’s a worldwide issue and we need to band together to curtail this kind of hate and potential violence,” Engel said. “As a New Yorker who lived through 9/11, and we all lived through Boston more recently, it’s probably just [a sign] of what’s to come.“

Facebook, for instance, has taken great steps to combat and remove such material. Twitter, however, was given “an F” by the Simon Wiesenthal Center due to its failure to address terrorist accounts and other radical materials.

“We asked for transparency… and they certainly haven’t responded to our requests for meetings,” Cooper said.