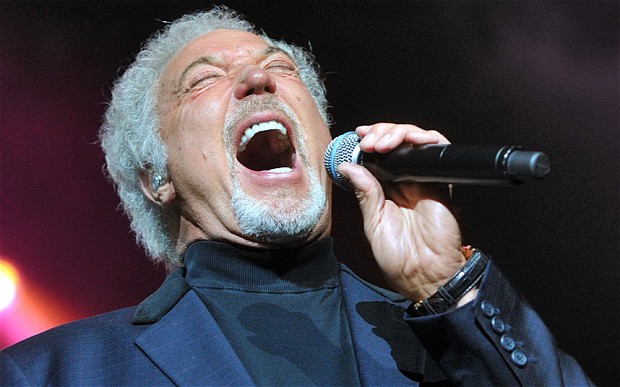 When Sir Tom Jones announced that he was to sing in Israel, he declined to respond to protesters who urged him to boycott the country because of its treatment of Palestinians.

Now that the singer has performed his concerts, he has decided to speak out against the campaign which has seen musicians including Roger Waters, of Pink Floyd, Annie Lennox and Elvis Costello refuse to visit.

“I was in Israel two weeks ago, where a lot of singers won’t go,” says the entertainer, whose hits include It’s Not Unusual, Delilah and The Green, Green Grass of Home. “I don’t agree with that. I think entertainers should enter­tain. They should go wherever – there shouldn’t be any restrictions. I did two shows in Tel Aviv, and it was fantastic.”

Speaking at the annual dinner of Norwood, a charity supporting vulnerable children, families and people with learning disabilities, Sir Tom tells The Jewish News: “I wanted to go, because the Israeli people asked me. They would like me to sing, and I don’t see any problem in doing that. I don’t see why anyone would mix up the two things – entertainment and politics.”

Earlier this year, Waters called on fellow rock stars to boycott Israel. It came as an increasing number of musicians are refusing to perform there. Costello and Lennox are among the British musicians reported to have said they will no longer play concerts in Israel.

In his letter, Waters recounted how he successfully persuaded Stevie Wonder, the American singer, to cancel a fundraising concert for the Israeli Defence Forces last year.

This year, Stephen Hawking, the British physicist and author of A Brief History of Time, cancelled his engagement at a conference hosted by Shimon Peres, the Israeli president, after saying he had been persuaded by arguments presented from fellow academics about Israel’s treatment of the Palestinians.

Sir Tom, who is a judge on the BBC talent contest The Voice, says he wants to return to Israel, where the Welsh singer per­formed at the end of last month, his first visit in more than a decade.

The Cardiff Palestine Solidarity Campaign’s petition had urged him to cancel, garnering 2,000 signatures. “Please don’t whitewash Israel’s apartheid policies against Palestinians!” the petition read. “A performance in Israel today is akin to a performance in apartheid South Africa.”