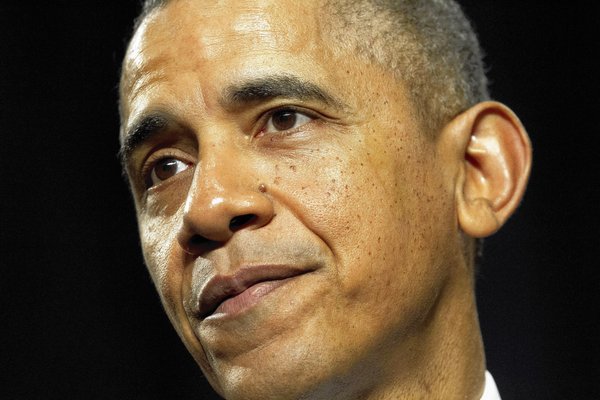 Although rarely considered collectively, these three efforts constitute a significant strategic package for a White House that all too often hardly bothers with foreign policy. These initiatives truly reflect Obama’s view of America’s international role: His is a world of rhetoric and talk, not power.

Thus, Iran has not feared U.S. military strikes against its nuclear weapons program, and now, as a result of November’s interim agreement in Geneva, it does not even fear international economic sanctions. Neither the Bashar Assad regime nor Al Qaeda terrorists in Syria see any prospect of material U.S. intervention. And the main pressure being applied in the Israeli-Palestinian matter is against Israel, heretofore Washington’s strongest regional ally.

As described below, all three of Obama’s diplomatic maneuvers are based on errors and will almost certainly fail. And what will happen then? Failing on one is bad enough, but failing on all three will be devastating.

And it is no answer to say that deals may yet be signed. Covering failure with a piece of paper changes nothing. The Iran interim agreement, for example, is not a partial success simply because its later collapse will be due merely to poor implementation. Without a real meeting of minds, there is no true deal, as Iran’s all-too-evident disdain already amply demonstrates.

The coming crash of U.S. diplomacy is not idle speculation about a remote future. Our declining prestige is already apparent globally; when all three Middle East negotiations fail conclusively, America’s influence will fall further. Friends and adversaries alike are recalibrating their policies accordingly, particularly because the underlying causes of the three impending failures will spell trouble and misfortune elsewhere.

Obama’s ongoing failures could have been avoided. A less ideological, more realistic and clear-eyed leader would comprehend American power and interests, knowing how to use the former to protect the latter, rather than making Obama’s basic mistakes.

Obama’s first error: misreading your adversary. There was never any chance Iran could be negotiated out of a nuclear weapons capability it has pursued for nearly 30 years. Efforts during the Clinton and George W. Bush administrations demonstrated how Iran deftly uses negotiations to gain political legitimacy, buy time to continue work on its nuclear program and evade international punishment. Hassan Rouhani followed precisely this playbook as Iran’s chief nuclear negotiator 10 years ago. He is doing so again today as Iran’s president.

The second error: not knowing who your adversaries are. Obama argued for three years that Russia shared his objective of a peaceful transition from the Assad regime in Syria to something else. This was never true. Moscow’s support for Assad (as well as Iran’s, directly and through Hezbollah) guaranteed he would only depart feet first. The U.S. could either have aided Syria’s opposition or tackled the problem’s root cause: the mullahs’ regime in Tehran. Obama chose to do neither. His equivocation regarding Syria’s chemical weapons program has provoked giggles or dismay at White House weakness.

The third error: not knowing who your friends are. The Palestinians lack legitimate governing institutions capable of hard decisions, including making perilous concessions and compromises, and overcoming resistance by Hamas and other terrorists. Without such institutions, no long-term solution is possible. Negotiating with the Palestinian Authority has less substance than negotiating with a hologram. Perversely, however, Obama treats Israel as the problem.

Not apprehending these realities or foreseeing their consequences debilitates the United States, discourages its allies and emboldens its adversaries. The coming collapse of all three of Obama’s negotiations will convince foreign governments that his policies are dooming Washington’s Middle East influence to precipitous decline. And since appearance is reality in international politics, America’s ability to influence events – in Egypt for example, where the military government is already reverting to pre-Sadat days, purchasing arms from Russia – will sink further. Moreover, the opportunity costs of not focusing on threats elsewhere, such as China’s belligerent territorial claims in its coastal waters, are enormous.

Iran will emerge more powerful, verging on deliverable nuclear weapons, while still financing and arming terrorists worldwide. Assad seems likely to survive, which is bad enough by itself, but it will be compounded by the affirmation it affords Iranian and Russian strength. Israel will trust Washington even less than now, and ironically, Palestinians will be even more anti-American because Obama will not be able to deliver to them the Israeli concessions he predicted.

Perhaps this prospect of massive strategic failure will awaken Obama and America as a whole, but that seems unlikely. Instead, the increasing danger is that only another 9/11, another disaster, will produce the necessary awakening. There is tragedy ahead for our country if we continue on this course.

John Bolton, the former U.S. ambassador to the U.N., is a senior fellow at the American Enterprise Institute and the author of “Surrender Is Not an Option: Defending America at the United Nations and Abroad.”