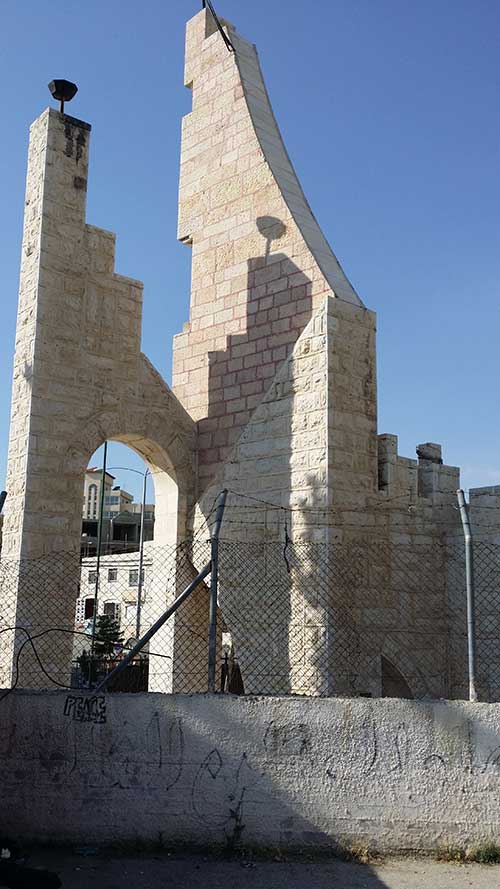 When the Pope visits UNRWA Deheishe refugee camp, south of Bethlejem, he will see murals on the walls of a UN facility that glorify homicide killers who died in the act of murder. These pics were photographed in Deheishe on May 10, 2014 A monument ALL OF PALESTINE hovers over Deheishe. In Deheishe, Poster for the Right of Return under pic of martyr. Mural on school in Deheishe of UNRWA grad who died in homocide attack. Poem on Deheishe walll in memory of girl who died in hiomocide attack. Silouette of armed fight on wall in UNRWA camp in Deheishe.