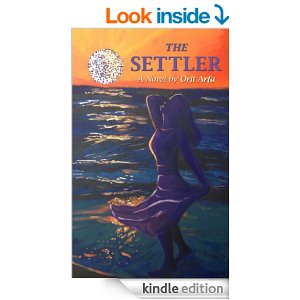 Like the thousands who made their lives in the rural settlement of Gush Katif in Gaza, college freshman Sarah Dakar didn’t believe the Israel Defense Force would dare kick Jews out of their homes in Gaza. “Jews Don’t Expel Jews” she cried along with the Zionist activists seeking to stop what they called “The Expulsion.”

Once she is dragged out of her home by the Jewish army she had once idolized-and to which her brother lost his life-she decides: Screw it. Screw God. Screw the country. Screw the Jewish people. She sets off for Israel’s big city, Tel Aviv, seductively fertile ground for a religious rebel.

The colorful lights and sizzling music of Tel Aviv’s world-famous nightclub, Atlantis, ignite her love for dance. Despite herself, she is drawn to its charismatic, liberal owner, Ziv Harel. He’s intrigued by the prospect of transforming a “religious settler” into a nightlife queen.

Their tortured romance forces both to confront their deep-seated values, but how far will Sarah go to question who she is and what she believes-and at what cost?