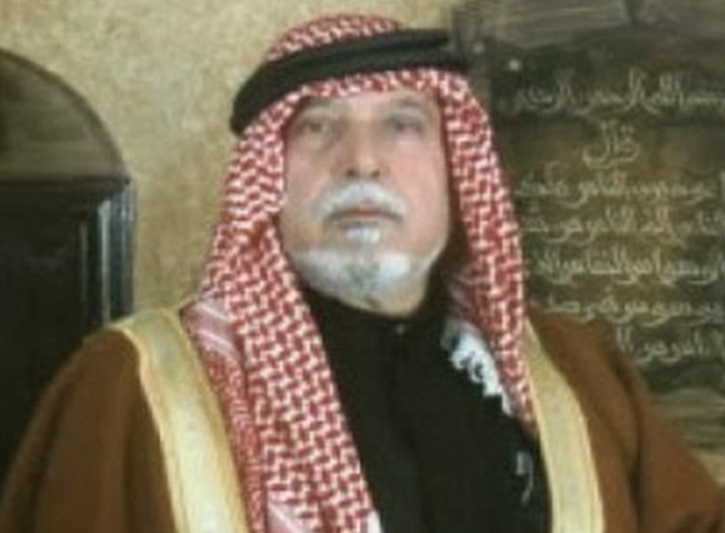 Sheikh Ahmad Adwan, who introduces himself as a Muslim scholar who lives in Jordan, said on his personal Facebook page that there is no such thing as “Palestine” in the Koran. Allah has assigned the Holy Land to the Children of Israel until the Day of Judgment (Koran, Sura 5 – “The Sura of the Table”, Verse 21), and “We made the Children of Israel the inheritors (of the land)” (Koran, Sura 26 – “The Sura of the Poets”, Verse 59). “I say to those who distort their Lord’s book, the Koran: From where did you bring the name Palestine, you liars, you accursed, when Allah has already named it “The Holy Land” and bequeathed it to the Children of Israel until the Day of Judgment. There is no such thing as ‘Palestine’ in the Koran. Your demand for the Land of Israel is a falsehood and it constitutes an attack on the Koran, on the Jews and their land. Therefore you won’t succeed, and Allah will fail you and humiliate you, because Allah is the one who will protect them (i.e. the Jews).”

It is worth mentioning, that the above mentioned sheikh visited Israel and met Jewish religious scholars. The “Israel in Arabic” site conducted an interview with him, in which he said that the reason for his openness towards the Jewish people “comes from my acknowledgment of their sovereignty on their land and my belief in the Koran, which told us and emphasized this in many places, like His (Allah’s) saying ”Oh People (i.e the Children of Israel), enter the Holy Land which Allah has assigned unto you” (Koran, Sura 5 – “The Sura of the Table”, Verse 21), and His saying “We made the Children of Israel the inheritors (of the land)” (Koran, Sura 26 – “The Sura of the Poets”, Verse 59) and many other verses.

He (Adwan) added: “(The Jews) are peaceful people who love peace, who are not hostile and are not aggressors, but if they are attacked, they defend themselves while causing as little damage to the attackers as possible. It is an honor for them that Allah has chosen them over the worlds – meaning over the people and the Jinns until the Day of Judgment. I made the reasons for Allah’s choice clear in my books and pamphlets. When Allah chose them, He didn’t do so out of politeness, and He wasn’t unjust other peoples, it is just that they (the Jews) deserved this.”