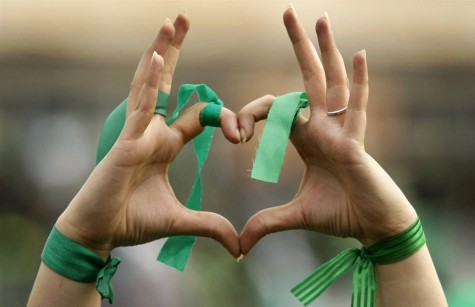 People can do terrible things.

People, acting on their beliefs, can even do very terrible things to themselves

What is new is that in the last year we are being flooded with graphic proof of this on YouTube and other places on the internet.

My fervent hope for the coming New Year is that this very important message is now being driven home to the decision makers of the world.

Because the response to Iran hinges on coming to grips with that critical truth: that people, acting on their beliefs, can even do very terrible things to themselves.

Let’s walk through this:

What will Iran do if it has nukes?

The Iranian leadership professes to believe, as “Twelver Shiites”, that incinerating Israel with nuclear weapons – even if followed up by the incineration of Iran – would be a positive thing because the apocalyptic result would bring the return of the Hidden Imam.

Many western analysts seek comfort in the notion that Iran wants nukes only as a deterrent. But if the purpose of Iranian nukes is to bring about an Apocalypse there’s no viable alternative to a strict policy that will guaranty that the Iranian Twelvers never have nukes.

People, acting on their beliefs, can even do very terrible things to themselves

Not a particularly happy message to start the New Year with.

But it is one that might very well help insure that the coming year will indeed be a Year of Life.