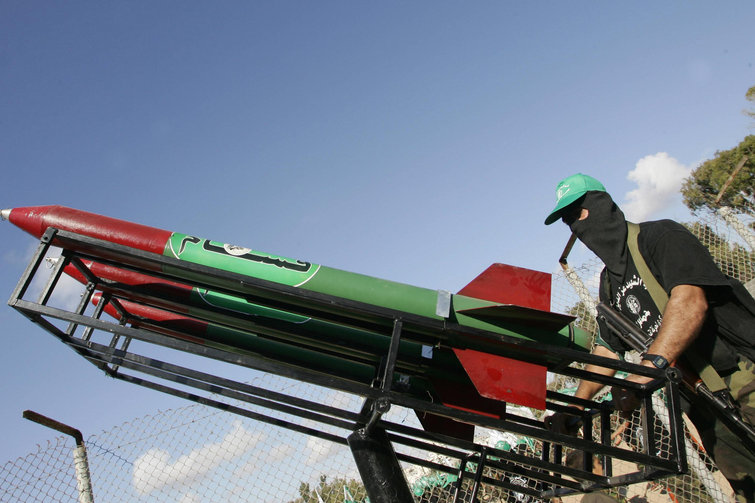 Israel has been monitoring renewed rocket tests by Hamas in the Gaza Strip.

Israeli military sources said Hamas has renewed the testing of extended-range surface-to-surface rockets. They said Hamas engineers have overseen the development of new Iranian-designed rockets in launches from the Gaza Strip into the Mediterranean Sea.

“They have accelerated all efforts to rearm and develop much more
powerful weapons than we have seen until now,” a source said.

Sources said Hamas has so far launched five advanced rockets in
tests from the Gaza coast into the Mediterranean over the last month. They
said the tests appear to include that of an indigenous variant of the
Syrian-origin M-302, with a range of 160 kilometers.

Hamas fired several M-302s during the 50-day war with Israel in July and
August 2014. The missiles reached the northern Israeli port of Haifa but did
not cause casualties or significant damage.

The sources said a key Hamas launching pad was in the former Jewish
community of Netzarim, evacuated by Israel during its unilateral withdrawal
from the Gaza Strip in 2005. They said at least five rockets were fired from
Netzarim in September 2014, the first taking place days after the ceasefire
with Israel.At the same time, Hamas has been restoring its missile and rocket
assembly line. The sources said the effort reflected Hamas’ determination to
renew fighting with Israel should the current ceasefire collapse.

“Hamas seek to restore the rocket lathes, of which 50 percent were
destroyed during the fighting in Gaza,” the authoritative Israel Defense
magazine said. “In the IDF, they are monitoring the situation and say that
these are not new rockets with new ranges.”