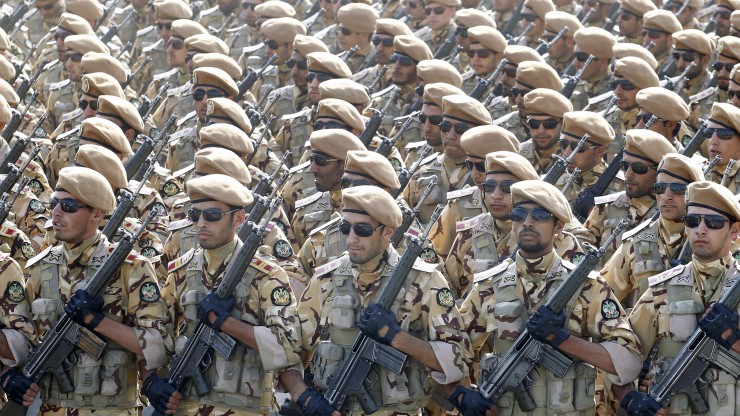 Israel has determined that Iran was intensifying espionage missions in the Jewish state.

The Israeli intelligence community has determined that Teheran expanded operations in Israel over the last year amid the threat of an attack on Iranian nuclear facilities. Officials said Iran’s Islamic Revolutionary Guard Corps has been directing espionage operations in the Jewish state as well as in the West Bank and Gaza Strip.

“The involvement of IRGC means that these operations are about identifying targets for future attacks on Israel,” an official said.

The officials said the intelligence community assessed that IRGC-Quds Force was taking over many espionage operations from the Iranian Intelligence Ministry, responsible for foreign spying. They said IRGC has been unhappy with the intelligence supplied by the ministry.

In 2014, the Israel Security Agency acknowledged IRGC espionage operations. The agency reported the arrest of an alleged agent identified as Ali Mansouri, said to have been directed by the Quds Force.

“The significance of this is that Mansouri was not sent to Israel to spy and collect intelligence like his predecessors, but rather to establish an infrastructure to carry out terror attacks within Israel,” Lior Ackerman, a former senior ISA official, said.

Officials said Quds Force has been working with Hizbullah to identify and strike Israeli targets abroad. They cited attacks and plots in such countries as Azerbaijan, Georgia, India, Kenya, Nigeria and Thailand over the last two years.

Al Mansouri, an Iranian with Belgian citizenship, was arrested on his third visit to Israel. Officials said he operated under the cover of trying to establish a business in the Tel Aviv area, which allowed him to meet prominent Israelis.

IRGC was also said to be stationed in the Hamas-ruled Gaza Strip. Officials said IRGC was working with Hizbullah to enhance missile and rocket development and production in any future war with Israel.

“They have a special unit, called 1800, to work with the terrorists,” Israeli Defense Minister Moshe Ya’alon said.

Ya’alon said Hizbullah agents have been entering the Gaza Strip via Lebanon, Sudan and Egypt since Israel’s withdrawal from the Palestinian enclave in 2005. He said the same Unit 1800 works in the West Bank, much of it controlled by the Palesitnian Authority.

Officials said the intervention by Quds Force meant an enhancement of Iranian espionage operations. They said the handling of Al Mansouri reflected the methods of Western intelligence agencies.

]”ISA’s real challenge is to identify suspicious signs, patterns and activities suggestive of espionage or terror, collect intelligence and use it properly in order to both prevent the activities themselves and glean information for thwarting future plots,” Ackerman said.