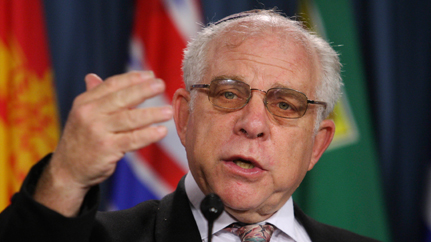 OTTAWA – The United Nations should investigate its relief work agency in the Palestinian territories, according to a pro-Israeli research group and a Conservative MP.

David Bedein, head of the Jerusalem-based Centre for Near East Policy Research, said Tuesday that Hamas, listed by Canada as a terror group, has taken over the United Nations Relief Works Agency for Palestine (UNRWA).

UNRWA runs schools and distributes international funds to Palestinians in the West Bank and Gaza.

Bedein said Tuesday in Ottawa that the UN agency is teaching children to hate Jews and is helping Hamas store weapons and to facilitate terrorist attacks against Israeli cities.

Tory MP James Lunny called on UN Secretary General Ban Ki-moon to “investigate the complicity of UNRWA” and said countries that fund the agency, such as the United States, should “deal with some accountability measures.”