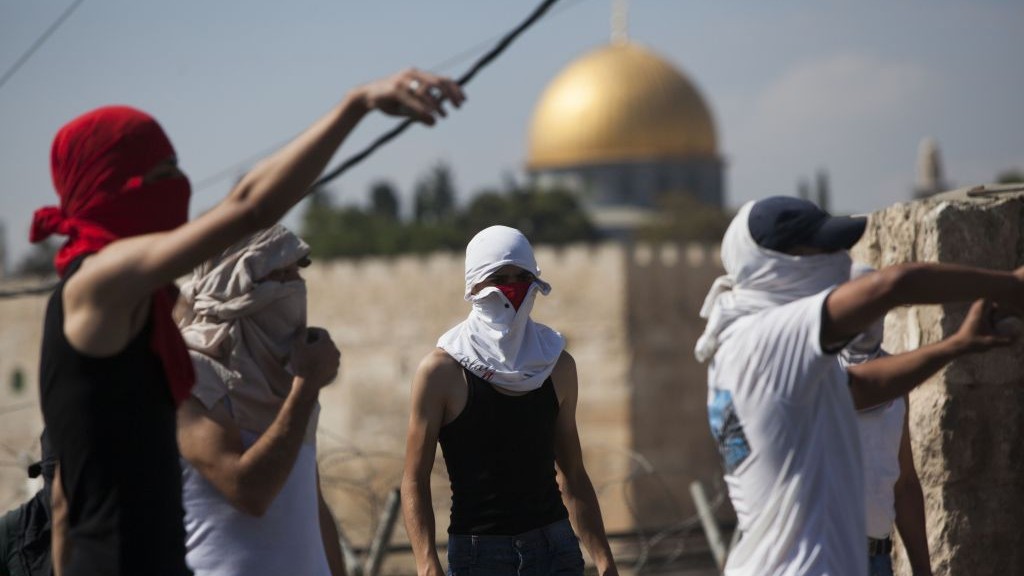 Since 1967, all Israeli governments have employed balanced, carefully thought out policies on the Temple Mount in order to avoid any major conflicts with the Muslim world, and this is still the right approach to take.

In the arrangement made at the time with senior Palestinian Muslim clerics, Israel agreed, despite the heart-breaking pain, to prohibit Jewish prayer on the Temple Mount, and it granted, with certain limitations, autonomy to the Waqf to manage the area. Alongside that, it was promised that Jews, and people of other religions, had full rights to visit any part of the Temple Mount, including the two main shines: Al-Aqsa mosque and the Dome of the Rock. Twenty-seven years later, when the peace agreement with Jordan was made, the Hashemite Kingdom was also promised special status on the Temple Mount.

However, while Israel has maintained its side of these agreements, the Palestinians have violated them almost since day one, both in their words and in their actions: From throwing stones and physically harassing groups of visitors, to using the front portion of the Temple Mount to attack Jews praying at the Western Wall below.

If in the beginning, these were thought to be sporadic actions, it later became more and more clear that the Palestinian political and religious leadership was behind the riots (with the help of Islamists among the Israeli Arab population, and yes, Arab MKs as well). The Palestinians, time has revealed, are not only against the agreement made in 1967, but are essentially against the right of the Jewish people to be in the place that has been most holy — both nationally and religiously — to them for all of history.

A clear expression of this sentiment can be found in the recent words of Palestinian Authority President Mahmoud Abbas, who in his speech at the International Conference for the Defense of Jerusalem, called on Palestinians to stop settlers (?) “from entering the [Temple Mount] compound by any means. This is our Aqsa [mosque] … and they have no right to enter it and desecrate it.”

The use of the word “desecrate” shows the racist, anti-Semitic character of his remarks, and by the way, Abbas is not the first or only person to speak this way. Before him, among others, there was Dr. Ali Jarbawi, a former Palestinian Authority minister and now a political science professor at Birzeit University, who, in a tendentious and false article in The New York Times, argued that former Prime Minister Ariel Sharon’s visit to the Temple Mount “triggered the Second Intifada,” as if his very presence was an invasion of the sacred place.

In other words, contrary to the approach of the Christian churches, which welcomes people of other religions, or the Jewish approach, which does not see anything wrong with Christians and Muslims in its holy places, in the eyes of Abbas and Jarbawi, Jewish presence “desecrates” the sacred places of Islam.

Ironically, in Islam, there is actually a tradition of desecrating holy places — not just one carried out by the Islamic State group and the Taliban — but also by the Palestinians who desecrated, and continue to vandalize, Jewish graves on the Mount of Olives, and who destroyed synagogues in the Old City. Not to mention that throughout the entire Jordanian occupation, Jews were not allowed to visit the Western Wall.

Statements like Abbas’ put Israel’s tolerance for the Temple Mount partnership, both in principle and in practice, in a difficult position and raise questions as to the future of the agreement made in 1967. This is an unfortunate and alarming development that cannot be ignored, even when aiming for a comprehensive political agreement with the Palestinians and the Arab world.

Over the years, several proposals have bee made for a solution to the problematic reality on the Temple Mount, but with this atmosphere of extremism, it is doubtful whether it will be possible to implement them in the near future.