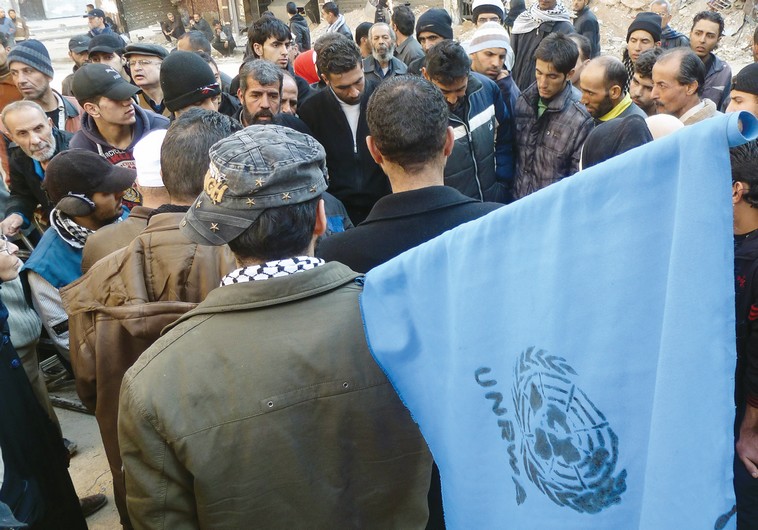 The State Department is calling on personnel at the United Nations Relief and Works Agency for Palestine Refugees in the Near East to “uphold its stated policy of neutrality,” after its spokesman, Chris Gunness, called for a boycott of The Jerusalem Post last week.

“Our position on UNRWA and its important humanitarian role is very clear,” State Department spokesman Edgar Vasquez told the Post. “It is imperative that all sides respect the humanitarian and development role of UNRWA. And we expect UNRWA personnel to uphold its stated policy of neutrality so that it can carry out its critical mandate.”

Gunness claimed impartiality in an article published by the Post last week, reacting with a series of tweets critical of the newspaper and its staff. The article was an op-ed, written by Palestinian human rights activist Bassam Eid.

One of those tweets called for a “boycott of JPost,” interpreted by the newspaper as a breach of its commitment to neutrality.

“We have been in touch with Chris Gunness, who has made clear that, in his tweets, he was not calling for a boycott against any media outlet but instead was making his objections to a single article that we all find problematic,” one UN spokesman said, responding to the incident.

The Post rejects claims of such bias, and its editor-inchief, Steve Linde, responded to Gunness’s claims in a statement on Sunday.

“An attack of this kind by a senior staff member of a UN body that employs as many as 30,000 people and provides aid to millions of Palestinians is unbecoming,” Linde said, adding that the attack “represents an unacceptable breach of protocol and neutrality he is supposed to uphold.”

A Change.org petition, now with nearly 500 signatures, is calling on US ambassador to the UN Samantha Power to condemn UNRWA for Gunness’s comments and demand his apology.

Responding to the petition, Vasquez suggested that any US concerns over the incident would likely be expressed privately.

“We will make our views known through the appropriate channels,” Vasquez said.