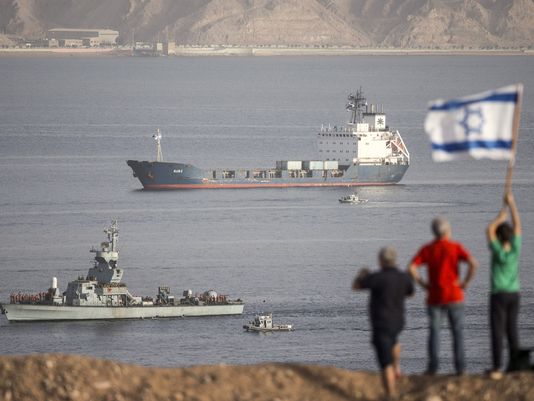 TEL AVIV — As Israel grapples with an arc of threats that emanate up and around the Arabian Sea, an Internet Protocol (IP)-supported communications network is augmenting its ability to command complex operations at its borders and far beyond.

Elements of the voice over IP (VoIP) network have been operational for years, and officials here credit it for supporting a months-long mission that culminated in the March 2014 seizure of an Iranian arms cache some 1,500 kilometers from Israel’s Red Sea coast.

But it was only in late December that the network was declared fully operational, connecting special units commanded by the Israel Defense Forces (IDF) General Staff and IDF headquarters with all echelons operating under Israel’s three territorial commands.

“It’s state-of-the-art and it’s operational IDF-wide as of the end of 2014,” said Col. Yossi Mashiah, who managed the program as head of the Maof C4I Programs and Systems Engineering Department, part of the C4I Directorate of the IDF General Staff.

“We’re relative pioneers in this world. We started in early 2000 and now I can say with pride that no matter where the commanders are or where the forces are, there’s a single network-based radio communications for everyone.”

He added, “At the end of the day, you win wars and successfully accomplish special missions with radio.”

In a mid-January interview, Mashiah said parts of the network were used to support tactical forces in last summer’s Protective Edge operation in Gaza.

“In the past half-year, our people were in the field tweaking things. We went to Gaza to fix a satellite terminal one day and were out in the field with command centers on other days. … Now it’s all humming nicely,” he said.

As for special missions, Mashiah cited last year’s Operation Full Disclosure, when Israel tracked the Klos C arms smuggling ship as it plied the Arabian Gulf, eventually seizing it as it made its way up through the Red Sea.

“Where ever you have the infrastructure for backhauling, you can use it,” Mashiah said. “I can’t provide any more specifics, but suffice it to say that this operational network of ours has been very broadly deployed.”

The multiyear program, which Mashiah estimated cost “tens of millions” of dollars, is managed by Maof and operated by the IDF’s Choshen Brigade, also part of the C4I Branch of the IDF General Staff.

Technology and standards are developed by state-owned Rafael, part of them under subcontract to Elbit Systems, developer of the IDF’s digital C4I network, known as Tzayad, or Digital Army Program (DAP).

The Hebrew name for the network is classified. For public consumption, program officials generically refer to it as Radio over IP (RoiP).

But Avriel S., a product line manager in Rafael’s Communications Directorate whose surname is withheld by the company for security reasons, says the network is much more than a radio system. Elements of the IDF system are available to export to license-approved nations under land- and sea-based systems marketed by Rafael, respectively, under the names C4I-Connect and Sea-Com.

“It’s radio, but it’s actually voice and data IP,” said Avriel S. “Radio is part of the voice communications, but everything can be transferred over this infrastructure, including telephony, intercom and all types of data. The RoiP project enables true interoperability by transferring voice and data between forces and across all command echelons.”

For all operations, including special operations, the network — which the Rafael executive noted is actually an application that lays on the IDF’s IP infrastructure — enables mission planning and mission implementation even in instances when servers are jammed or shut down.

“This is one of the special features. As long as they use smart terminals, everything will remain working without interference as long as the IP network is available, even in instances when servers are jammed or shut down,” Avriel S. said. “Once the communication traffic between users and the radio is established, you don’t need any server. You can’t allocate new sessions, but those already on can keep on transmitting and receiving.”

Another feature, he said, is the high reliability and inherent security measures built into the system, which is unlimited by range and adaptable to any method of communications relay.

“The ROIP communications are flexible and highly efficient, no matter where the forces are and whether they are supported by microwave link, satellites, whatever,” Avriel S. said.

Mashiah said more sophisticated versions are in the works to hone connectivity with the Israel Air Force, which now uses its own system to patch into the network. An electronics engineer specializing in tactical communication, he retired in mid-January after 27 years in the IDF, most of them in the Signals Corps.

“I’ve been with this program from the beginning, since I was a major, and I can tell you that it’s already revolutionized our ability to operate as a joint, networked force,” he said. “We’ve left the world of point-to-point communications via radio. Now it’s flexible. It’s everywhere to everywhere, unlimited by range or the amount of users authorized to be on the net.”