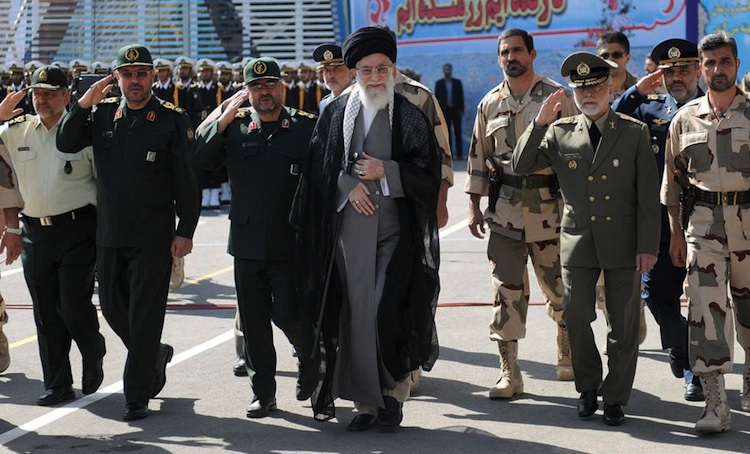 Last Friday, Iran-backed Shiite Houthi rebels dissolved Yemen’s parliament and set up a five-member presidential council to form a transitional government to govern Yemen for the next two years.

The steps were taken to fill a power vacuum after President Abedrabbo Mansour Hadi and Prime Minister Khalid Bahah resigned at the end of January. Their resignations came after the Houthis overran the capital Sana’a and seized the presidential palace and government buildings.

Yemen’s Gulf neighbors reacted sharply to the Houthi coup. The six-nation Gulf Cooperation Council (GCC) issued a statement that termed the coup “a grave and unacceptable escalation that endangers the security, stability, sovereignty and territorial integrity of Yemen.”

The Saudi-led GCC that also includes Bahrain, Kuwait, Oman, Qatar, and the United Arab Emirates had urged the Houthis to pull out of Sana’a. The Sunni monarchies stated that the security of their countries is linked to Yemen and vowed to take “all necessary measures to defend their interests.”

The Houthi coup means that Yemen has now become the fourth Arab country controlled by Iran. The others are Assad-controlled Syria, Iraq (except for Kurdistan and the territory of the Islamic State), and Lebanon–dominated by Hezbollah.

The Iranian takeover of Yemen has been long in the making. In 2011, shortly after the turmoil in the Arab countries started, the Iranian regime produced a documentary in which it explained the chaotic events from the perspective of the Hadith. The intention of the movie was to show that the crisis in the Middle East foretells the imminent arrival of the Shiite messiah Mahdi and the unification of the world under Islam. This process was to be led by the Islamic Republic of Iran.

Yemen was explicitly mentioned in the documentary as a country that would witness “a holy revolution” and would then serve as a beachhead in an ensuing assault on Saudi Arabia’s holy Muslim places Mecca and Medina. Since the beginning of the Shiite insurgency against the Sunni-dominated central government in Yemen in 2004, fighting has occasionally spread to the Saudi province of Jizan.

Saudi Arabia accuses Iran of actively assisting the Houthi insurgency in Yemen. The Houthis deny this; but last year, an Iranian official told Reuters that there were a few hundred members of Iran’s Quds Force training Houthi fighters in Yemen–and that Houthi fighters traveled to Iran as well.

The Quds Force is part of the Iranian Revolutionary Guard and is involved in aiding the Assad regime in Syria and Shiite groups such as Hezbollah in Lebanon and Asaib Ahl al-Haq and Kataib Hezbollah in Iraq.

The Gulf States are not the only ones who are alarmed about the Shiite takeover of Yemen. Israel is concerned, too.

By controlling Yemen, Iran achieves a strategic and economic choke-hold on Saudi Arabia and Israel.

The Houthis also seized the Red Sea port Hodeida. As a result, Iran now can control the Mandeb Strait connecting the Red Sea to the Gulf of Aden and Indian Ocean. Through this strategic link between the Mediterranean Sea and the Indian Ocean passes three million barrels of oil daily. The Red Sea is also a lifeline for Israel because the bulk of its oil is delivered via the southern port of Eilat.

The White House too reacted to the Shiite takeover of Yemen. Spokesman Eric Schultz said that the administration is deeply concerned and called the coup a unilateral step that doesn’t meet the standard set by Jamal Benomar, the U.N. envoy to Yemen, to achieve consensus in Yemen. He also insisted that the coup would not affect U.S. counter-terrorism efforts there.

Schultz no doubt meant the drone attacks on Sunni Islamists in Yemen.

This suggests two things. Either the Obama administration does not understand Iran’s role in Yemen, or it condones Iran’s actions in the country.

Apparently, the latter is true. How do we know?

The situation resembles that of Iraq, where the United States actively supports Iran-backed Shiite militias.

For example, in November 2014, Asaib Ahl al-Haq and Kataib Hezbollah, a U.S.-designated terrorist entity, received indirect air support from U.S. warplanes in their battle with ISIS near Amerli, a Shia town of 15,000. These militias also use U.S. Abram tanks and armored vehicles intended for Iraq’s regular army.

The Shia militia groups which often collaborate with the U.S.–backed Iraqi army are involved in committing crimes against humanity. At the beginning of February, Reuters reported that “at least 72 unarmed Sunni Iraqis were taken from their homes by men in uniform: heads down and linked together, then led in small groups to a field, made to kneel, and selected to be shot one by one.

Iranian Maj. Gen. Qassem Suleimani, the head of IRGC’s Quds Force, who oversees the Hezbollah-izition of Iraq’s military, has his headquarters on this base of the Iraqi Air Force, which is the air force base used by the U.S. Army after it invaded Iraq in 2003.

Iranian warplanes recently flew sorties into Iraq to attack Islamic State targets. Reporters noted that the Iranian jets were in the same airspace as American warplanes. The Pentagon admitted that this was the result of “coordination,” and Secretary of State John Kerry said that the cooperation was “net positive.”

Senator John McCain recently said on CBS’ Face The Nation that Iran is on the march everywhere, and there is no strategy to defeat them. Obama, however, does have a strategy on Iran. The aim of this strategy is not to defeat Iran but to bring it back into the community of nations. In his words, “Iran could become a very successful regional power.”

Obama’s strategy is based on the assumption that integrating Iran into diplomatic and economic systems will moderate its aggressive behavior. A nuclear deal with Iran is key to this strategy. In a March 2014 interview, he argued that a deal on Iran’s nuclear program could strengthen reformist trends and voices in Iran and would integrate Iran’s economy into the international community.

As we see today in Yemen and Iraq, Iran is indeed on its way to becoming a “very successful regional power”–but not the sort of power that Obama claims to have in mind.

As Western Journalism reported last week, Iran continues to deceive the world about its nuclear program, is heavily involved in sponsoring terrorism, threatens to annihilate Israel, and is pursuing an aggressive imperialist policy that aims for world hegemony–no less.
Read more at http://www.westernjournalism.com/iran-becoming-successful-regional-power/#ywJwOUUoGOTAlVAo.99