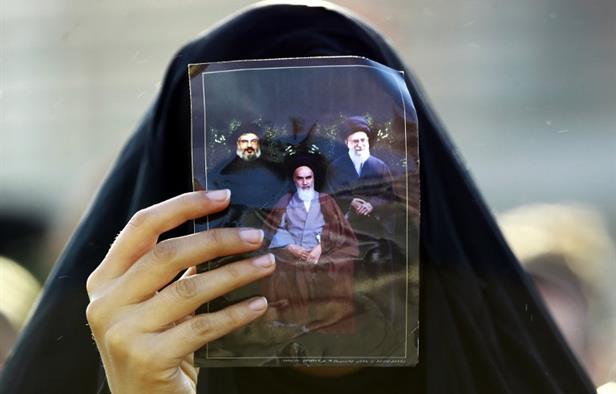 When Iran’s economy was thriving, Iran had only Hezbollah to nurture and spoil. Shiites in Lebanon were enjoying the benefits of the services and aid the Iranian money provided. In addition, the “Resistance” was a worthy cause for them and always yielded victories and political pride. But things have changed since the inception of the Islamic Revolution.

Iran’s regional ambitions have grown and its nuclear program has become a daunting reality. Iran now controls Lebanon, Syria, Iraq and Yemen, and has armies and militias throughout these countries.

But how many armies can one country maintain? Iran’s armies are growing in number and requirements, while its budget — and eventually expenditure — took at least a 50% hit due to sanctions and falling oil prices. Today, the Iranian people can barely eat while their regime has to sponsor Hezbollah in Lebanon and Syria, the Assad regime’s army and militias, militant groups in Iraq and the Houthis in Yemen.

So, Iran has had to make a few cuts here and there in order to delay a crash, hoping that the nuclear deal will turn out in its favor. Priority, of course, goes to its Syria operations and the militias in Iraq, because they constitute Iran’s main war in the region. Consequently, Lebanon — or rather the Hezbollah community in Lebanon — has suffered most.

Services had to be cut. In addition to the lack of services, salary cuts and delays in payments, reported by Newsweek last month, a more crucial measure has been put into action, according to sources in the community: reducing the Nour Card’s coverage.

The Nour Card is like a social security card that provides medical and other basic services to its holder, in addition to discounts in certain shops. Unlike the Amir Cards — shopping discount cards — which are still available to all Shiites, Nour Cards are given to people within Hezbollah’s community and cover medical care, education and other services. Not all Shiites have these cards, but they are not exclusive to fighters and core members. Basically, if you’re a loyal supporter, and can prove it by showing up to Hezbollah’s rallies, participating or volunteering in Hezbollah’s institutional undertakings and activities, you will be rewarded with a Nour Card.

With the Amir Card, you can get up to 50% off almost everything in the southern suburbs of Beirut (Dahiyeh), the South and the Bekaa, from basics like food, schoolbooks and clothes, to luxuries such as furniture, beauty centers and jewelry. But with the Nour Card, you obtain the services that the Lebanese state usually provides but doesn’t.

The Nour Card is like an identity card that affirms one’s citizenship on the State of Hezbollah.

Shrinking these services means more than a financial crisis. It shows that Hezbollah is turning into an unreliable state — similar to the Lebanese state during the war. In addition to the failing economy, the Party of God has recently been hit with scandals of corruption, Keptagon production, car theft mobs, Israeli spies, and financial scandals.

Times are changing, and it’s just a matter of time before Hezbollah’s community really starts to feel the repercussions of this crisis. Becoming so unreliable in Lebanon, with no victory in Syria, and with ISIS moving closer to Lebanon’s borders has left Hezbollah very vulnerable, mainly in front of its own people, its backbone.

Usually, if it is not the money, it is the sacred cause or the divine victory:  the triangle that Hezbollah has always depended on. Today, all the sides of this triangle have been broken.

Tales of Imam Mahdi appearing in Syria — and the whole sacred battle to pave the way for Mahdi — don’t make the same sense anymore. Imam Mahdi, whose appearance is the ultimate dream of Shiites, is still hiding while the Sunni Islamists have achieved their ultimate dream: the creation of a caliphate.

Although the US is opening up to Iran, which seems to be winning the region state by state, there is a general feeling of fear and helplessness among the Shiites of Lebanon. ISIS is at the doors and Hezbollah can’t do anything about it. Iran is no longer sending bags full of money. And where the hell is the Mahdi?

Hiding behind the dialogue

In view of all this, Hezbollah started a dialogue with Future Movement. Naturally, Hezbollah will not give anything up, which everyone knows. They do not compromise, especially in the darkest of times, because pride is all that is left to the Shiites in Lebanon.

But why is Hezbollah talking to Future? After five sessions, it seems they are talking for the sake of talking, but in reality Hezbollah is trying to find refuge in Lebanon by prolonging this dialogue. They know their war in Syria will not end well. They know their own people will not tolerate this war and the financial crisis for long. And if a deal with the US doesn’t work out, there is nowhere else to go but back home.

State resources and institutions will become vital and Hezbollah will have to rely on these institutions more than ever. But who will help Hezbollah back to Lebanon? Certainly not FPM leader Michel Aoun. Hezbollah will need the Sunnis to welcome them back after spending years killing Sunnis in the region.

When this happens, and if Hezbollah is not welcome back home, the Shiites will be left out in the cold. Who will protect them from revenge? And who will protect the Sunnis in Lebanon from both ISIS and Hezbollah? If anything, the dialogue should address this issue before anything else. Because without a serious strategy, backed by the regional players, a Sunni-Shiite war in Lebanon is inevitable. And this is also bad news for Hezbollah should they be planning to survive.