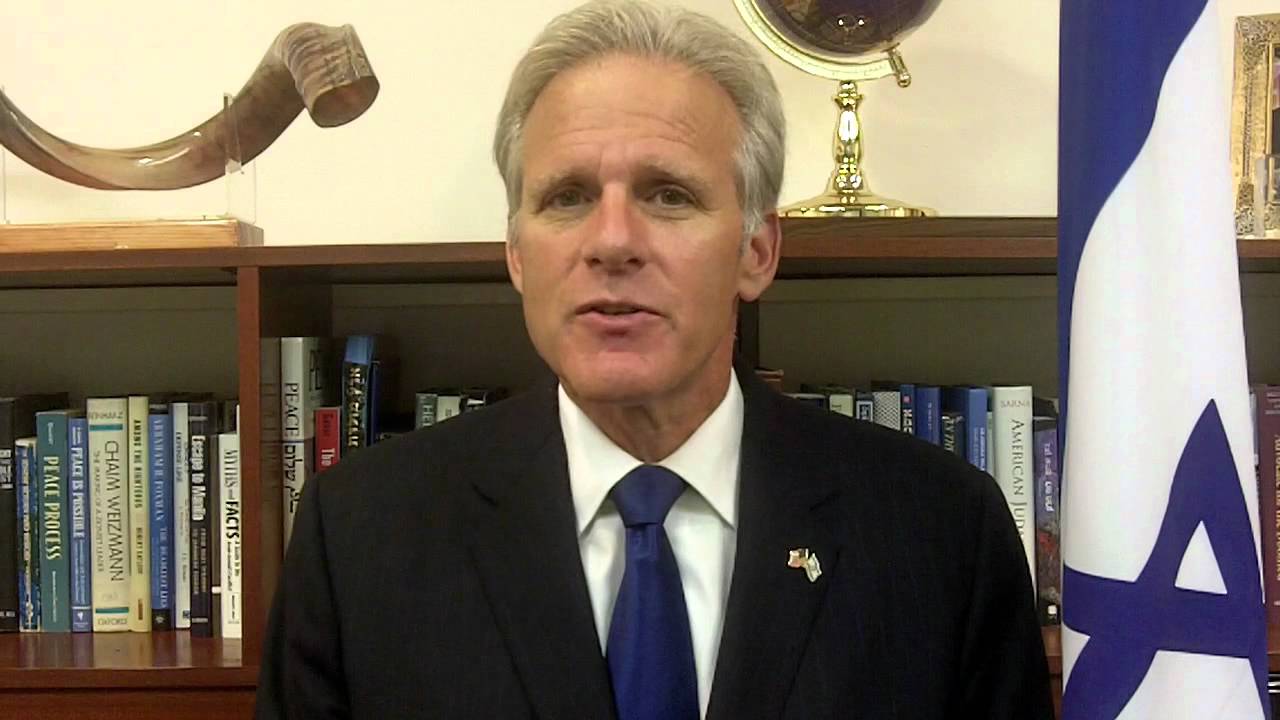 Michael Oren​, an American born Israeli academic, former Israel ambassador to the US, is now running for the Knesset on the ticket of a small political party.

During his political campaign, Oren has positioned himself as a specialist in diplomatic matters

Yet Oren’s perspective on developing events seems to lack a grasp of reality.

​In Oren’s recent piece, ​”The Case For a ‘Two state situation’, published in the Wall Street Journal on February 26, 2015*, th​e new Israeli politician’s “new approach” ​is shown to be filled with illusions and delusions.

​​Oren ​neglects to report that ever since the Israel Defense Forces “Operation Defensive Shield” in April 2002, Israeli forces are strategically deployed in and around all Palestinian population centers, to prevent Palestinian incursions and mortar attacks into Israeli cities from Judea or Samaria.

​Oren ​neglects to report ​that ​every night, the IDF patrols Arab villages, without fan fare or great publicity.

​​Oren nelects toreport​ that If the Palesinian Authority were to achieve independence, the IDF would not be able to conduct daily patrols in and around Palestinian population centers.

Oren ​neglects to report why Palestinians stopped firing from Beit Jalla (near Bethlehem) in the direction of Gilo, the southernmost neighborhood of Jerusalem​: Simply put, IDF quietly patrols Beit Jalla ​to prevent these attacks.

Oren gives Palestinians credit for stemming a third intifada, instead of giving credit to the tenacity of the IDF, which is the only entity that fights potential Palestinian terror bases,

Another illusion advanced by Oren is that “foreign governments and nongovernmental organizations could upgrade their efforts to create democratic institutions within the de facto Palestinian state”.

Oren is oblivious to the fact that during 20 years of nurturing a Palestinian entity, both foreign governments and NGO’s have fostered totalitarian Palestinian institutions, ignoring pleas of Palestinian dissidents for any semblance of democracy.

Oren envisions building ” tunnels and overpasses that can be built to further facilitate free movement.”, without noting that the Palestinian Authority and Hamas have prepared their population for war, as evidenced by the new joint school books used by PA, Hamas and UNRWA schools which imbue “values” of Matryrdom, Jihad, the Right of Return and the liberation of Palestine, all of Palestine into the new Palestinian curriculum.

Oren says that Israel will “minimize its interference in the lives of the more than 2.5 million Palestinians on the West Bank”.

Does Oren really mean that Israel should allow Palestinian education system to continue its increasing incitement to war?

Last but not least, Oren seems disconnected from Israeli reality.

Oren says that Israel should “restrict its building to the major West Bank settlement blocs in Judea and Samaria and to the Jewish neighborhoods of Jerusalem”.

Does that mean that Oren, if he serves the Israeli government, will not allow outlying Jewish communities to construct housing for young couples, or health, education or welfare agencies to serve their population?

In August, 2005, Michael Oren participated as an Israeli army officer in the expulsion of the Jewish population of the 21 thriving Katif communities near Gaza and the IDF retreat from Gaza.

Oren has yet to provide a clear analysis of the implications of this failed policy, which exposed half of Israel to aerial attacks from Gaza, and which removed the option of Israeli army patrols of Gaza, as the IDF now does routinely in Judea and Samaria.

Oren should address the subject: What would happen if Israel were to stop its army patrols of Palestinian cities, if the Palestinians were to gain sovereignty?