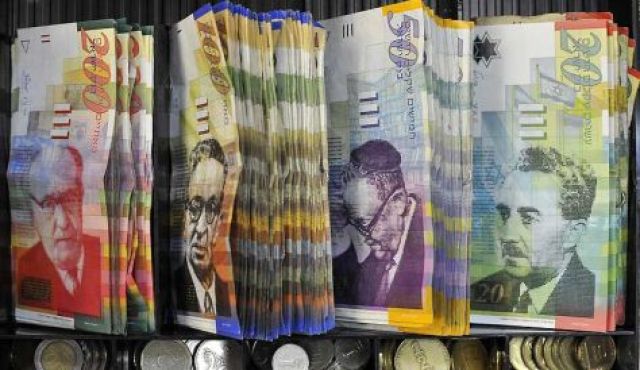 When you read this article, do not get an ulcer. Give an ulcer. If you live abroad, contact your local Israeli diplomat. If you live in Israel, make contact with members of the government, all of whom are listed at knesset.gov.il The message should be- The Israeli government must not agree to hand over a penny to the PA unless the PA puts an end to their “murder incentive fund”.

Over the past week, the Israeli prime minister authorized the transfer of hundreds of millions of shekels to the PA. This budget was allocated to fund activities by the PA, to pay salaries, to pay off debt to suppliers, and to pay ongoing miscellaneous expenses. This same budget is also used for monthly payments to those who have been tried and convicted in the act of  murder or attempted murder.

According to previously released data, every month, the Palestinian Authority transfers 17 million shekels to those who have been convicted of first degree murder or attempted murder who now serve their sentences in jail. Allocations are also made to the families of killers, with special grants for families of killers who die as while committing an act of murder. According to the PA distribution formula, the more severe the attack conducted by the killer and the longer the resulting prison sentence, the stipend is increased proportionately.

For example, Mahdi Hamdi , who was sentenced this week to two life sentences for the murder of Dalia Lemkus in a car-ramming and stabbing attack six months ago has started receiving monthly stipends from the PA. He currently receives 1,400 NIS a month. These payments will increase over time, and in the future, his monthly stipend will reach no less than 10,000 shekels.

Ziad Awad, who murdered Baruch Mizrachi on Passover Eve last year has received stipends from the PA totaling about 20,000 shekels. These stipends followed those he received for his previous imprisonment before he was released in the Gilad Shalit prisoner exchange, when he received about 300,000 shekels.

PA grants for acts of murder and attempted murder

PA monthly grants to killers-  according to years sentenced to prison:

What nation would not, as a matter of national pride, and a matter of justice… halt allocations to an entity that endorses, encourages and remunerates those who murder its citizens?