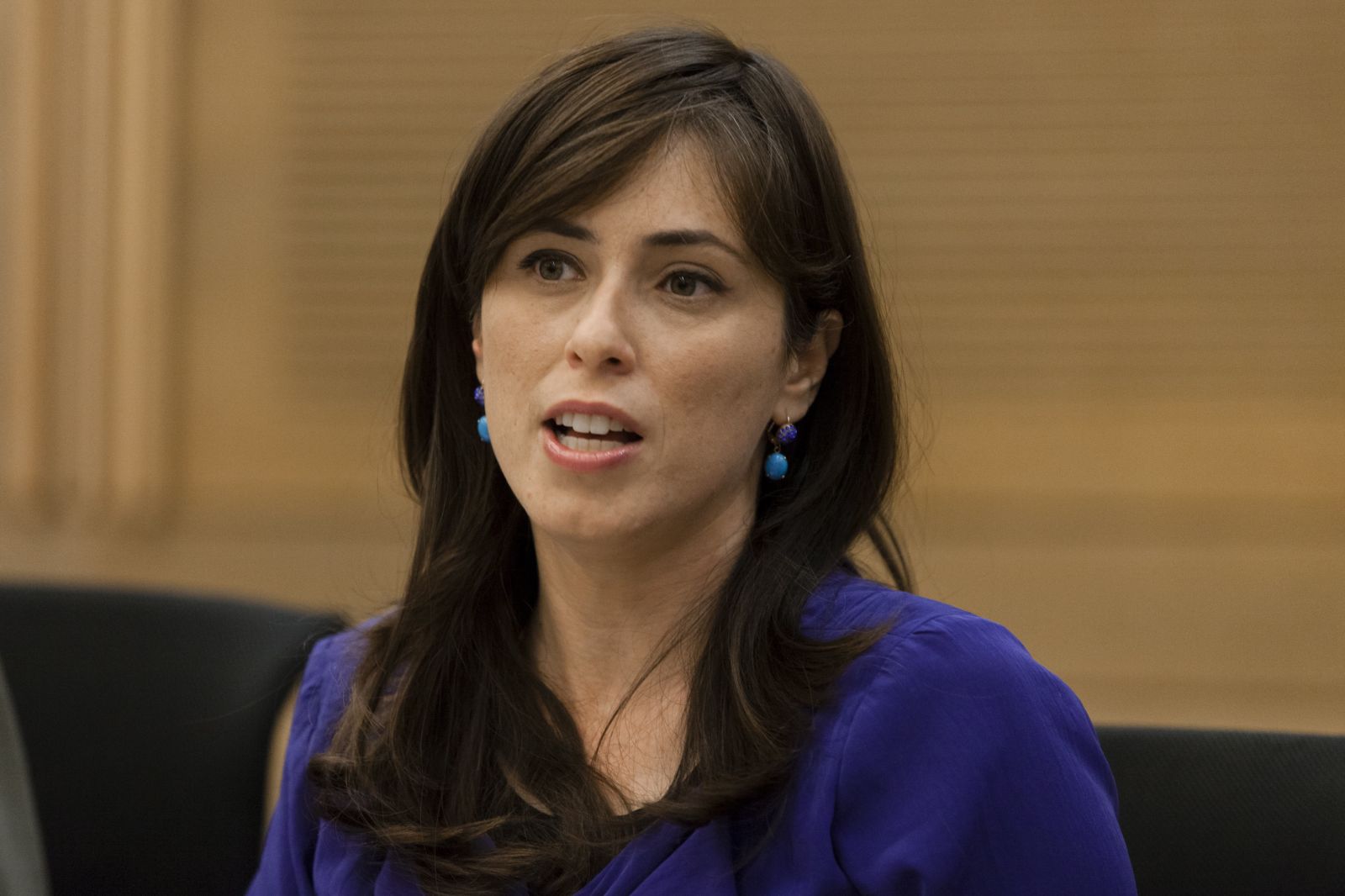 …Despite the disturbing chaos of Israel’s new government, there’s an opportunity now for Israel’s Foreign Ministry to start reframing the narrative around reality rather than fantasies. The problem is that much of the West no longer knows the difference.

Israel’s new deputy foreign minister, Tzipi Hotovely, has caused a sensation, not least in her own ministry. She has told the truth.

She said Israel must not hesitate to assert that the entire Land of Israel, including the West Bank, belongs to the Jewish people.

That right, she said, came from the Hebrew Bible. She referred to Maimonides, who asserted that Genesis began with the creation of the world in order to provide a riposte to foreign nations accusing the Jews of stealing the Land of Israel.

Israeli diplomats were aghast. “It’s the first time anyone has asked us to use verses from the Torah for public diplomacy abroad,” one was quoted as saying.

It is true that the hostile West (and many Israelis) may write off Hotovely as just another religious zealot who wants to annex the West Bank.

In fact, she also said she is committed to a two-state solution along the lines laid down by Prime Minister Netanyahu: that Israel would support a Palestine state established to live in peace alongside Israel.

But Hotovely’s point was of far deeper importance. For she asserted that Israel should be telling the world it had justice, morality and law on its side.

Well, hallelujah. For the first time that I can recall, the Israeli foreign service is being told to deliver a message that is not only demonstrably correct but which tackles the very core of the Western animus against Israel.

This is driven by the belief – fueled by ignorance and a five-decade propaganda campaign based on a total inversion of history – that the Jews in Israel are interlopers into a land that historically belonged as of right to Palestinian Muslims.

In fact the Jews are the only people, as a people, for whom Israel was ever their national kingdom. In the 1920s, the international community acknowledged this in the Mandate for Palestine.

This committed Britain to restore the Jewish national homeland by settling the Jews in what is now Israel, the West Bank and Gaza (and, until the British split Palestine in 1921, Jordan). That legal Jewish right to settle all the land has never been abrogated.

Infamously the British reneged on this treaty obligation, closing the doors of Palestine to Jewish refugees while offering their Arab attackers part of the Jews’ entitlement to the land (the original two-state solution). Which they refused, as they have done ever since.

Incentivizing in this way a war of extermination while punishing its victims has remained the West’s policy to this very day.

This is the principal reason why the Arab war against Israel continues without end.

Hotovely has exposed the lie at the core of the West’s policy of winking at terrorism.

The lie is that Israel’s actions are illegitimate and even illegal. In fact, Israel stands for law and justice, history and truth. It is the West that stands so shamefully on the other side.

The issue is not whether Israel should or should not hold on to all or part of Judea and Samaria. The issue is that it is entitled to it all, legally, historically and morally.

The Arab aggressors are the real interlopers and are entitled to nothing, just as throughout history the claims of any aggressor which has tried to exterminate a nation have been considered forfeit. To argue otherwise is to appease murderous aggression and abandon its victims to injustice, lies and further attack. And that in turn inspires other aggressors and creates further sets of victims elsewhere.

Of course Britain and the rest of the West don’t want to hear this. Fixed in their ahistorical and patently preposterous belief that only Israel’s settlements prevent a solution, Israel’s Western “friends” expect Israel alone to make “painful concessions.”

Why? Because the Arabs insist.

The issue is not how the land will be divided up after a peace settlement. It is about defeating those bent on a war of extermination against the Jewish homeland.

But Hotovely’s religious gloss is also crucial to this argument. Judaism comprises an indivisible connection between the religion, the people and the land. You don’t have to be religious or a Zionist to be a Jew.

But to deny this unique triple lock is to deny what Judaism inescapably is. So to be anti-Zionist is to be anti-Judaism. And that is also what Israel’s Foreign Ministry should be telling the world.

Maybe, though, the British and Europeans are now just too far gone in their hatred and irrationality toward Israel to be able to hear the arguments from justice, history and truth.

Richard Kemp, the former commander of British forces in Afghanistan who tirelessly speaks up for Israel, observed a few days ago that the West’s anti-Zionist and anti-Jewish pandemic is rooted in the undermining of fundamental Western values such as honesty, family, respect for the state, honor and loyalty.

I wrote something similar in my 2010 book The World Turned Upside Down: The Global Battle Over God, Truth and Power, in which I argued that the anti-Israel lunacy needed to be seen in the context of a Western world which had repudiated morality, evidence and reason itself in favor of liberal dogmas which had replaced truth by power. Dissidents resisting this progressive orthodoxy were persecuted with all the mind-bending fanaticism of the former Soviet Union or medieval Catholic Church.

Too many Israelis are themselves ignorant of Jewish history and of Judaism. They want Israel to be just like any other nation. Well it is not. It is the unique homeland of a unique people, subject to unique pressures and requiring unique support and protection.

Diaspora Jews also need to hear this. Too many subscribe to elements of the Big Lie about Israel. Too many American Jews – even some who are prominent in pro-Israel organizations – adopt positions which undermine it. This is because these Jews have made a religion out of the moral relativism which passes itself off as progressive but which demonizes truth-telling itself as “right-wing.”

Which is why Tzipi Hotovely is labeled “right-wing.” So too is Dore Gold, the new director-general of Israel’s Foreign Ministry, whose career as a UN diplomat and strategic thinker has been characterized by intellectual honesty and incisive analysis. Surely not so much “the Right” – merely right.

Despite the disturbing chaos of Israel’s new government, there’s an opportunity now for Israel’s Foreign Ministry to start reframing the narrative around reality rather than fantasies. The problem is that much of the West no longer knows the difference.