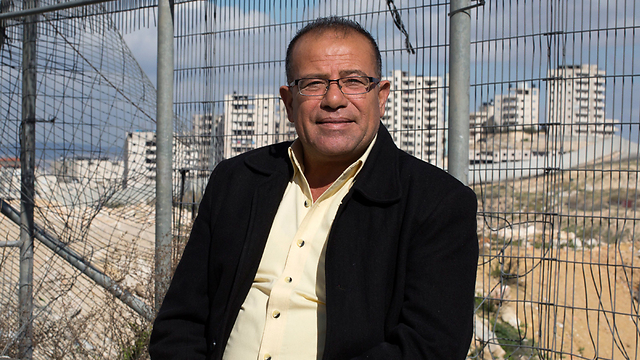 Bassam Eid is probably the most outspoken opponent of BDS, which is especially poignant since he is a Palestinian and a former activist for B’Tselem. Eid has credentials and experience that make his opinions even more powerful. He is the founder of The Palestinian Human Rights Monitoring Group, a group that documents human rights violations committed against Palestinians in the West Bank, Gaza Strip and East Jerusalem including those committed by Palestinian groups and individuals as well as Israelis.

Eid recently spoke to Ynet abut his unique perspective. He was born in the Jewish Quarter of Jerusalem’s Old City in 1958, but grew up in the Shuafat refugee camp in northeast Jerusalem. He moved some 15 years ago to Beit Hanina in East Jerusalem. Eid worked for B’tselem, an NGO funded from outside of Israel, which purports to monitor human rights violations, however in reality only operates against Israel in the West Bank and does not report or act upon human rights violations perpetrated by the Palestinian Authority. Eid believes that Arab communities in Israel and the Palestinian Authority territories are victimized by self-serving international activists. He harshly criticized UNRWA for perpetuating the plight of the refugees as well as for its political relationship with Hamas.

“Sixty-six years after it was created, UNRWA is still promising Palestinians that they will return to their homeland,” Eid told The Algemeiner by telephone. “In my opinion, causing five million Palestinian refugees to suffer more and more under the umbrella of the ‘right of return’ is a war crime. They are being used as pawns in a war strategy.”

“As a refugee, I want to see UNRWA submitting audited reports to donor countries,” Eid said. “I want UNRWA to present to the UN High Commissioner for Refugees a plan for the permanent resettlement of the Palestinian refugees. And I want UNRWA to abolish the curriculum they teach in their schools, which promotes war and terror and jihad.”

He claimed that UNWRA has not carried out a census in the camps for more than two decades. “While one source says there are 2.5 million refugees, the Palestinian Authority claims that the number is higher than 6 million,” he wrote in the Jerusalem Post. “UNRWA, which should be the authoritative source, is silent. So on what figures is UNRWA basing its requests for funds? Do the contributing countries have any idea of what they are contributing to?”

This disappointment led Eid to set up his organization, in order to help his people.

“I think it happened because European policy in recent years has been to come down hard on Israel and not the Palestinian Authority,” Eid says. “They view Israel as the main obstacle to the peace process and want to support the PA. One of the ways to show this support is to stop funding organizations that are critical of the PA.”

Eid continued in his path, working to improve the lot of his people, though his mission frequently led him to go against BDS and other groups who claimed to be helping the Palestinians.

I’m opposed to the boycott because it only ends up harming the Palestinians themselves. Take, for example, the SodaStream plant in Mishor Adumim that is now moving some of its operations to Be’er Sheva. I’ve met with Palestinians who worked at the factory and were fired because of the move. They told me they were earning an average of NIS 5,000 a month there, and that today they are being offered salaries of just NIS 1,400 in the PA.

“People there are deep in debt because they have taken on long-term commitments based on the understanding that their work at the plant would continue; but reality has slapped them in the face because of the pressure created by BDS movement. Today, they are running between the courts and the bailiff offices and is anyone taking any notice of them? Do you think the boycott movement cares about them at all?”

He also cited BDS for being anti-Semitic.

“There are many anti-Semitic elements that have hopped onto the BDS bandwagon. I wonder why those same people remain silent when Palestinians are slaughtered in the Yarmouk refugee camp in Syria. Of that I say: No Jews – no news. This is also the reason why the thing that bothers me the most is the fact that there are Jews among the BDS movement leadership.” “

“I know what pains the Palestinian man in the street and what really concerns him – and that’s his economic security and not boycotts. Palestinian leaders like Jibril Rajoub are trying to use the boycott weapon to climb the political ladder. I go to Nablus, Bethlehem and Ramallah and know that many Palestinians agree with me.”

Eid would rather BDS stopped entirely.

“I want to tell them that we have had our fill of wars here; and as long as the Palestinian people aren’t boycotting Israel, they don’t need to do so for us.”

He has become an outspoken critic of the Palestinian Authority. In an article appearing in the South African Jewish Report (March 9-16, 2012) he bluntly states, “There are no Palestinian leaders capable of conducting peace talks.”

Eid came under fire from Palestinian media when he returned from a speaking tour of South Africa in March, during Apartheid week. BDS has a strong following in South Africa and while he was there, protesters rioted at a shopping mall, targeting a store named after Sammy Marks, a famous South African Jewish financier. Eid spoke out, criticizing BDS, saying it does not serve the interests of the Palestinian people.