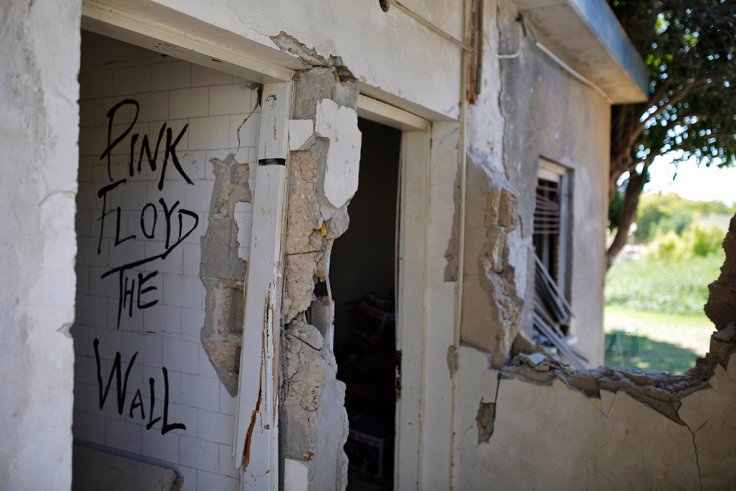 Wednesday 8 July marks one year since the beginning of the war in Gaza, which claimed 2,200 Palestinian and 73 Israeli lives. On two sides of the fence that separates Israelis from Palestinians, two local women, Janet Svirzenski and (in a related story) Mousheera Jammal, share their take on what happened and why.

I live in Kibbutz Nir Yizthak, four miles from the Gaza border, where I have been for 18 years and my husband for 26. When I first moved here, we used to have 25 Palestinians from Gaza working in the kibbutz as electricians or in the fields. We heard about their children and they knew ours.

When the rockets first started to be a problem it was manly Sderot, the closest city to Gaza to the north, where they landed. We would occasionally get them landing in the fields, but nothing serious. For the past 14 years, the situation has got worse and worse – and last summer’s war was the worst.

When the war broke out a year ago we had already had two weeks of rocket attacks. On 3 July 2014, we had 1,300 people here for a bar mitzvah for my son and seven other boys and girls from the kibbutz collective, and there was an alarm and the whole party was ruined. I have a 16-year-old daughter and a 14-year-old son and both eventually had to leave and go to summer camps in the north.

Soon after that we heard that Israel had called up the reserves and we knew that the army would be going in. It was hard for us because we could hear the rockets landing close to our homes but we could also hear the bombs dropping on Gaza. We knew there were people – mothers, daughters and sisters – living on the other side. Gazans that want to live in peace.

We have been in this land since 1967. We are not in Hebron or other settlements. This is Israeli land. They have their land. Everyone wants to live in peace but the politics does not let the civilians live their lives. Hamas started the war and then the people of Gaza had to deal with its consequences. That is not fair, but what can we do?

When we had the first war in Gaza, we would have to hide in the corridor when the rockets landed. Now we have shelters and safe rooms in our homes. We feel safer but actually the room is not that safe – four people living in a tiny room for a long period is not healthy. But we feel more comfortable.

But while we are protected from the rockets, the tunnels Hamas built to infiltrate Israel are a far bigger threat. Last summer in a neighbouring kibbutz, 10 terrorists emerged form a tunnel close to the village – that is our biggest fear. The safe rooms and alarms may not protect us from that. You never know what they are doing or what they will do next.

I saw the protests against the Gaza War in the UK and other countries last year but when I see them, I feel there is little understanding of the conflict. People do not understand that it is Hamas who is the enemy of the Palestinian people; Hamas that does not give Gazans the autonomy to live in peace.

It is taking the civilian population and putting it in front of bombs. It is not helping people to rebuild their homes, school and hospitals. We see the trucks passing from there to the Gaza Strip with construction materials and we don’t see it being used to rebuild. Hamas is rebuilding the tunnels. The money the world has given to Gaza is being spent on preparing for the next war.

Perhaps we didn’t have enough death here, and that is why the world doesn’t understand the need for the war. Perhaps if we didn’t have Iron Dome shooting missiles out of the sky and one landing in Tel Aviv and killing hundreds of people, maybe then people would see the danger we face. Perhaps then we would not be blamed for those killed in Gaza.

The scars of last year’s war are still very raw. Whenever people in the kibbutz hear a loud bang, they panic. Even when we hear the announcements in the supermarket we are sometimes shocked because they sound like the red alarm warning that used to warn a rocket attack was coming.

I spoke today to another mother from my son’s bar mitzvah group (her youngest girl was one of those also celebrating the ceremony) that experienced the trauma of the alarm during the party last year (an alarm sound at the end of the dinner and before the ceremony) and had to suspend the happiness of the celebration and, like all of us, put her guests in safe shelters.

I said: “Is it just me that feels that these days are still very hard. I remember everything that happened last year and I still feel very sad.” She replied: “I feel the same.”

We feel it is not normal. We live in fear. We don’t like to make plans this summer because we fear something will happen. Since the war, over 1,000 residents of the towns and villages that surround Gaza have been going to counselling. They are still in treatment.

We also feel for the people of Gaza. We wish we could go back to the 1980s when people from the kibbutz would go to the beach and markets in Gaza and the Gazan people were working here. That is what we want. We don’t blame the civilians, we hope they will hold our hands in peace one day.

Janet Svirzenski lives in a kibbutz close to the Gaza border. Read Mousheera Jammal’s story from inside Gaza during the 2014 war.