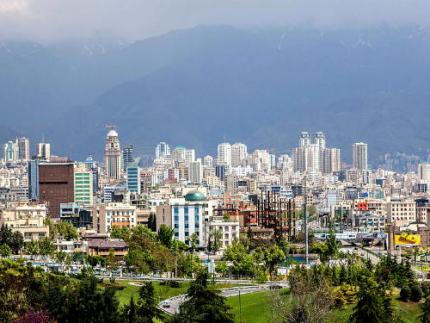 The Forward just published the very first dispatch from Iran in a Jewish newspaper that was tolerated by the Iranian government since the revolution in 1979.

The article by Larry Cohler-Esses is interesting and worth reading, but it’s also a bit on the naïve side. Reporting from police states on a journalist visa doesn’t always take nerves of steel (such countries are generally not dangerous places for foreign visitors if permission to work there has been granted), but it does require heavy doses of skepticism.

“Though I had to work with a government fixer and translator,” he writes, “I decided which people I wanted to interview and what I would ask them.”

Perhaps, but he has no way of knowing if the translations are accurate, and meanwhile I know for a fact that both the translator and the fixer reported on him to the government. They were required by law to do so. For all he and I know, they worked for the Ministry of Intelligence.

Regardless, reporters should never take what police state apparatchiks say at face value, but Cohler-Esses does so more than once.

During the course of my conversations with several senior ayatollahs and prominent political and government officials, it became clear that there is high-placed dissent to the official line against Israel. No one had anything warm to say about the Jewish state. But pressed as to whether it was Israel’s policies or its very existence to which they objected, several were adamant: It’s Israel’s policies. Others, notwithstanding their ideological objection to a Jewish state, made it clear they would accept a two-state solution to Israel’s conflict with the Palestinians if the Palestinians were to negotiate one and approve it in a referendum.

You really have to read between the lines on this stuff.

First of all, anyone and everyone in Iran who talks to an American journalist flanked by an official fixer and translator knows that every word they utter will be carefully read by the authorities. That’s as true for people inside the government as it is for people on the street. Authoritarian regimes install fear in everyone, including their own officials. Nobody wants to be purged. So who knows what they privately believe?

Second, political figures even in free countries lie to routinely lie to reporters and say what the intended audience wants to hear. And Iran’s official line right now to Western audiences is that the government is increasingly moderate, reasonable, and flexible. (That’s probably the only reason a reporter from The Forward was given a journalist visa in the first place.)

The United States doesn’t even have Death to Mexico rallies.

But let’s go ahead, for the sake of discussion, and take these relatively moderate statements at face value. Some members of the Iranian government still say they want to destroy Israel.

“We believe that the State of Israel must be changed, corrected and improved,” Ayatollah Ardebili told him, “and if that is not possible, and if the nature of the state does not allow for improvement, then the state must be destroyed.”

So maybe the government really is divided on this question. It’s impossible to say for sure. For all we know, the whole Death to Israel thing is just a big put-on to gain credibility in an Arab world that has been suspicious of Persians for thousands of years.

What I can say with some confidence, however, is that we shouldn’t trust a damn thing anyone in that government says to foreign journalists on the record. We can only trust what they say when they’re being secretly wiretapped, and those conversations rarely if ever get leaked to the press.

Cohler-Esses had some interesting conversations with ordinary Iranians, though. And it’s worth keeping in mind that the Middle East is a place where what’s not said is just as important as the things that are said.

None of the regular people he interviewed expressed the slightest interest in war against the United States or Israel, which should surprise nobody who has followed Iranian public opinion during the last decade or so.

Government dissemblers aside, people in that part of the world almost never conceal feelings of hostility toward Israel. Toward the United States, sometimes, but toward Israel, never. Most Egyptians will proudly tell you they hate Israel and why, but whenever I asked Iraqis what they thought about the Jewish state, most scratched their heads and wondered why I was asking irrelevant questions. Plenty of Lebanese hate Israel and don’t feel the slightest compunction about shouting it from the rooftops, though plenty of others have more…complicated feelings about the so-called Zionist Entity, and some are semi-secret supporters. Tunisians for the most part can’t stand Israel and will gladly tell you about it all day, though in less lurid terms than their Egyptian counterparts.

Hysterical anti-Israel talk has been largely absent on the streets of Iran for some time. The eliminationist warmongering comes almost exclusively from the government, the state-owned media, and the state-managed rallies.

Most Iranians want to live in a normal country that has normal relations with everyone else, but they have no way of making that happen. Publicly criticizing the government has been allowed for a while now, but actually doing something about it is punished severely.

He describes “a dynamic push-and-pull between a theocratic government and its often reluctant and resisting people,” but his own reporting contradicts that somewhat. He himself describes the brutal suppression of dissidents that we have all been grimly aware of since even before the stomped-on Green Revolution in 2009. And he spoke to a woman who was detained by the police simply for showing emotion at the tomb of Cyrus the Great. The guards thought she  “might be associated with some kind of political movement.”

What kind of political movement? Who knows? But the revolutionary regime that seized power in 1979 has been hostile to pre-Islamic Persian history since Day One. Revering the Cyrus the Great, then, might suggest to dogmatic paranoiacs that she’s a supporter of the overthrown monarchy—or any other conceivable movement in Iran that opposes the government.

And he makes it clear that Jewish life in Iran is sub-awesome.

The Iranian Jewish community, whose members are today free to stay in the country or emigrate, currently numbers anywhere from 9,000 to 20,000, depending on whom you talk to, and down from 80,000 to 100,000 before the revolution. These Jews — along with Christians and Zoroastrians — are tolerated and protected under Iranian law, but subject to a number of discriminatory laws and practices that limit their opportunities for work in senior government posts and in other ways. But they do not limit their opportunities in business.

The Jews, who felt free to complain to me openly about these areas of discrimination, as they do to the government, are basically well-protected second-class citizens.

He mentions that Ayatollah Khamenei’s power trumps that of the elected government, which is true as far as it goes, but he neglects to mention that the government is not really elected. Khamenei hand-picks everyone who gets to run for president.

How democratic would the United States be if Dick Cheney or Barack Obama were president for life and got to hand-pick everyone who ran for office beneath him?

In Iran today, freedom of the press remains a dream. But freedom of tongue has been set loose. I was repeatedly struck by the willingness of Iranians to offer sharp, even withering criticisms of their government on the record, sometimes even happy to be filmed doing so.

That’s also believable and has been happening for some time now. Egypt in the final days of Hosni Mubarak was the same kind of place. So is Cuba today under Raul Castro. I didn’t hear a single Cuban complain about Castro or Che Guevara by name when I visited two years ago, but I heard criticism of “the government” in the abstract from every single person I spoke to on the island.

Not every police state is like North Korea or Iraq under Saddam Hussein.

Most of the Iranians he interviewed seem happy about the nuclear deal with the United States because they want sanctions relief, but they’re also skeptical that it will do them much good.

Asked about prospects for the international nuclear agreement, which is coming under angry fire in Iran no less than in the United States, Qaderi told me: “I think it will be implemented. But there will be no improvement for the Iranian people. Our main concern now is freedom!

In Shiraz, in south-central Iran, Hassan Sha’aeri, a locksmith who appeared to be in his 60s with a shop on Zand Street, the town’s main thoroughfare, told me: “Generally speaking, people are in favor of the agreement. But I personally don’t think it will make any special change in the lives of people. The power holders will not allow it to benefit the people.”

So Cohler-Esses’ naiveté is balanced out to an extent with this sort of reporting. It’s also countered by an accurate analysis of who’s really in charge.

He ably dissects what he calls the Deep State—Khamenei and the instruments of power he controls directly, such as the Revolutionary Guard Corps. It’s the Deep State that executes dissidents, throws demonstrators into prison, and backs Iranian terrorist proxies in Lebanon, Syria, Gaza, and Iraq. And the Iranian people, try as they might, have no leverage to stop it, not even when they “elect” a relative moderate.

Let’s hope he doesn’t want to go back there any time soon. The regime might view him and his newspaper as useful, but his work is critical enough—he stresses that freedom of the press is non-existent and that Iran executes more people per capita than almost anywhere else in the world—that the government will probably never let him back in.