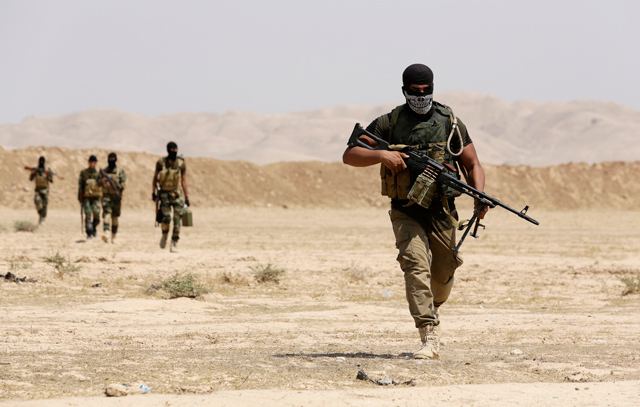 The Islamic Republic of Iran operates a global network of terrorism, as far away from Iran as South America and the U.S.

It has carried out attacks worldwide on American and Jewish targets. The current defense minister orchestrated the 1983 bombing of the U.S. Marine barracks in Lebanon which killed 241 American troops.

Iran’s Lebanese proxy Hezbollah was also behind the 2012 Burgas bus bombing in Bulgaria which killed five Israelis and a Bulgarian bus driver, according to an inquiry led by the Bulgarian government.

In May 2013, a 500-page report by an Argentine state prosecutor named Alberto Nisman said Iran has an “intelligence and terrorist network” in Argentina, Brazil, Paraguay, Uruguay, Chile, Colombia, Guyana, Trinidad, Tobago and Suriname and elsewhere.

He had been investigating a terrorist bombing of a Jewish community center in 1984 that killed 84 people. Iran and Hezbollah are believed to be behind the attack.

Nisman was found shot in the head in his apartment in January 2015, hours before he was due to present evidence that the President of Argentina was complicit in covering up Iran’s involvement in the attack.

So far police have been unable to determine if his death was murder or suicide. Many suspect that it was an organized assassination.

Iran has been on the State Department’s list of State Sponsors of Terrorism since 1984 and has consistently ranked as the largest state sponsor of terrorism in the world.

It supports a plethora of groups of different ideologies and sizes, trying to position itself as a pan-Islamic regional power. Iran has varied support for different groups over the years, depending on which best align with their strategic interests.

·         Al-Qaeda (International: Salafist–Wahhabi) – Since the early 1990s Iran has allowed members to operate freely in Iran and traffick fighters and materials through Iranian territory.

·         Hezbollah (Lebanon: Shiite-Khomeinist) – founded by the Iranian Revolutionary Guards Corps and used as a proxy force against Israel and more recently, to shore up the ailing Assad regime in Syria.

·         Hamas (Gaza: Muslim Brotherhood) – Iran sends tens of millions of dollars as well as missiles and other armaments as part of its proxy-war against Israel.

·         The Popular Front for the Liberation of Palestine (PFLP) (West Bank: Secular-Left-wing) – Provided financial and logistical support as part of an effort to strengthen all “Palestinian resistance groups” opposed to Israel.

·         Palestinian Islamic Jihad (Gaza: Muslim Brotherhood splinter group) – Funded and trained the group since its foundation in 1981, but recently cut them off as the group failed to condemn the Arab League’s invasion of Yemen, where Iran is backing the Shiite Houthi rebels.

Iran also funds networks of Shiite militias in Iraq. Initially created to fight against the Americans during the Iraqi insurgency, some of the more powerful groups include Jaish al-Mahdi (Army of the Messiah or Mahdi Army) and its splinter group Asaib Ahl al-Haq (The League of the Righteous), Khitaeb Hezbollah and the Badr Organization.

They carried out attacks against the American forces in Iraq and now fight the Islamic State. They have also massacred Sunni civilians and have been accused of war crimes by rights groups.

The IRGC is currently on the Treasury Department’s list of Specially Designated Nationals involved in terrorism. It was added in 2007.

Its support of global terrorism is part of the Islamic Republic’s commitment to jihad, which is enshrined in the constitution. The preamble includes a commitment to “the establishment of a universal holy government and the downfall of all others.”

Unless this commitment changes neither will Iranian support of terror.