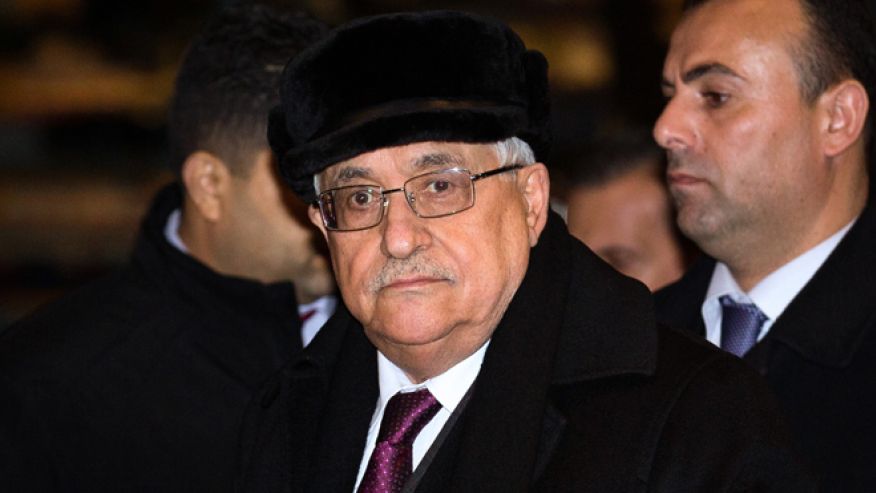 The age and flagging popularity of Mahmoud Abbas have spurred speculation the Palestinian Authority president is preparing to step down, and the short list of likely successors is topped by a convicted terrorist serving life in an Israeli prison.

Abbas, who is 80 and reportedly in failing health, has led the West Bank government for the entire decade since the death of Yasser Arafat. But growing and open discontent with Abbas has been accompanied by an Egyptian TV report that he told that nation’s president he intends to step down in the coming months.

“He doesn’t have a protege, he hasn’t facilitated a system in which people feel they can rise to the top,” Grant Rumley, an expert on Palestinian affairs at the Washington-based Foundation for Defense of Democracies, told The Jerusalem Post.

Abbas was originally elected to serve a four-year term, but no elections have been held since he took power and he rules by decree. His tenure has been marked by accusations of cronyism and corruption, and in recent months there has been open criticism of the wealthy lifestyle led by members of his family, presumably on the dime of international donors who prop up the Palestinian state.

In theory, the PA represents Palestinians in both Gaza and the West Bank, but the two territories are effectively governed separately. An exit by Abbas could theoretically clear the way for a successor sympathetic to Hamas, which runs Gaza, to take control of both territories.

Here is a list of five potential leading candidates:

1) Undoubtedly the most popular choice to succeed Abbas is Marwan Barghouti, 56, a member of the Fatah Party’s Central Committee, who regularly polls as high as 80 percent in Palestinian popularity ratings.

The only problem is that Barghouti is currently in an Israeli jail serving five life sentences for orchestrating terrorist atrocities during the early 2000s. Despite his incarceration, he continues to be an influential figure calling for armed resistance to Israel’s “occupation” — finding favor with the masses. His supporters refer to Barghouti as “the Palestinian Mandela.” If he was elected to head the Palestinian Authority such a scenario would prove a major headache for the Israeli government and the international community.

“[Barghouti]… has remained politically active, issuing several communiqués critical of PA and PLO policies,” Dalia Hatuqa of Foreign Policy wrote earlier this year. “Barghouti still enjoys broad support on the Palestinian street despite — if not because of — his stance on Fatah and his time in prison.”

2) Mohammad Dahlan, 53, formerly a close confidante of Arafat, was the Fatah party’s main man in Gaza – allegedly overseeing the torture of opponents – until the Hamas coup of 2006 drove him out. But after helping steer aid to needy Gazans following last year’s war with Israel as well as negotiating the re-opening of a key Gaza-Egypt checkpoint, Dahlan is now more popular there than in the West Bank. He currently holds Serbian citizenship and lives in Abu Dhabi after being forced out of the West Bank by Abbas.

Dahlan is believed to seek the ouster of both Hamas in Gaza and Abbas in the West Bank, an ambitious goal that, if achieved, could unite the two enclaves under one government again.

3) Saeb Erekat, 60, is one of the most familiar spokesmen for the Palestinian Authority and has been at the forefront of the Palestinian media offensive over the last two decades. A chief negotiator of the drafts of the failed Oslo Accords, he remains a key Palestinian figure on the international scene.

Last month, Abbas named Erekat as the new secretary general of the PLO, a move widely interpreted as a vote of confidence in him as a likely successor.

“Abbas’ decision to appoint Erekat to the top job is seen by some Palestinians as a significant promotion for the chief negotiator,” suggested Khaled Abu Toameh in the Jerusalem Post (July 4), a veteran observer of Palestinian affairs. “They see it as an indication of Abbas’s full confidence in Erekat and that he considers him fit to serve as the next PA president.”

4) Former Palestinian Prime Minister Salam Fayyad is viewed favorably by many on the international political scene and seen as a reformer and anti-corruption champion within the Palestinian Authority. He fell out with Mahmoud Abbas in 2013 and was replaced as PM. One expert says the flaw in his resume is his emphasis on helping his people, instead of warring with Israel.

“A Palestinian who carries out an attack on Israel has more credentials among his people than one who studied at Harvard or Oxford universities,” Toameh noted in a recent article for the Gatestone Institute. “It took Salam Fayyad too long to realize that no matter how many good things he does for his people, in the end he will be judged on the basis of his contribution to the fight against Israel, and not how much humanitarian and financial aid he provides.”

5) Ismael Haniyeh, 52, a key Hamas figure and until last year prime minister in Gaza, is lauded by many in both Gaza and the West Bank for taking the fight to Israel even though his oversight of rocket attacks and terror tunnels has hardly improved the fortunes of the Palestinians living there.

Without a clear plan for succession, the departure of Abbas is likely to lead to instability, according to Ghaith al-Omari and Neri Zilber of the Washington Institute for Near East Policy. The approach may have kept potential rivals at bay and helped cement Abbas’ grip on power, but may not serve the West Bank’s estimated 2.8 million residents well.

“As a national strategy, it could be ruinous for Palestinians as a whole,” they wrote in a recent paper. “The Palestinian Authority cannot afford a leadership crisis if Abbas were to leave office; it already finds itself divided between Gaza and the West Bank, hamstrung by a moribund peace process, and facing growing discontent in the streets and refugee camps.”