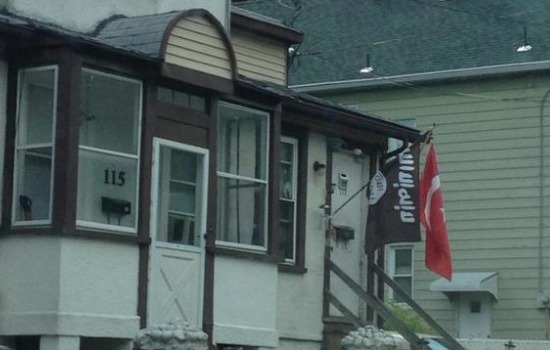 WASHINGTON (Reuters) – FBI counterterrorism agents followed dozens of potential militants around the United States full time over the summer and disrupted activities pursued by many of them, FBI Director James Comey told a congressional committee on Thursday.

Nick Rasmussen, director of the National Counterterrorism Center, also speaking to the panel, estimated that about 250 Americans had travelled to fight or train in parts of Iraq and Syria where Islamic State militants have declared a caliphate.

But he noted this was relatively small given the total of about 5,000 westerners who U.S. and allied governments believed have joined the fight in the last three years.

Rasmussen said the United States and its allies estimate that as many as 28,000 foreigners have gone to the region since 2012. A large majority of them came from countries in the region.

He acknowledged that intelligence about the conflict zone was inadequate and said U.S. and allied intelligence officials were not satisfied they had control over the flow of foreign fighters.

European security sources say around 700 British citizens or residents have travelled to Syria. Of those, around 350 have returned to Britain, and 60 or more have been killed.

Security sources say that to follow someone without being detected government agencies needed crews of up to 36 watchers for a 24-hour shift. This stretches resources even in European countries with strong counter-terrorism agencies.

Comey said the age of Islamic State recruits from the United States was becoming younger, and more women under 18 were seeking to join the group.

He said Islamic State militants had become expert at attracting potential recruits through social media pitches, and had mastered how to coax promising recruits into using private communications channels.

“When they find a live one, they will move them off Twitter, and move them to an end-to-end encrypted messaging app,” Comey said. He said without a court order, the FBI could not read such encrypted message traffic.

Rasmussen said Islamic State had overtaken al Qaeda as leader of the global violent extremist movement and had access to a large pool of potential recruits in the West.

He said al Qaeda’s Yemen-based affiliate was still seen as a big threat due to its interest in attacking the United States and planes.

(Reporting by Mark Hosenball; Writing by Will Dunham; Editing by David Gregorio and Lisa Shumaker)

Eli Kay’s father: This is my son’s message to the world

Center for Near East Policy Research
253 POSTS0 COMMENTS
© A WEBstationONE.com production, partially funded by the Internet Development Fund and the IDF Link technology. © 2003-2020 All rights reserved. Articles and Special Reports on IsraelBehindTheNews.com are copyrighted. Every reader is welcome to reprint any and all articles, and with citation.
MORE STORIES

Center for Near East Policy Research - December 1, 2021
The United Nations Relief and Works Agency (UNRWA) educates an estimated 540,000 students across 700 schools in the Gaza Strip, Syria, Lebanon and Jordan. Far...