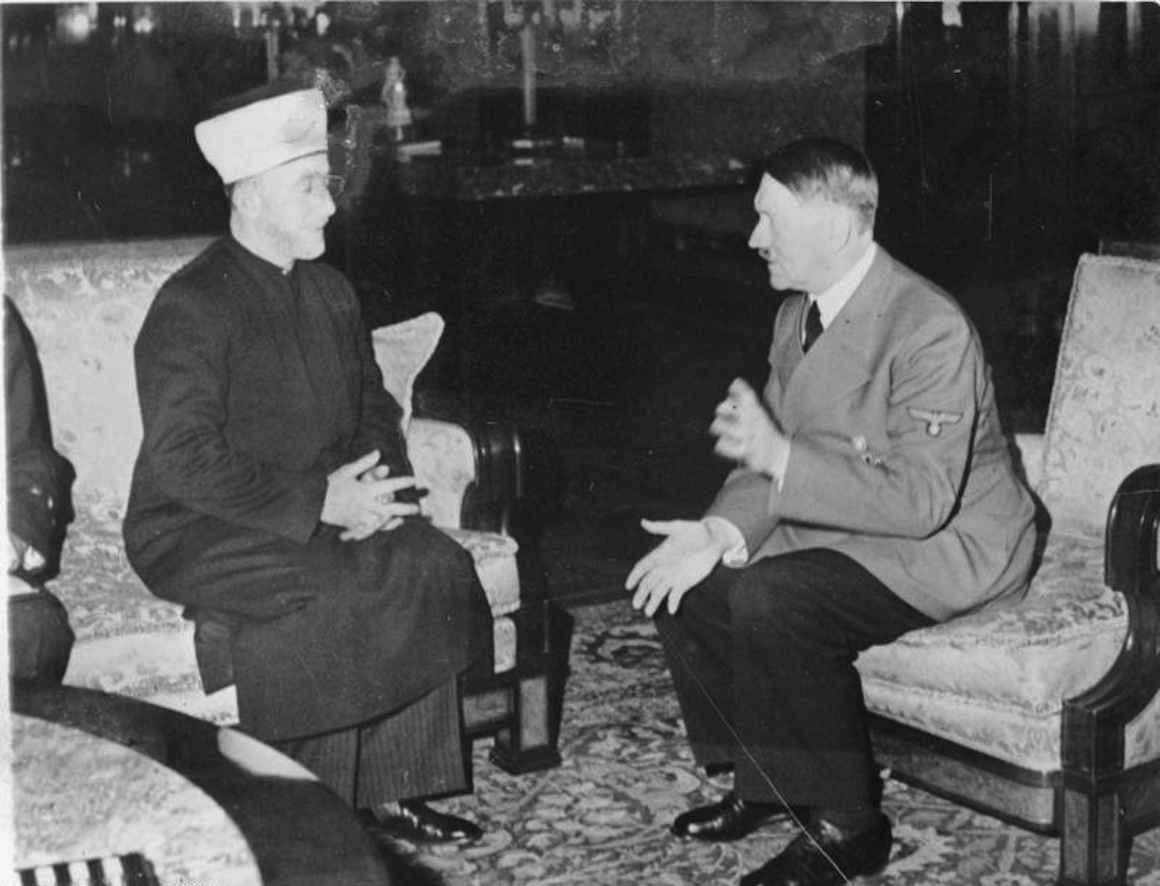 [Following the surprise that greeted the statement of the Prime Minister of Israel that the Mufti of Jerusalem inspired Hitler to initiate the “final solution” to murder the Jews of Europe, the time has come to clear the air and state the facts as we know them. The following article is excerpted from a paper that I delivered at an Israel Knesset Forum on Holocaust Remembrance Day, 2012]

The titular leader of the Palestinian Arab community in the previous generation: Haj Amin Al Husseini, the Mufti of Jerusalem, forged a pact with Adolf Hitler on November 28, 1941, one week before the Wannasee conference, originally scheduled for December 7, 1941, yet was postponed by one month, due to the attack on Pearl Harbor on that very day.

The protocols of the Hitler -Mufti pact were presented as evidence against the Mufti in the Nuremberg war crimes trials, explicitly state that Hitler would exterminate the Jews in Europe, while the Mufti would enlist Nazi aid to exterminate Jews in Palestine, so as to establish a “JudenRein” state of Palestine.

To that end, the Mufti ensconced himself in Hitler’s bunker, from where he recruited an Islamic unit of the Waffen SS, which actively engaged in the mass murder of Jews, while issuing Arabic language appeals on Nazi radio which incited Moslems to join the Nazi cause and to prepare for mass murder of Jews in Palestine.

The Protocols of the Nuremberg conviction of the Mufti were published in the 1946 book, MUFTI OF JERUSALEM, authored by Journalist Maurice Pearlman, who was appointed in 1948 as the first director of the Israel Government Press Office.

Pearlman cited affidavits of senior SS prosecution witnesses who testified that the Mufti, working directly under Eichmann and Himmler, identified the Mufti’s instrumental role in making sure that millions of Jews were murdered, and not ransomed.

No one denies the Mufti’s Arabic language radio broadcasts, his recruitment of the Islamic SS unit, and his active involvement in SS round ups of Jews in Yugosolvia.

And there is no doubt that Mufti was aware of the Final Solution, fully supported it, and sought to extend it to the Arab world

The affidavit of one of Eichmann’s subordinates, SS Hampsturmfuerer Dieter Wisliceny, who appeared as a witness for the Nuremberg prosecution, speaks for itself:

The Mufti was one of the initiators of the systematic extermination of European Jewry for the Germans and had been the permanent collaborator and advisor of Eichmann and Himmler in the execution of the plan…According to my opinion, the Grand Mufti, who had been in Berlin since 1941, played a role in the decision of the German government to exterminate the European Jews, the importance of which must not be disregarded, He had repeatedly suggested to the various authorities with who had been in contact, above all before Hitler, Ribbentrop and Himmler, the extermination of European Jewry. He considered this as a comfortable solution of the Palestinian problem. In his messages broadcast from Berlin, he surpassed us in anti-Jewish attacks. He was one of Eichmann’s best friends and had constantly incited him to accelerate the extermination measures…

In 1961, when Eichmann was brought to justice in Jerusalem, Israel’s then foreign minister,, Golda Meir, called for the Mossad to apprehend the Mufti and to sit him alongside Eichmann on trial in Jerusalem

Maurice Pearlman traces the Mufti’s escape to Cairo, where Pearlman reported how the Mufti influenced the newly formed Arab League to spawn the charter of the Arab League, with an explicit statement that its purpose was to wipe out any Zionist entity that would soon come about.

Indeed, the Mufti inspired charter of the Arab League would soon form the basis of the Arab league declaration of war to destroy the nascent state of Israel in 1948.

The refusal of the UK to arrest the Mufti in Cairo, described by Pearlman, caused the head of the Zionist revisionists in the United States at the time, Ben Zion Netanyahu, father of Israel’s current Prime Minister, to launch an unsuccessful campaign to push the US to demand the arrest of the Mufti in Cairo.

A little known fact concerns the Mufti’s special relationship with a young relative in Cairo, who to the Mufti would affectionately give the name “Yassir Arafat”. In December 1996, Haaretz interviewed Yassir Arafat’s younger brother and sister, who said that the Mufti performed the role of a surrogate father figure and mentor to the young Arafat.

The failure of the Arab League, in 1948, to mobilize the Arabs of Palestine into an active war against the newly formed Jewish state led the Mufti to urge the Arab League, in 1964, to launch the PLO, the Palestine Liberation Organization, whose stated covenant of purpose was almost identical in language to the charter of the Arab League: to exterminate new state of Israel. Yet the focus of the PLO was to organize Arabs who remained in Israel along with the Arab refugees who languished in UNRWA refugee camps to organize an effective grass roots effort to liberate Palestine, all of Palestine, from Jewish rule.

On January 4, 2013, Mahmoud Abbas, spoke glowingly of the legacy of the Godfather of the PLO, the Mufti of Jerusalem, via video link on a wide screen to the masses in Gaza, who gathered to celebrate the founding of Fatah (Arabic word for “conquest”), otherwise known as the Palestine Liberation Organization.

Abbas praised the Mufti as a man whose ways should be emulated by all Palestinian Arabs. “We must remember the pioneers, the Grand Mufti of Palestine, Hajj Muhammad Amin Al-Husseini, as well as Ahmad Al-Shukeiri, the founder of the PLO,” Abbas said, according to a translation of the speech made by the Middle East Media Research Institute (MEMRI).