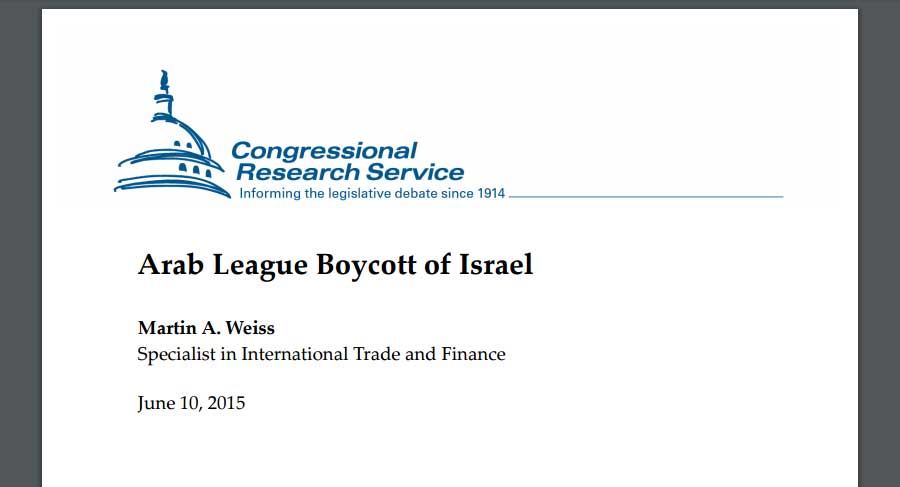 The Arab League, an umbrella organization comprising 22 Middle Eastern and African countries and entities, has maintained an official boycott of Israeli companies and Israeli-made goods since the founding of Israel in 1948. The boycott is administered by the Damascus-based Central Boycott Office, a specialized bureau of the Arab League.

The boycott has three tiers. The primary boycott prohibits citizens of an Arab League member from buying from, selling to, or entering into a business contract with either the Israeli government or an Israeli citizen. The secondary boycott extends the primary boycott to any entity world-wide that does business in Israel. A blacklist of global firms that engage in business with Israel is maintained by the Central Boycott Office, and disseminated to Arab League members.

The tertiary boycott prohibits an Arab League member and its nationals from doing business with a company that deals with companies that have been blacklisted by the Arab League.

Since the boycott is sporadically applied and ambiguously enforced, its impact, measured by capital or revenue denied to Israel by companies adhering to the boycott, is difficult to measure.

The effect of the primary boycott appears limited since intra-regional trade and investment are small. Enforcement of the secondary and tertiary boycotts has decreased over time, reducing their effect. Thus, it appears that since intra-regional trade is small, and that the secondary and tertiary boycotts are not aggressively enforced, the boycott may not currently have an extensive effect on the Israeli economy.

Despite the lack of economic impact on either Israeli or Arab economies, the boycott remains of strong symbolic importance to all parties. The U.S. government has often been at the forefront of international efforts to end the boycott and its enforcement. Despite U.S. efforts, however, many Arab League countries continue to support the boycott’s enforcement. U.S. legislative action related to the boycott dates from 1959 and includes multiple statutory provisions expressing U.S. opposition to the boycott, usually in foreign assistance legislation. In 1977, Congress passed laws making it illegal for U.S. companies to cooperate with the boycott and authorizing the imposition of civil and criminal penalties against U.S. violators. U.S. companies are required to report to the Department of Commerce any requests to comply with the Arab League Boycott.