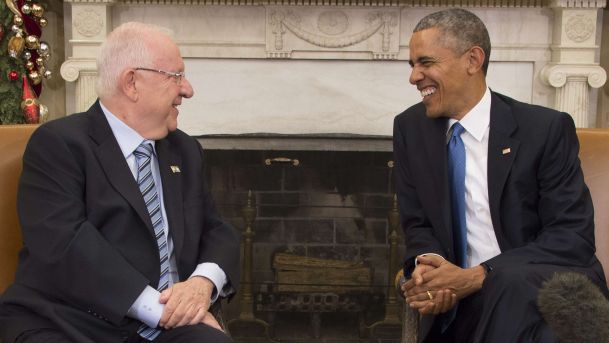 Very often events occur which verge on or cross over into the unbelievable or the realm of apparent fiction.

I discovered many years ago that when it comes to Israel however, no matter the apparent absurdity, anything goes. This past and current few days provide yet more examples that facts are stranger than fiction and that the cast of supporting actors is inexhaustible. Amazingly, there seems to be no end to this phenomenon.

The ISIS terror wave seems to have successfully diverted the international community’s attention away from Iran’s determined march to nuclear weapons. Following the false euphoria which erupted after the conclusion of a worthless so-called agreement between the US led coalition of appeasers and the mullahs of Tehran, media interest waned and the subject fell into an abyss of apathy. The only country which continues to keep a wary eye on developments is of course Israel because it knows that cheating by Iran has never stopped. Claiming a glorious diplomatic victory, the Obama/Kerry dream team has moved on to other challenges and potential disasters while derisively dismissing anyone else who is blowing the whistle on Iran.

Well, lo and behold, not so long ago the US State Department admitted that the Iranian nuclear deal is not actually legally binding because no Iranian official ever signed it. At least the Munich agreement was signed by both sides, not that it was worth the paper it was printed on. As if to emphasize the worthlessness of the Iranian non deal, a spokesperson in Tehran has stated that there will be no final implementation unless a probe into allegations of past weapons’ research is closed. This has been followed by more concrete manifestations of malevolent intentions. Forbidden by the so-called “deal” to develop and test missiles which can deliver nuclear warheads, the Iranians went ahead and did just that.

Israel has been assured by the folks in Washington that they can predict and forestall any violations. So what happened here? Obama made tutting noises and threatened to (gasp) run to the UN Security Council. One can hear the incredulous laughter from Tehran at this bold and decisive action. As if to underline the farcical situation, sanctions against Iran are due to be lifted this month. Does anyone in a sane moment believe that this will not occur? The White House has already intimated that there is no impediment to it happening. On cue, the IAEA has with the unanimous support of all concerned suspended any further investigations into Iran’s past cheating. Apparently, Obama and his merry band still do not want to understand that the world will be destroyed by Iranian sponsored nuclear terror well before climate change causes destructive mayhem. Like all whistle blowers, Israel is condemned for stating uncomfortable truths. Far better to ignore reality and instead whoop it up in Paris which itself is in the cross hairs of jihadist terror.

Meanwhile other manifestations of “peace and goodwill” have been breaking out all over.

The head of the Arab joint list party in the Knesset, Ayman Odeh, visited the USA in order to bring enlightenment to the masses. Bear in mind that this individual has been elected to the Knesset which is the legislative body of the democratic Jewish State. While in the USA he was invited to meet with the Conference of Presidents of American Jewish Organisations which one would imagine was a perfect opportunity to articulate his ardent desire for peaceful co-existence between Israelis of all ethnic origins. At the last moment he refused to front up because the building in which the meeting was scheduled to take place was also the offices of the Jewish Agency. Accusing that body of being responsible for displacing Arabs (by encouraging Aliyah) he then repeated the same old trusty untruths which have characterized Arab rejection of Jewish rights since the 1920’s. Rather than condemning terror by his compatriots he instead preferred to blame Israel for the usual litany of sins. Presumably he has no problem with banking his salary which the evil Zionist State gives him.

Although expressing disappointment at Odeh’s refusal to set foot in a Zionist tainted building, the head of the American Reform Movement nevertheless did meet him. Some things never change.

Meanwhile a conference opened in New York, hosted by Ha’aretz, Israel’s extreme left and lowest circulation daily newspaper, ably supported by the New Israel Fund (NIF). Sponsored by Israeli and foreign funded NGO’s this forum provided a perfect platform for self abasing Diaspora Jews and breast beating Israelis alike to attack, condemn and generally display their antipathy towards any attempt at effectively fighting terror and those who perpetrate it. Predictably this was also a perfect opportunity for the White House and State Department to once again let their spokespeople sound off with predictions of disaster and doom as a result of our refusal to dance to their suicidal tunes. Given this toxic brew of self-hatred and frustrated fuming it was very puzzling that President Rivlin’s advisers did not recommend that he forgo the opportunity to address this gathering. Nevertheless address them he did and what followed was a perfect example of the real agenda.

Every seminar, conference or forum I have attended displays the Israeli flag and often the flag of a host country. This being a forum hosted by an Israeli newspaper in the USA one would have expected the Israeli flag and Stars & Stripes to be on stage. However this was not the case. You have to remember that for a large number of delegates there, the USA represents an evil colonial sponsor of the “born in sin” Zionist State. Nevertheless Mr. Rivlin demanded that the Israeli flag be on stage when he spoke, a reasonable request given that he represents the State. When it came the turn of Saeb Erekat to speak, this much touted representative of the ostensible peace-loving and tolerant Palestinian Authority, demanded that the Israeli flag be removed. Instead of refusing to comply, the organizers hastily obliged. Thus, once again a blatant example of hypocrisy supported by denigrators of Israel was fully exposed.

As though this was not bad enough, Mr. Rivlin was also ambushed by the American President. Invited to a Menorah lighting PR spectacle at the White House, this was an invitation most probably which could not be avoided. What transpired highlighted the real agenda of the current Administration. Following uninspiring remarks by Obama and over politically correct responses by Rivlin, the invited “star” of the show, Rabbi Susan Talve, a very left wing Reform representative, commenced an incredible performance. This member of the anti Israel, BDS supporting and Palestinian Arab apologist group, T’ruah, launched into a tirade of causes such as gun control, nuclear toxic waste and naturally the cruel plight of the Palestinian Arabs who were suffering so much at the hands of the horrible Israelis. She ensured that her listeners would get the message by shouting Inshallah several times. I do not know how Rivlin managed to keep quiet in the face of this well orchestrated mantra of leftist lunacy which had nothing at all to do with Chanukah and everything to do with some other lemming like obsession.

To round off a week in which idiocy knows no bounds, Ban (the UN man) pontificated at a conference in Jakarta devoted to the “rights of the Palestinian people & the situation in Jerusalem.” He stated “the daily attempts to attack Israelis are the result of fear, humiliation, frustration and mistrust fed by the wounds of decades of bloody conflict.” He and other UN spokespersons then proceeded to condemn Israel for reacting so forcefully to these manifestations of frustration. Someone should ask them if the terror being carried out by ISIS and affiliated Islamic groups is also the result of the same causes. Of course there will be no reply to this or to the fact that such terror attacks against Jews have been ongoing since the 1920’s when there was no so-called occupation or other mystical Jewish humiliations.

This link by courtesy of the Jerusalem Center for Public Affairs explodes the fallacy of Ban’s accusations:

Instead of a Menorah lighting farce at the White House I would have rather seen a ceremony opposite UN headquarters where the Israeli President could have exposed in non diplomatic language the absurd depths of hypocrisy to which the international community has sunk. That would have called for a dose of political honesty which unfortunately is in scarce supply these days.

I conclude with a quote by Paul Getty which is very applicable to those whose failures continue to haunt us on a daily basis.

A person may fail many times but they aren’t a failure until they begin to blame somebody else!!