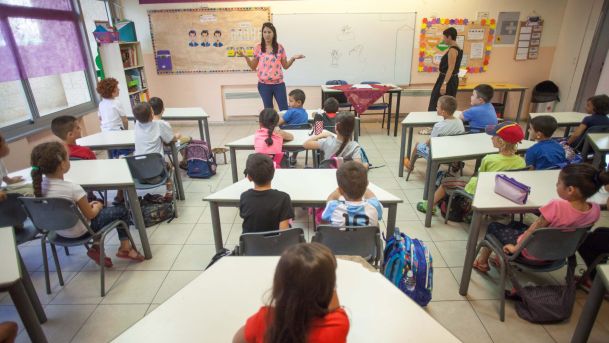 Israel’s Ministry of Education decided, for sound reasons not to include in its syllabus a novel that glorifies a situation where an Arab man falls in love with a Jewish girl.

An Arab Moslem man, whose tradition allows him to have four wives, often pursue Israeli Jewish girls in Israel to become one of those “kept women”.

All of us who studied social work in Israel learned the eminent text entitled THE MARK OF CAIN, by criminologist Shlomo Shoham, which sensitized a generation of Israeli social work professionals to learn how a generation of Jewish girls from poverty stricken transit camps for immigrants in the 1950’s and 1960’s were offered to work for Arab Moslem men in their villages, and how many Jewish girls became entrapped for life in Arab villages, where they are second class citizens in the Arab world and disgraced in the eyes of their Jewish families.

While these children of a Jewish mother were still Jewish, they are raised as Moslems.

As a result, as many as 50,000 Jewish children grew up in Israeli Moslem Arab homes.

Today, Jewish girls venture out in Israeli cities where there is a contiguous Moslem population  – in Jerusalem, Lod, Ramle, Jaffa, Nazareth Elite and Haifa – it is hard to resist the charm of middle class Arab me who poses an attraction that a Jewish girl may have difficulty fending off.

Seeing is believing. My office is located in downtown Jerusalem, where young people hang out.  Working late nights, it is easy to see how the new light rail in Jerusalem has brought an influx of young Arab fellows from Arab neighborhoods of Beit Hanina and Shuafat who hang out with Jewish teenage girls and develop relationships that may have unforeseen consequences in the not so distant future.

By not encouraging the use of a book which encourages Arab- Jewish romance , the Israel Ministry of Education conveys the idea that a “word to the wise is sufficient”.