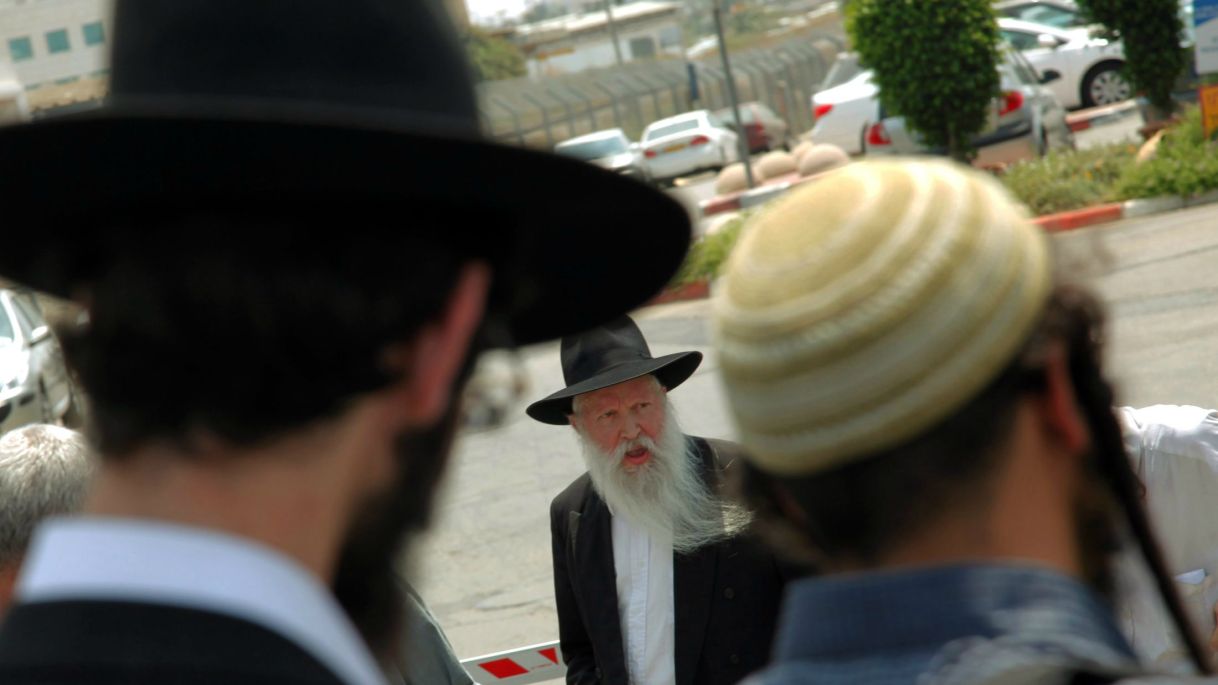 Ever since an arson attack apparently perpetrated by Jewish extremists killed three members of a Palestinian family last July, the left has used it to launch a sweeping assault on religious Zionists in general and religious settlers in particular. The perpetrators weren’t mere “wild weeds,” leftists asserted, but a product of systematic racism and incitement in the religious community. And as long as the perpetrators remained unknown, this claim was hard to refute: Without knowing who they were, it was impossible to know their motives. But with the suspects having finally been indicted this week, it’s now clear this assertion is bunk. Nor is that my verdict alone: It’s the verdict of none other than the reporter covering the case for the far-left daily Haaretz – a paper that can’t be accused of any sympathy for either settlers or the religious community.

Last week, when reporters already knew who the suspects were but the rest of us were still in the dark due to a gag order, Haaretz ran a front-page analysis by settlement reporter Chaim Levinson titled “Jewish Terror Doesn’t Happen Because of Radical Rabbis, but in Spite of Them.” It’s worth reading in full, but here’s the gist:

Today’s Jewish terror doesn’t happen because of the rabbis. It is a protest against the rabbis, staged by young Jewish extremists … They regard the rabbis as too moderate and willing to compromise. They consider rabbis Dov Lior and Yitzchak Ginsburgh – whose names are whispered in the television studios as the arch-terrorists of our generation – as moderates because they don’t back violence.

The problem with the Jewish extremists of today is not the places they study, but the fact that they don’t study. If they were students in Lior’s much-maligned Nir Yeshiva in Kiryat Arba instead of wandering the hilltops of the West Bank, probably they wouldn’t have gone out and set fire to a family home in the dark of night.

The proof is crystal clear: None of Lior’s students are involved in the current terror activities. If he were to teach this, his students would probably follow his teachings. But that is not his way…

Yosef Haim Ben-David, who burned Mohammed Abu Khdeir to death in July 2014, did not grow up in the religious Zionist movement. Nor did the minor who stabbed several Palestinians in Dimona last October. Neither did Shlomo Pinto, who mistakenly stabbed a Jewish man in Kiryat Ata that same month.

Ginsburgh and Lior’s students, who imbibe their racism with gusto, may share their worldview but understand that burning and killing Arabs is not the way.

This week, after the gag order was finally lifted, Levinson published a profile of the main suspect, Amiram Ben-Uliel. And the profile proves his point. Ben-Uliel actually is the son of a mainstream religious Zionist rabbi and grew up in a settlement. But he dropped out of school as a teenager, left his family’s home, and largely severed contact with them. In fact, he largely severed contact with the entire mainstream religious community, as evidenced by what I personally consider the profile’s most telling detail: When he married a fellow extremist two years ago, the only guests at the wedding were the couple’s parents.

That might not sound shocking to American ears, since private weddings aren’t unheard of in America. But Orthodox Jewish weddings are massive community affairs. Guest lists typically number in the hundreds, and it’s considered a mitzvah to attend and help the bride and groom rejoice. Nor does community involvement end there: A traditional Orthodox wedding is followed by seven nights of parties, the sheva brachot, at which the newlyweds are the guests of honor. Each is typically hosted by a different relative or friend, and each must include at least one guest who didn’t attend the wedding or any of the earlier parties.

In short, in Jewish tradition, weddings aren’t private affairs; they are communal events deliberately designed to welcome the young couple into the community. Thus, by having a private wedding, Ben-Uliel and his bride were explicitly and pointedly turning their backs on their community and its religious traditions.

Other alleged members of this hardcore radical group have similar profiles. Mordechai Meyer, for instance, also grew up in a mainstream religious home in a mainstream settlement. But like Ben-Uliel, he dropped out of school and abandoned his family home as a teenager.

Indeed, these radicals are the antithesis of mainstream religious Zionists and settlers, who view the Israeli state as “the beginning of the flowering of our redemption” (to quote the prayer for the state), and therefore as something to be cherished. The radicals, in contrast, view the Israeli state as “The Kingdom of Evil” – the title of a tract written by one, Moshe Orbach, which details their methodology: using terror to sow such chaos and create such deep internal rifts that it will eventually destroy the state, clearing the way for them to build a religious kingdom in its stead. It’s the methodology embraced by every terrorist organization in history. But it has nothing to do with either the tactics or the goals of mainstream religious Zionism.

In fact, “inciting rabbis” have never had anything to do with Jewish terror. As Levinson correctly noted, this “is a cliché that took root in the 1990s after the assassination of then-Prime Minister Yitzhak Rabin.” What he didn’t note is that it was wrong then, too. Michael Ben-Yair, the attorney general at the time, investigated the matter thoroughly and concluded that assassin Yigal Amir wasn’t influenced by any rabbi or by any broader “climate of incitement.” And like Haaretz, Ben-Yair can hardly be suspected of rightist sympathies; he’s a radical leftist who accuses Israel of “apartheid” and urged the European Union to recognize a Palestinian state even without an Israeli-Palestinian peace treaty.

As Levinson aptly concluded, “The way to deal with terror is to stop terrorist activity. Investigating rabbis might make Meretz chairwoman MK Zehava Galon happy, but it is not connected to today’s reality.”

Yet unjustly smearing an entire community isn’t simply irrelevant; it’s downright counterproductive. The only thing it will ever achieve is to further deepen Israel’s internal divides. And that’s exactly the outcome the Jewish terrorists are seeking.

Originally published in Commentary on January 7, 2016