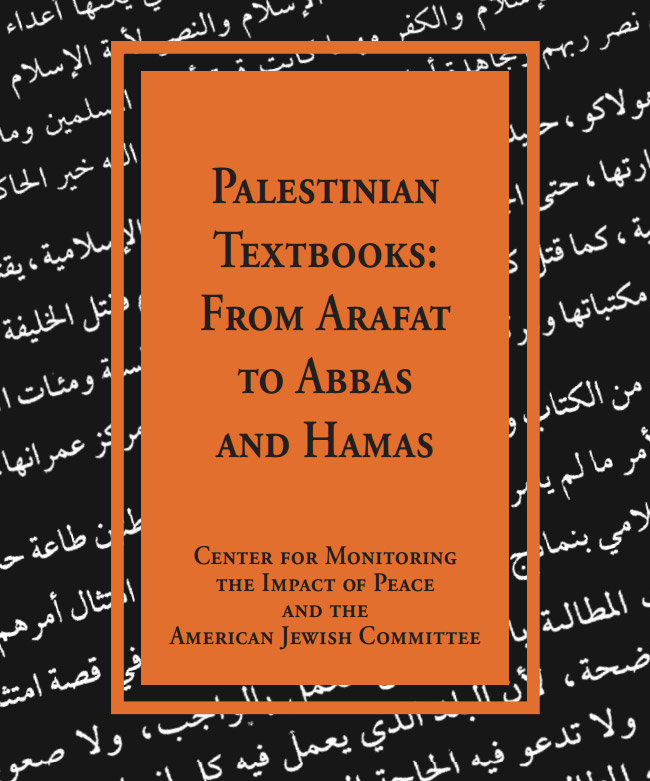 For many years Palestinian schools in the West Bank and the Gaza Strip used textbooks published by the Jordanian and Egyptian authorities, respectively. Even under Israeli rule, between the years 1967 and 1994, those same books remained in use after having been “cleansed” of anti-Semitic and belligerent expressions. Following the transfer of power in the field of education in 1994 to the newly established Palestinian Authority (PA), it reintroduced the old, unrevised Jordanian and Egyptian books, stating at the same time—in response to Israeli complaints—that it would soon publish its own textbooks. Indeed, following the publishing of a few experimental books during the 1990s, the PA in 2000 launched a schoolbook publication process that provided new books to two grades every year. With the publishing of the books for grades 11 and 12 in 2005 and 2006, the process was completed.

In the meantime, some political changes took place within the PA. In November 2004, PA founder and chairman Yasir Arafat died, and Mahmoud Abbas was elected in his stead. In early 2006 free parliamentary elections brought to power a new government led by Hamas, which had been an opposition movement until that time. As it happened, the books for grades 1-10 were all prepared and published under Arafat, while the books for grade 11 were written under his successor, Abbas, and the books for grade 12, under the Hamas government.