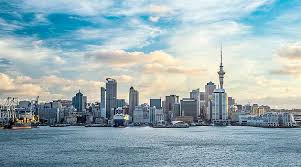 Consumer warning: Some contents may be disturbing or unsuitable for politically correct and sensitive individuals. Guidance is advised.

For those who just cannot bring themselves to acknowledge the inane and insane behaviour exhibited by members of the international community towards Israel, every outrageous example provokes feelings of frustration, anger and wrath. These reactions please note are not directed at the hypocritical perpetrators but rather at those who blow the whistle and highlight the ongoing campaign of double standards. This past week provided yet more proof of the incessant interference Israel faces. Anyone whose blood pressure rises at revelations of such blatant goings on but prefers to blame the messenger rather than the initiator should stop reading now.

Spouting forth from the heart of the European Union we witnessed more manifestations of malevolence towards the Jewish State. One could aptly call it “Brussels Sprouts noxious crops.”

It was reported that leading Belgian Members of Parliament representing various political parties, nominated Marwan Barghouti for the Nobel Peace Prize. For those not familiar with this “champion” of human rights and peace promoter, a few relevant facts should easily expose the unbelievable farce associated with this decision. This nominee is currently serving five life sentences in an Israeli jail for being complicit in shooting attacks which murdered 5 people. At the time of his arrest in 2002 he was the head of the Tanzim, the Fatah terror group. In case you don’t make the connection these are our internationally touted “peace partners.” After he was convicted and incarcerated he was re-elected as a member of the Palestinian Arab Authority Parliament. He is now being touted as a successor to Abbas who incidentally is completing the twelfth year of his 4 year term!

Nominating this eminent person for the Nobel Peace Prize reflects the twisted thinking and warped logic one has come to associate with many European politicians. However if someone like the late unlamented Yasser Arafat could be awarded the Nobel Peace Prize then I guess there are no depths to which Israel haters can descend.

The next example of international interference is exemplified by the French desire to trump the Americans and assert themselves as a world power. In a perfect display of Gallic arrogance they have embarked on a performance of French follies. Fresh from voting at UNESCO to delegitimise any Jewish connection to the Temple Mount and Western Wall they now intend to call an international conference to lay down parameters for Israel/Palestinian Arab peace talks. This is exactly what Abbas and friends were hoping for because it obviates the need to deal directly with Israel, avoids the need to make concessions and above all encourages others to pressure Israel and give a pass to our terror supporting non partners. The best proof that this is indeed the plan was provided a few days ago when the French PM visited the region. The Israeli PM told him that he is willing to travel to Paris for face to face direct talks with the PA with all subjects on the table. When this idea was broached in Ramallah the PA Prime Minister shot it down quicker than it will take an Iranian missile to reach Israel. Letting the cat out of the bag the PA Prime Minister accused Israel of trying to avoid international pressure thus validating the fact that this is what Abbas really wants. Why meet and negotiate when you can get others to lean on Israel and demand the impossible? Any dispassionate observer of the UN knows exactly what chance Israel has of safeguarding its legal and historical rights in this situation.

Talking of Iran, this week has also demonstrated the toxic after effects of Obama and Kerry’s non agreement with Iran. Apart from revelations that the whole campaign to sell this deal was one big exercise in fraud and spin, the Iranians themselves have once again provided perfect proof of where everything is heading. A senior Iranian military commander proudly proclaimed that once the go ahead is given, Israel can be wiped out in less than eight minutes. This followed hard on the heels of the Iranian supreme leader boasting that neither the USA nor the rest of the world could stop its missile development programme. No expressions of outrage have been heard emanating from all those who peddled and continue to praise the fatally flawed (non) agreement. Meanwhile the billions keep flowing and Obama implores companies to do business with a country dedicated to the genocide of the Jewish State.

The finale to a less than memorable week was provided once again by the New Zealand Foreign Minister. At the time that NZ was elected to the UN Security Council I pointed out that it would provide a good opportunity for a small liberal democracy to inject a note of reason and balance into the feverish and fetid anti Israel atmosphere prevailing in that body. I expressed doubts as to whether this would in effect occur. Despite portraying itself as having an even-handed approach the results have been distinctly disturbing. I make no apologies for exposing on every occasion the blatant inconsistencies and outright distortions which have characterized attempts to solve the impossible. There is nothing wrong in trying to broker peace but it has to take note of realities and not ignore like most UN members do, the underlying causes of 68 years of unrelenting violence and hate. Given New Zealand’s history of exemplary relations with its Jewish citizens ( and compared to Europe it has been a shining beacon of liberality) and its early enthusiastic support for a restored Jewish homeland, it is more than disappointing to see in which direction today’s political establishment is heading.

In an attempt to provide the FM with an opportunity to explain his position an invitation was issued for him to address the Jewish Community in Auckland. The organisers are to be congratulated for initiating this exercise whereby questions could also be asked and a civilized exchange of views could be held. If anyone, however, had visions of Mr. McCully having an epiphany on the road to Auckland they were to be sorely disappointed. Instead of acknowledging that perhaps some of his assumptions were based on erroneous facts and that perhaps the culture of jihad, hate and refusal to accept any legitimate Jewish presence in the region were at the root of the problems we face, he merely reiterated well-worn and discredited slogans. Presumably the murder and persecution of Christians, Kurds, Gays, women and others in the Arab world plus the promotion of Jihad are all insignificant and would anyway disappear in a flash if only Israel would agree to the creation of yet another dysfunctional terror supporting State in its very midst.

All that was predictable from the beginning. There were however in my opinion two statements made by the FM which are not only outrageous but also demonstrate exactly why neither he nor the Government he represents can be viewed as honest brokers.

As reported, the first pearl of wisdom was:

McCully refused to accept that attacks by Palestinians on Israelis were acts of terrorism…saying that Israelis and others could call them terrorism but he would not.

In other words the blowing up of Israeli buses, the murder of mothers in front of their children, the stabbing of civilians are NOT in his expert opinion, acts of terror. Is it any wonder that this incredible statement merely proves that he is incapable of offering anything of value to the deliberations at the corrupt UNSC? Why should we, the targets of this so-called non terror, take anything he says seriously?

The second pearl of wisdom was this:

Mr. McCully appealed to the Jewish community to contacts friends and family in Israel to seek their cooperation in persuading Israeli Prime Minister Benjamin Netanyahu “to cease his settlement activity”.

How would he react if the Israeli Government told its citizens to write to family and friends in New Zealand to put pressure on Prime Minister John Key to hand back the colonial established settlements of Auckland and Wellington? As NZ believes that half of Jerusalem is an illegal settlement, does he also advise local Jews to write to their family and friends to desist from visiting and praying at Judaism’s holiest site and evacuate the City of David forthwith?

The implications of these two statements by the FM are astounding and indicative of where incessant interference in matters totally beyond the understanding of politicians can lead.