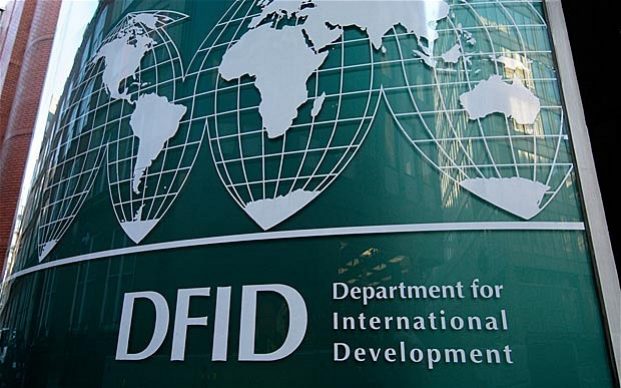 A multi-million pound foreign aid project aimed at promoting Palestinian state building and peace has instead encouraged terrorism and led to an  increase in violence, The Telegraph can disclose.

An official report found that the five-year project encouraged public sector employees to engage in “active conflict” since their salaries were  paid to their families even if they were convicted and imprisoned for criminal acts, including terrorism.

On completing jail sentences, civil servants were able to return to their  jobs which had been “kept open when they return from detention”, and  continue to draw a salary funded by the UK taxpayer.

It comes as MPs prepare for a parliamentary debate on foreign aid spending,  held on Monday in the House of Commons.

Sir Eric Pickles MP said: “Sadly, the Palestinian Authority role has deteriorated to, at best, the cheerleader to acts of violence to, at worst,  the operator of a revolving door policy for terrorists.

“British taxpayers will be shocked to learn that we are helping to fund an  equal opportunity employment policy for convicted terrorists.”

Rt Hon Joan Ryan MP, Chair of Labour Friends of Israel called for an  independent inquiry to “ensure that taxpayers’ money assists the process of  building peace and coexistence rather than ending up in the pockets of  convicted terrorists”.

The report, written by the Overseas Development Institute, found that  DFID’s grant failed to “promote peace or peaceful attitudes” and appeared  to lead to an increase in violence among Palestinians.

The DFID funds were enough to cover the salaries of 5,000 civil servants  over five years, the report said, but the more foreign aid money was spent on public sector employment, more “conflict-related” deaths occurred.

“The study suggests that in the West Bank, an increase in the number of  public sector employees is associated with an increase in Palestinian  fatalities due to conflict,” the ODI report said.

“An increase in public sector employment by one per cent is associated with  an increase in fatalities by 0.6% over this time period.”

The report cited the “opportunity cost” hypothesis which states that  “conflict, and therefore fatalities, are more likely when the opportunity  cost of engaging in conflict is lowered”.

it goes on: “For public sector employees, the opportunity cost of conflict is lowered  as their employment will be kept open when they return from detention, and  their family will continue to be paid their salary.”

Ms Ryan said the report “adds to the mounting concerns about the support  which DFID is providing to the Palestinian Authority”, and that she has “no  confidence” in DFID’s internal review into UK spending in the Palestinian  territories.

“This is an issue which has been put to the department repeatedly over  recent years and which is has consistently and repeatedly failed to act  on,” she said.

Lord Polak CBE, a Tory peer, said: “We have been campaigning for many  years to ask DFID to ensure that UK taxpayers’ hard-earned money was  reaching the right places and not the wrong pockets.

“DFID and the FCO will  now need to rewrite their parliamentary answers”.

A DFID spokesman said: “The ODI report clearly states that UK support on  the ground helped prevent economic collapse and an escalation in violence.  In turn this reduces the risks of further displaced people leaving the  region.”