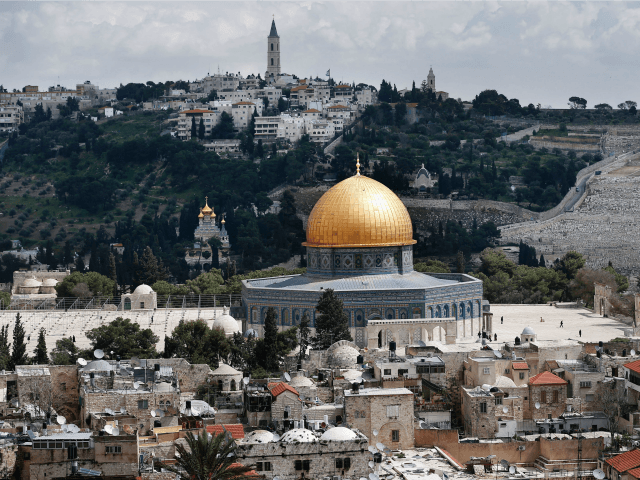 TEL AVIV – Members of a UN agency who attempt to erase Jewish and Christian ties to Jerusalem’s Old City are damaging its status as a World Heritage site for all three monotheistic religions, UNESCO’s Director-General Irina Bokova warned on Friday.

“To deny or conceal any of the Jewish, Christian, or Muslim traditions undermines the integrity of the site, and runs counter to the reasons that justified its inscription in 1981,” Bokova wrote in a statement posted on the organization’s website.

Israel is currently embroiled in a struggle to stop the UN agency’s World Heritage Committee from passing a resolution ignoring historical Jewish connections to the Temple Mount, referring to the site only by its Muslim name al-Haram al-Sharif.

The 40th session of the WHC began on July 10 in Istanbul and will decide whether to continue giving protection to 29 sites around the world. But following Turkey’s failed military coup over the weekend, the committee was forced to restrict its agenda to a “limited number of items,” a statement released by UNESCO said.

The resolution, submitted by Jordan and Palestine (recognized by the UN agency as a member state), refers to Israel as “the occupying power” and attacks Israeli practices around the Temple Mount, including accusations that Israel is engaged in “intrusive constructions, tunneling, and underground excavations,” as well as “aggressions against religious sites and prayer places.”

The text referred to the Western Wall once and only in quotation marks.

The European Union attempted to draw up a compromise text, the Jerusalem Postreported, but Israel claims it is no better than the original.

Siding with Israel, Bokova, who is in the running to become the next secretary-general of the UN, said that Jerusalem’s Old City “is the sacred city of the three monotheistic religions — Judaism, Christianity, and Islam.”

“I am concerned about the way physical violence is being associated with symbolic violence, as well as the will to erase history and instrumentalize culture.”

“When these divisions carry over onto UNESCO, an Organization dedicated to dialogue and peace, it prevents us from carrying out our mission,” Bokova said.

In October, UNESCO intended to vote on a resolution stating that the Temple Mount is exclusively a Muslim holy site, but retreated due to international pressure.

Nevertheless, the agency’s 58-member Executive Board adopted a resolution in April that entirely ignored any Jewish ties to the Temple Mount. The Mount, the site of both Jewish temples, is considered Judaism’s holiest site.

At the time, Bokova spoke out against the resolution, saying that “nothing should be undertaken to alter [Jerusalem’s] integrity and authenticity. It is a mosaic of cultures and peoples, whose history has shaped the history of all humanity. Only respect and dialogue can build the trust we need to move forward – this is the strength of UNESCO, for the benefit of all.’”

“I’ve said several times in the past that it should be forbidden to politicize UNESCO. As the director-general, I took a clear stance regarding circumstances which might have inflamed already heated issues in the Middle East, the Old City of Jerusalem and its walls, which are both recognized as UNESCO World Heritage Sites,” Bokova wrote.