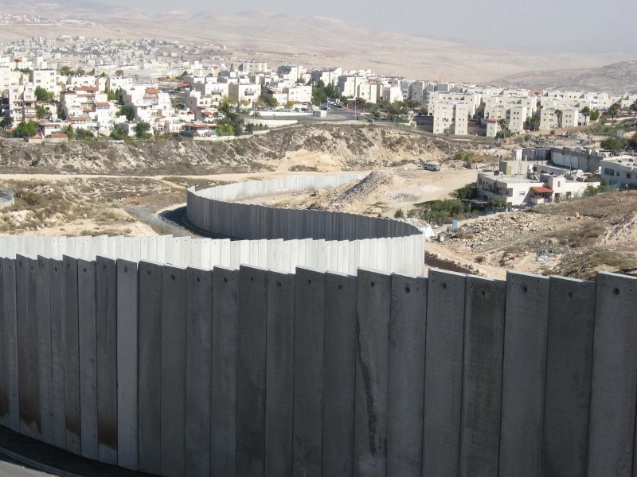 There was a time not long ago when the notion of a two-state “solution” to the conflict in Israel was considered anathema and dangerous, the very definition of an anti-Israel stance. Menachem Begin perceived the rise of a Palestinian state as a dire threat to Israel’s very existence. Even the dreadful Oslo Accords made no reference to it, and Yitzchak Rabin declared, perhaps disingenuously, that the Oslo Accords would thwart the creation of a Palestinian state.

My, how times have changed. Successive Israeli governments of both left-wing and right-wing varieties have endorsed, at least in theory, a two-state solution, prompting the American government under George W. Bush to support the same under the right circumstances. That little progress has been made towards achieving that goal is due to the obstinate and violent tendencies of the Palestinian Authority, its tacit and occasionally explicit support of terror, the failures of Oslo, and the perpetuation of the Arab dream of destroying Israel.

This has been a sea change in Israeli politics. But just like opposition to a Palestinian state faded in the way of a changed political reality in the 1990’s and 2000’s – even if the “change” was illusory – so too support of the two-state solution in a normal world should also be subject to changed circumstances.

Thus, it is clear that a sizable majority of the people of Israel today oppose the partition of the land of Israel to facilitate another Arab state. Sadly, this is recognition less of the divine gift of the land of Israel to the Jewish people than appreciation of the obvious fact that there is no partner for partition or peace, and no foreseeable partner on the horizon. Every time land has been surrendered in the past, the result has been more terror and more deaths of Jews, more maiming, more shattered families and more insecurity. One would think that this should cause a reassessment of the attraction and appeal of a Palestinian state.

Tell it to liberal Democratic Jews in the United States.

The report that the ADL and the Israel Policy Forum have criticized the Republican Party platform for omitting from the party platform support for a two-state “solution” is bizarre, inconceivable, dangerous, harmful to Jewish interests, turns reality on its head – and is quite unsurprising.

Granted that the ADL is fifty years past relevance – its influence rests on illusion and access but devoid of influence, power and achievement – and that the Israel Policy Forum is another liberal Democrat front group that is seeking to impose its will on the Israeli people. But both the optics and the substance are bad, and harm has already been done –harm with which the Jewish people are quite familiar: self-inflicted damage.

The more distant one is from Torah observance, the more likely it is one will be a Democrat.
The stated reason for the criticism of the Republican Party is that the deviation between the Republican and Democrat parties’ platform on Israel matters threatens the “bipartisanship” that has always shaped American policy to Israel. But anyone whose Jewishness transcends their American political party affiliation – and has been paying attention – recognizes that, for some time, while support for Israel in Congress is bi-partisan, the two major American political parties long ago diverged in their attitudes towards Israel. Surely people recall the travesty of the 2012 Democrat National Convention when clear majorities of the assembled opposed the “Jerusalem is Israel’s capital” plank but were overruled by the chair in a farcical display of face-saving.

Polls clearly show that upwards of 75% of Republicans have strong, positive feelings towards Israel while a bare and shrinking majority of Democrats can still be called pro-Israel. Maintaining the chimera of a “bipartisan” approach is more and more difficult to sustain. Indeed, AIPAC did not distinguish itself at its last conference by allowing a group of hecklers to disrupt Donald Trump’s speech without attempting to stop them and then apologizing for the applause in the audience for statements made that attacked President Obama. But the criticism of the Republicans for not supporting the creation of a Palestinian state is a new low.

Overwhelmingly, today in America most Jews are Democrats. They fund the Democrats, support the Democrats and will vote for the Democrats – regardless of a Democrat’s position on Israel. As is well known, many if not most Orthodox Jews today are supporters of the Republican Party. The more distant one is from Torah observance, the more likely it is one will be a Democrat.

What is especially galling, though, are the contortions that Jewish Democrats undergo in order to salve their consciences and maintain their primary allegiance in life – to the Democrat Party. The ADL/IPF statement accords with that conclusion. Rather than try to convince the Democrats to change their platform and oppose a Palestinian state – still synonymous with a weakened Israel, a threat to its existence and a rejection of G-d’s gifts – they instead criticize a Republican party platform for being too supportive of Jewish rights, and thus, to their thinking, anti-Jewish.

That is weird but not unsurprising.

Worse, Democrats have had a nasty tendency to scour the records of any Republican candidate for hints, allusions, symbols or even a hazy connection to anything construed as anti-Jewish while ignoring overt statements, actions, and policies of Democrats that are anti-Jewish. In 2012, for example, Mitt Romney was attacked as anti-Jewish for (briefly) refusing to denounce the Mormon Church’s policy of posthumous conversions, including of Jews, as if that was the most grievous problem threatening Jewish life. That is how far the Jewish Democrats had to go to find something, anything, with which to diminish Romney, his obvious warmth for the Jewish people and his unwavering support for Israel.

By contrast, Jewish Democrats minimized and then ignored Obama’s long-association with his Jew-hating pastor, Reverend Wright. They disregarded Obama’s hostility and disrespect towards Israel’s Prime Minister and his support for groups that are explicitly and shamelessly anti-Israel. And, of course, they are forced to ignore Obama’s agreement with Iran (supported by Hillary Clinton) that paves the road to a nuclear bomb for a country that boasts of its intentions to destroy the Jewish State, and provides Iran with tens of billions of dollars to carry out its nefarious schemes – and all against the expressed will of the Israeli government and people.

But, perish the thought that support for Israel is not bi-partisan! It has to be, because they say so. Word that these same Jewish Democrats pressured a noted New York rabbi into rescinding his commitment to deliver an invocation at the Republican National Convention is also troubling, and bespeaks a fundamental disdain for the realities of life in a democracy. Such unquestioning support for a party and platform that is arguably unsupportive of Israel’s true interests, and unquestioning hostility to a party and platform that is arguably, unequivocally, the most pro-Israel ever is reflective of an enervation of Jewish identity and commitment and is ultimately self-destructive.

Those who think that it wins support for Israel and respect for Jews should think again.
If I were Barack Obama, and I treated Israel the way he did and found myself surrounded by obsequious Jews who perceived my spittle as rainfall, I would have nothing but contempt for such people.

If I were Hillary Clinton, and I belittled and disparaged Israel’s prime minister, ferociously opposed the construction of apartments for Jews in Yerushalayim, found myself surrounded by obsequious Jews who are bought off with a platform statement about Jerusalem that I have no intention of fulfilling, I would have nothing but contempt for such people.

And if I were Donald Trump, presumptive nominee of the Republican Party, and I went out of my way to emphasize Israel’s right to self-defense, its right to settle anywhere in the land, and my party platform recognized the obvious and did not endorse a two-state “solution” and found myself criticized by Jews for that (oh, and for displaying a sheriff’s star in a tweet), I too would have nothing but contempt for such people.

Their ingratitude is stunning, and their lack of recognition of their true interests is quite revealing. Fortunately, I am not any of those people and so I retain my respect and love for all Jews.

The perception “Democrat always good” and “Republican always bad” that afflicts so many Jews is not only demonstrably false but also gainsays Lord Palmerston’s dictum that “nations have no permanent friends or allies, they only have permanent interests.” Those who voted to support the Iran deal and paid no political price for it are simply induced to negate Jewish interests the next time, and then the next time. When party matters more than interests, then we have successfully impaired our interests irrevocably and reduced our influence to zero.

If opposition to a two-state solution is construed as harmful to Israel and anti-Jewish, then J Street is also “pro-Israel.” Wait – that is exactly what they claim. Carving up the land of Israel, rendering it indefensible, conceding the sovereignty of another group to the land G-d that gave us through our forefathers is now, according to them, a good thing, a desideratum, and denial of that merits recriminations against the two-state apostates. My, oh my.